In Beit Nitzanim, we’ve been playing with the sounds of Hebrew letters and words, listening closely to see what we can hear: “Can you hear the ahh sound in your שם (shem–name)?” “Who has a luh luh ל lamed in their שם (shem–name)?” Children are so ready to show off the Hebrew skills they worked so hard to grow in Shteelim (“Saplings” for kindergarten). 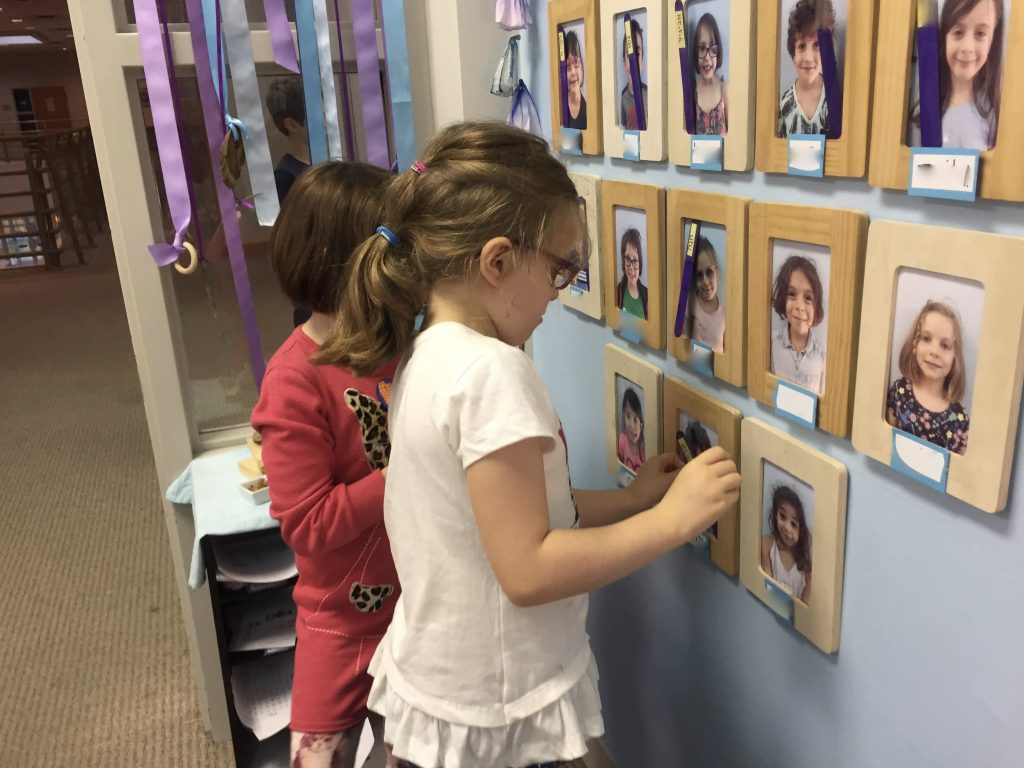 We’re playing running around games in the social hall focused specifically on hearing Hebrew sounds. One of our recent favorites involves taping שם (shem–name) signs around the room. Someone chooses a Hebrew letter, and children have to find all of the שמות (shemot–names) that have that letter in them. Or, children might have to find a vowel sound in their שם (shem–name) by saying their shem aloud and listening. Do they hear the ahh of the kamatz vowel? Or the ee of the chirik vowel? (If only I had a photo of children smiling and laughing together!)

Another new favorite asks children to work in the reverse. When given a letter sound, can they identify which letter makes that sound? One person chooses a Hebrew letter tile and keeps their tile a secret. They give their group a clue by saying the sound that the letter makes. Then, children have to write that letter on their dry erase boards. After everyone has written their guess, the letter is revealed! 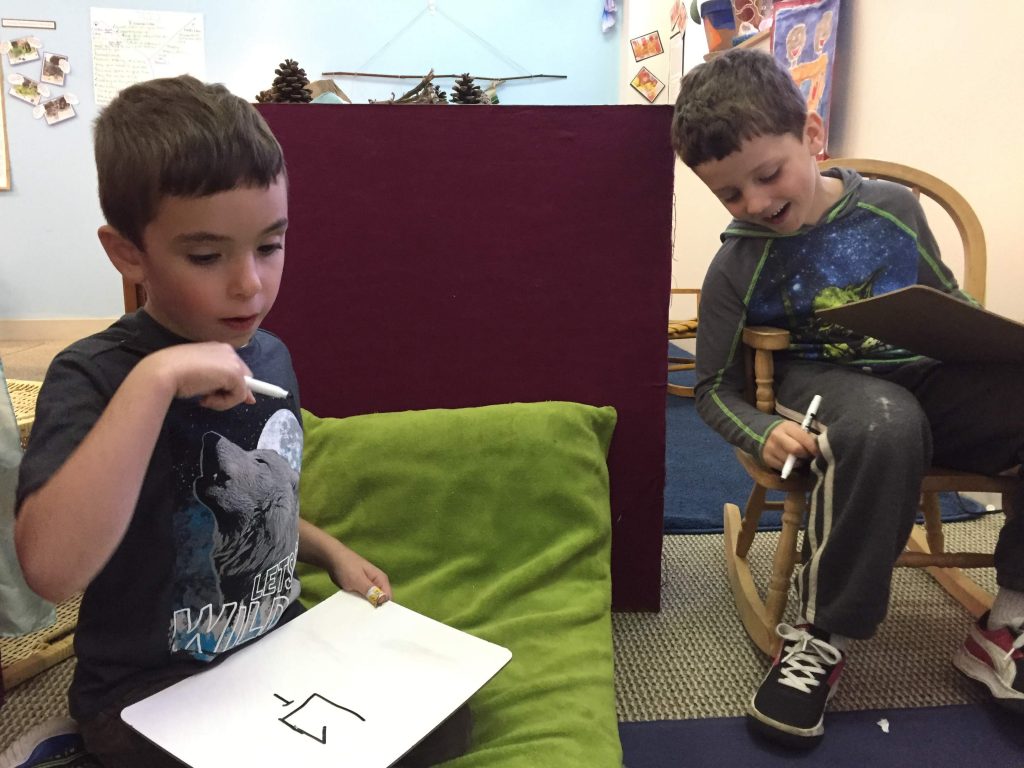 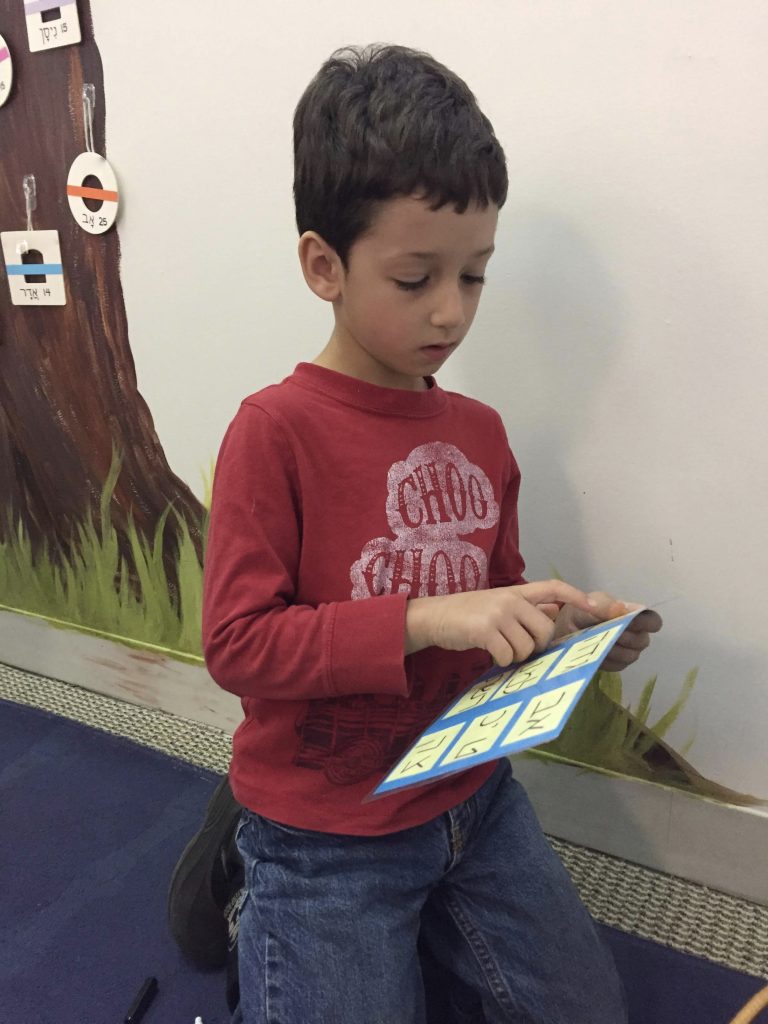 All of this listening work is consolidating children’s letter-sound knowledge so that we can begin to experiment with Hebrew vowels. Children are so excited for their big first grade Hebrew challenge–mastering Hebrew vowel sounds! Stay tuned as a year of fabulous Hebrew vowel exploration unfolds with these curious, capable, and joyful children!