By the time you’re in middle school, you’ve got a lot of examples of things that aren’t nice to say. And, you know not to say them. 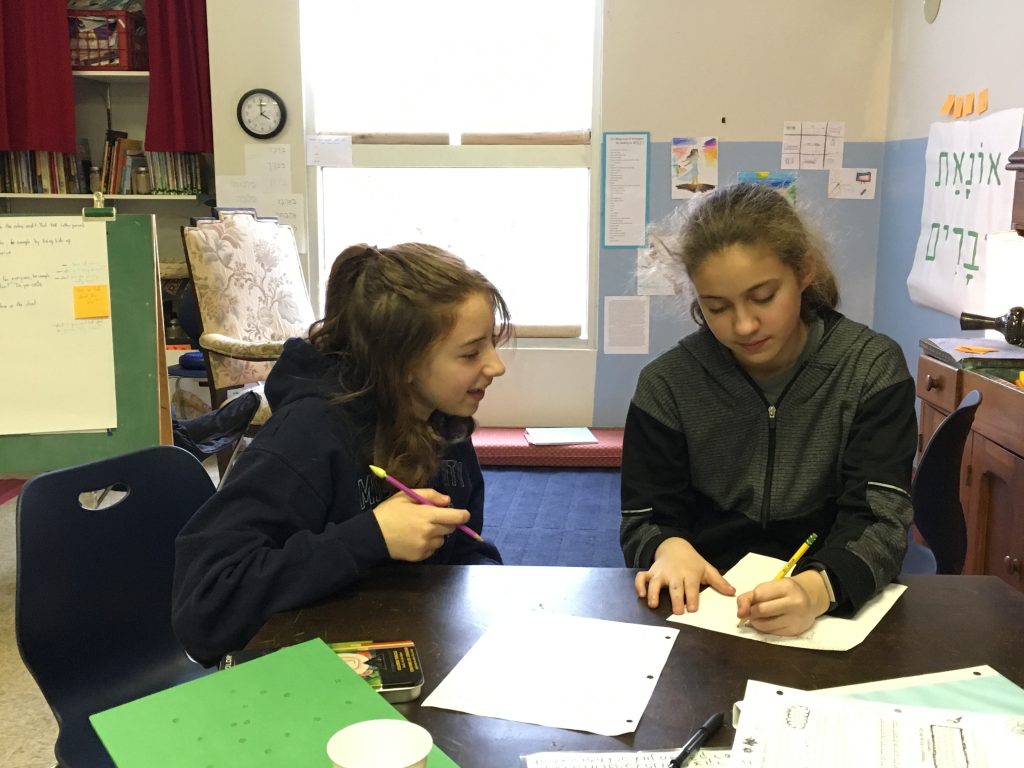 Adding thought bubbles to imagine what comic characters are thinking and feeling. 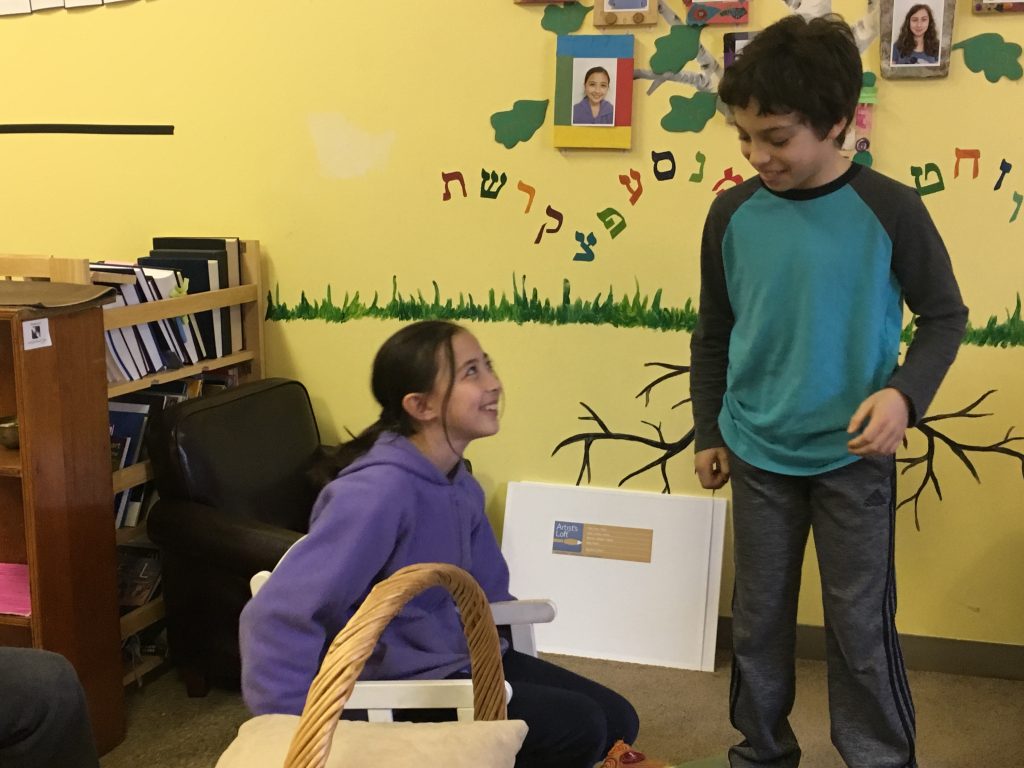 Without prompting from a teacher, one of the characters in their scene is in a wheelchair.

But it’s so hard to accept! As a middle schooler, we feel like we’re never quite good enough. We’re definitely older than those little kids in elementary school (so much bigger and wiser!), but we’re also clearly not big (and mature, which we’re glad about; it’s pretty fun to be a middle schooler) like those high schoolers. And adults? Those people are another category entirely. 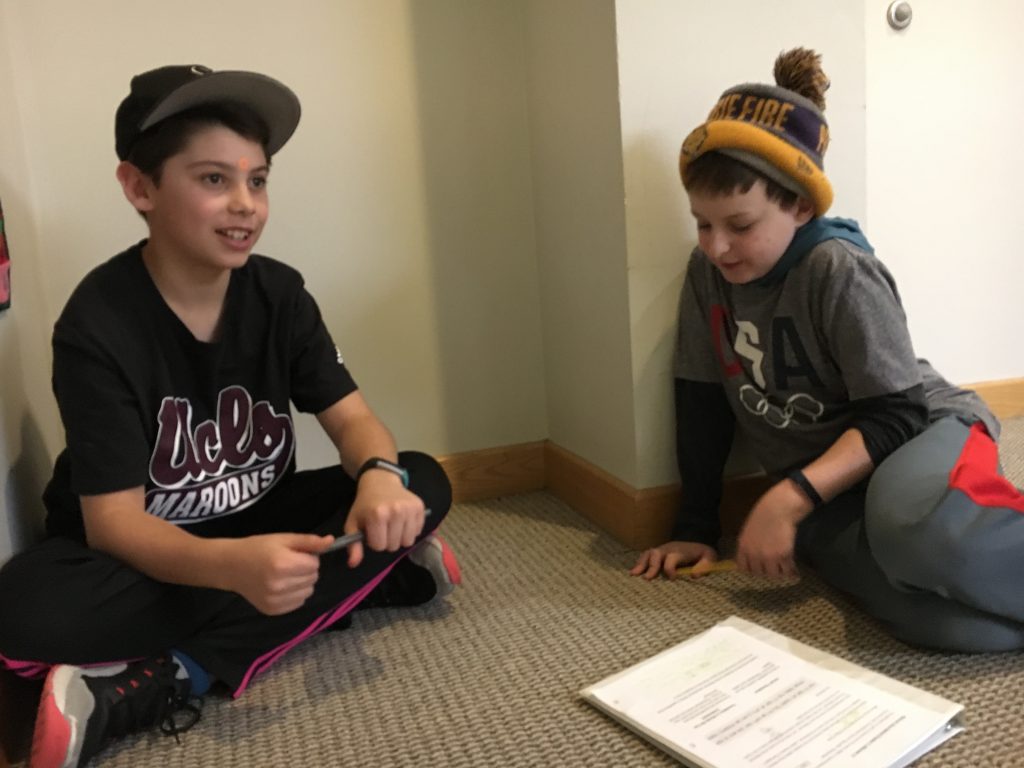 Why would someone yell at someone else? We came up with several reasons that people yell at each other, even though we know it hurts their feelings.

So this week, our middle schoolers began the slow, slow process of climbing inside other people’s brains to discover why they (and by extension, we) might say hurtful things. We’re in dialogue with the ancient rabbis about it, which, it turns out, actually eases our anxiety, because, wow, it turns out that learning to have compassion for yourself and for others is simply part of being human. 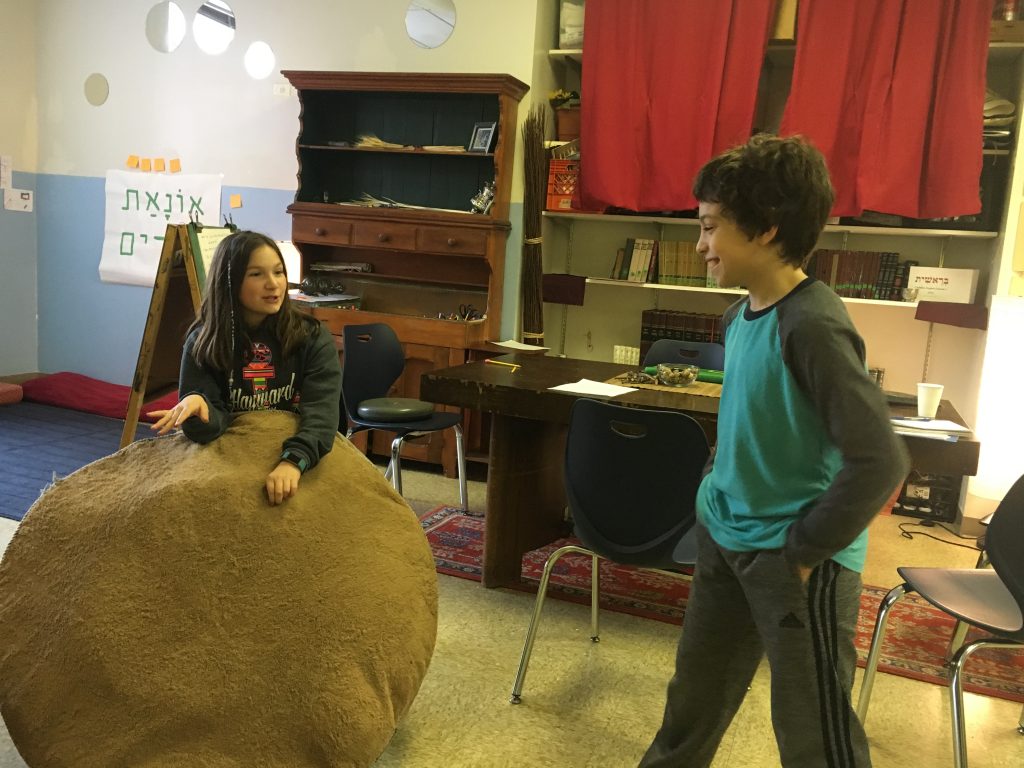 Acting out a scene to at the Apple store to consider the ancient rabbis’ statement that we shouldn’t ask a seller about the price of an item unless we want to buy it.