My, how you’ve grown!

I overheard two children, a first grader and a kindergartener whispering to each other as they worked to match popsicle sticks labeled with צבעים (tzeva’im–colors) to colored felt pouches. They were getting stuck. 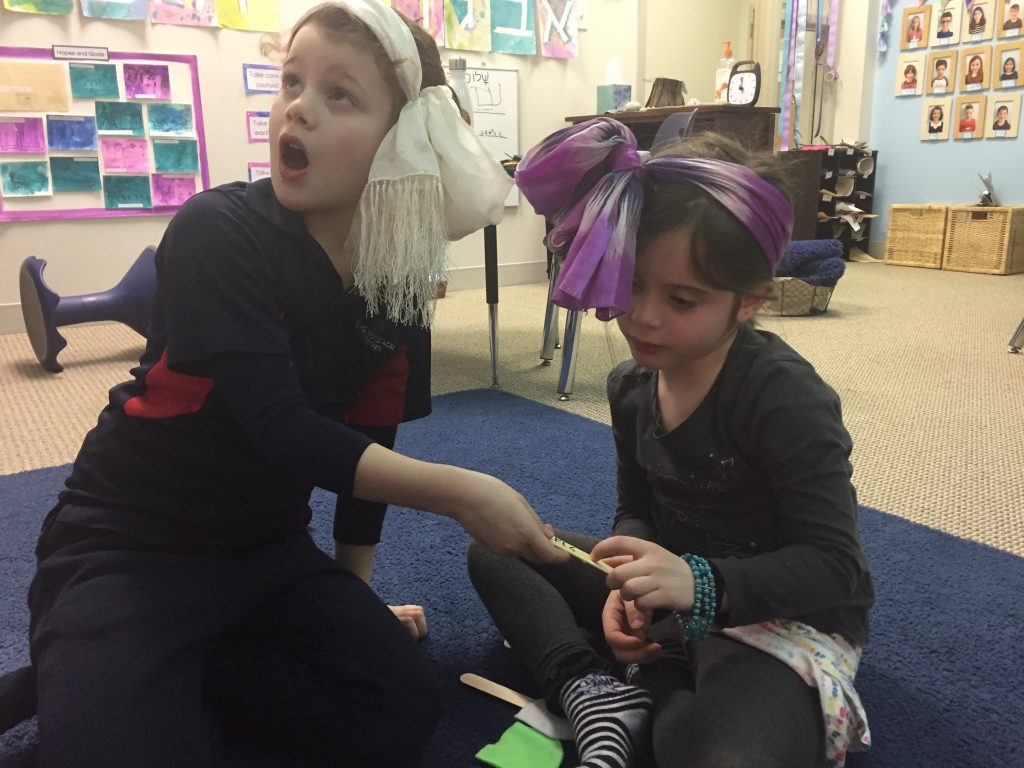 “Let’s start over,” one of them said as she put all of the popsicle sticks back onto the tray.

“Wait, hang on. You just need to slow down and let your brains really think about it. Let’s look together. Which three did you think go with the yellow pouch?”

“These,” they said as they lined up three different popsicle sticks.

“What צבע (tseva–color) is this?” I asked, pointing to the yellow pouch.

“Okay so we’re looking for a stick that starts with the tsa sound. Let’s look one at a time.”

We found two sticks that started with Hebrew letters and vowels that make the tsa sound and one what made the ah sound. Then it was time to move onto the second letter on each stick. One stick had a guh sound for the second letter, so that didn’t work. The other had a hhh sound–it’s a match!

And they were off! What could have been a moment of frustration turned into a moment of exuberance and pride as the sticks found their mates.

“We just needed to slow down and let our brains really think about it,” I heard the kindergartener tell the first grader with a big smile.

My how you’ve grown, Nitzanim! Look how much you can do with Hebrew letters and vowels. You know so many tools and strategies for when you get stuck. It’s amazing how much you’ve learned this year!