Something in the works

Alonimers have spent the past couple weeks reading Torah text about Shavuot. They saw that the Torah says three main things about Shavuot: 1. Shavuot celebrates the wheat harvest, 2. Shavuot comes at the end of the counting of the omer, and 3. People bring bikkurim (the first things that grow) to Adonai on Shavuot.

This week, we gave Alonimers a super complicated rabbinic text about Shavuot. We went through the text as a קבוצה (kevutzah, group) line by line, and we learned that the early rabbis imagined that Shavuot was when the Israelites received the Torah.

Alonimers have a lot of questions coming out of this exploration. They were not satisfied with the rabbis’ explanation of why Shavuot is when the Israelites received the Torah. One Alonimer got on an iPad to try to confirm the rabbis’ train of thought, but we were not able to confirm. 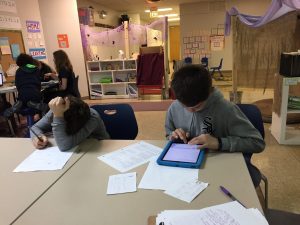 Shavuot has changed and developed over time. We saw how the early rabbis developed Shavuot and influenced how some Jews celebrate the holiday today. Next week, we will learn about even later developments. More to come! 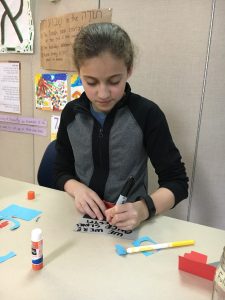 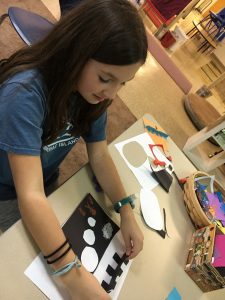