A Way to Revisit

We divided into four groups and read our texts out loud to each other. Then we got to work building scenes from three of the texts we’ve explored during our Bamidbar theme. Each group built a different scene.

These children are scattering quails around the Israelite camp. The “flaky stuff” is in the middle of the scene. 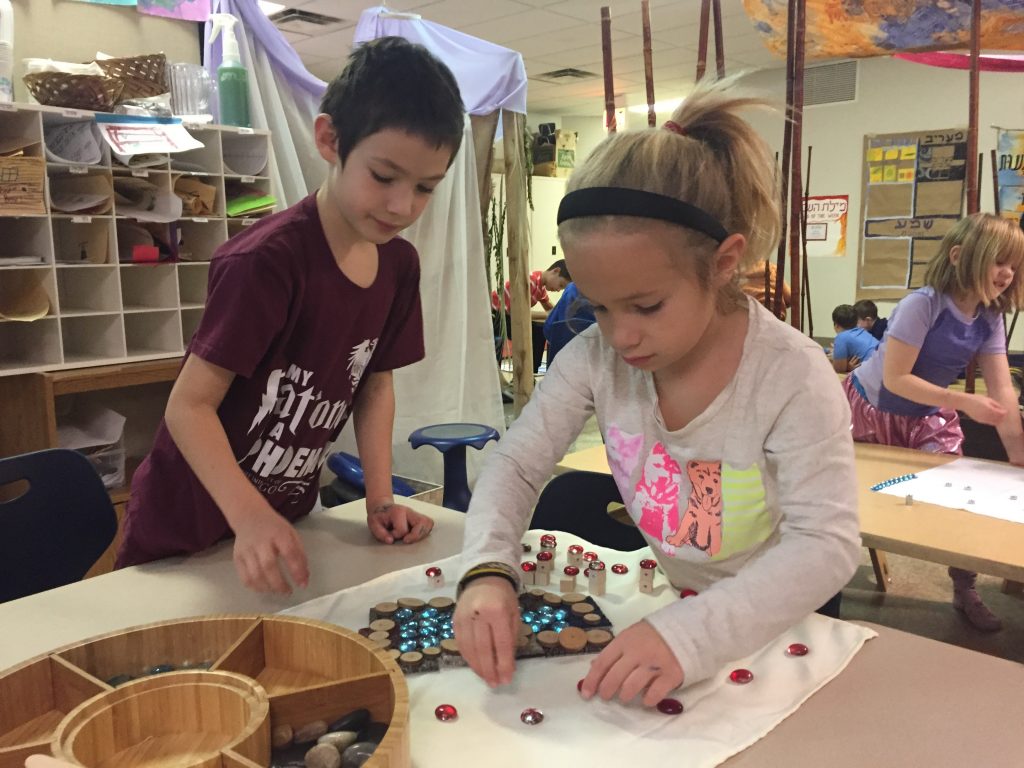 Some children coordinated their building, and worked on the same part of an idea at the same time, like the tree that this group is building so that the Israelites can cut the fruit from its branches. 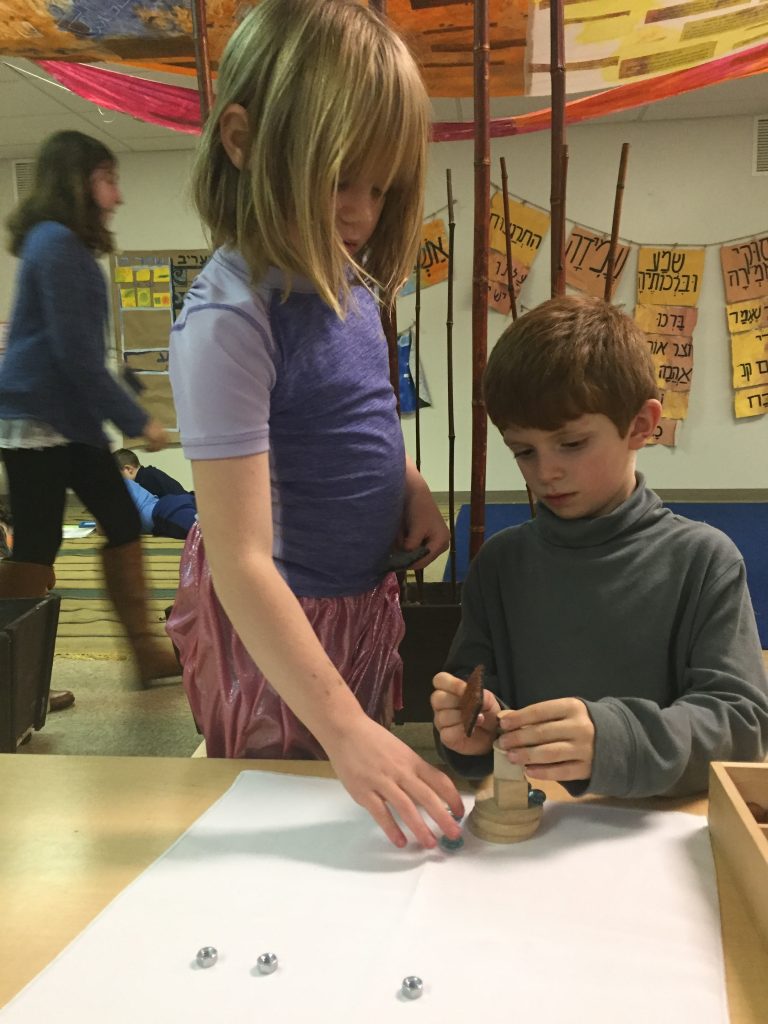 Other children worked on different parts of the same idea. One child is creating a pile of “stuff” (jewels, cloth) the Israelites brought to build the mishkan (portable sanctuary) and the other child is building people for the same scene. 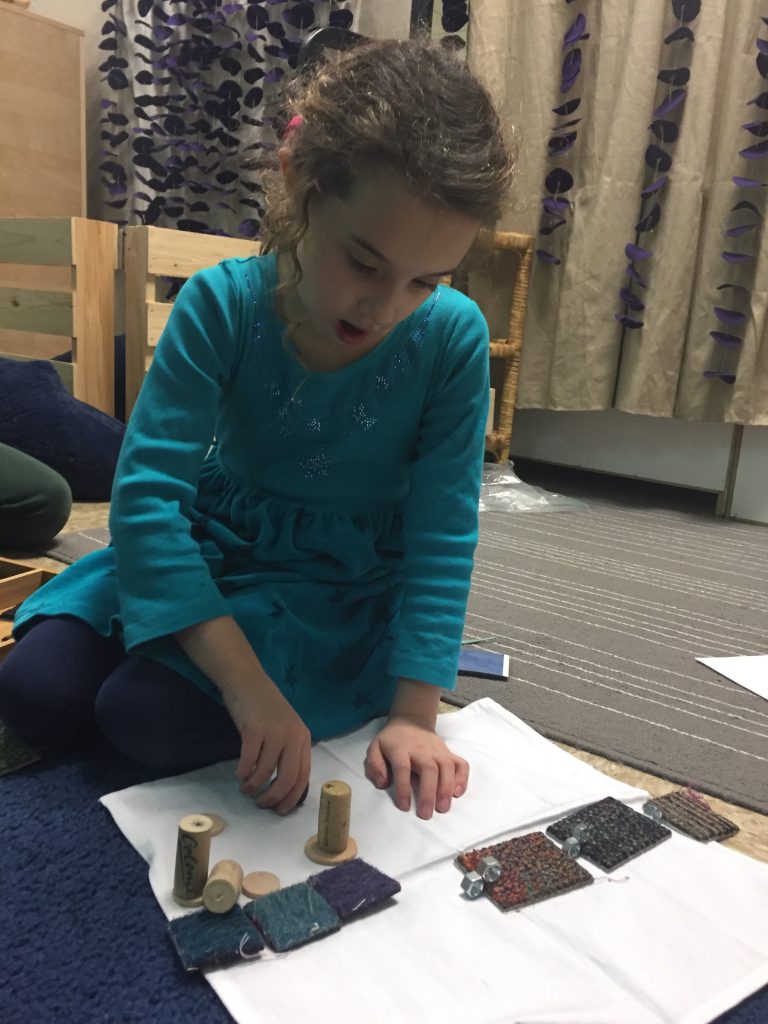 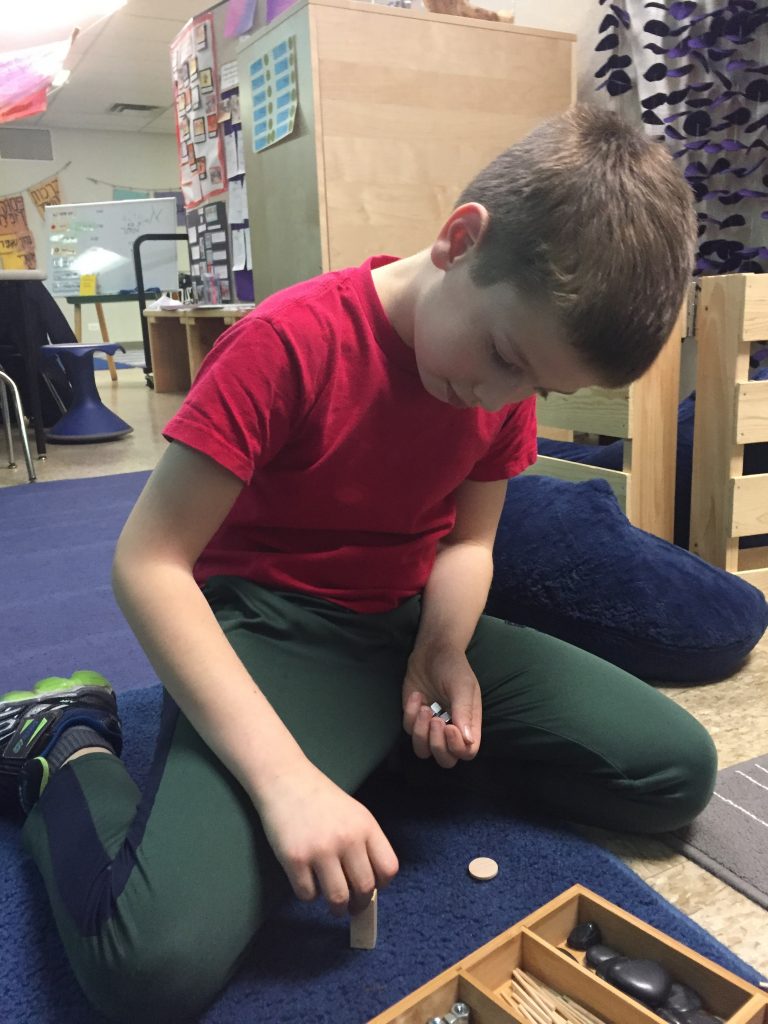 Then, each group took turns reminding us about the text that his or her group built about and describing the scene. This group built the new land in Numbers 14, which the scouts reported had “very great walls.” 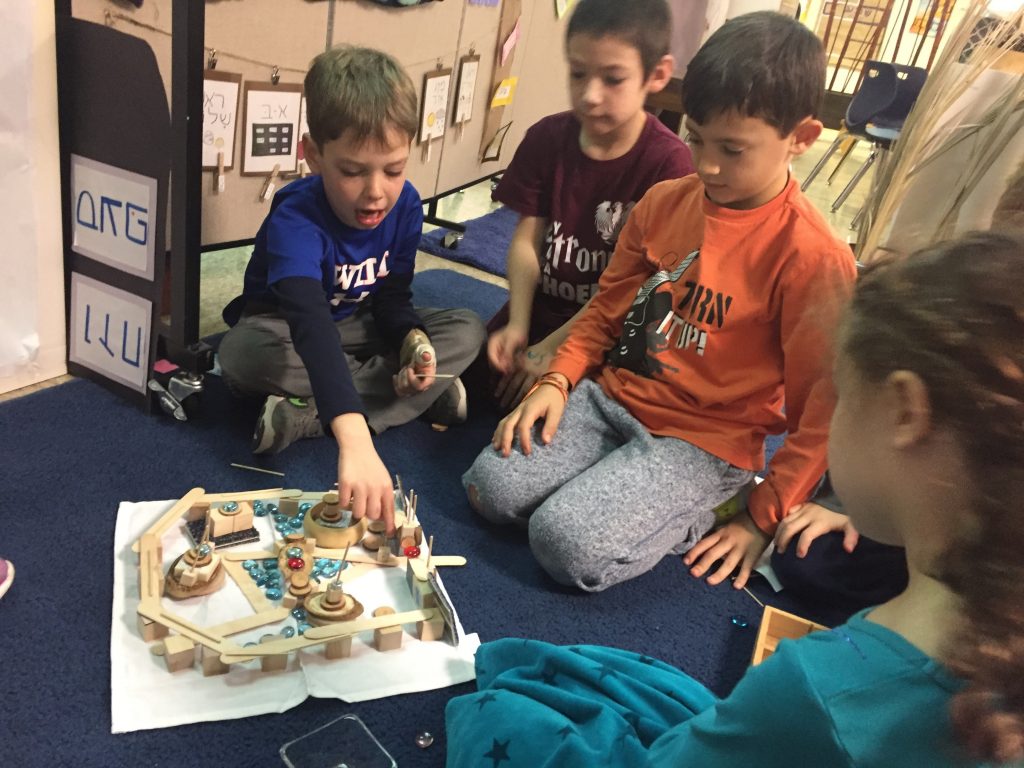 By visiting each other’s buildings, we got a chance to revisit three of the main texts for our Bamidbar theme. We’re ready for Family Exploration and Celebration on Sunday!