Finishing our Mural for שמיטה

This week Shorashimers continued thinking about the idea of הפקר (Hefker- ownerless) together. Before continuing to play in our farming space, children began mapping out what they imagined the field would look like in preparation for and during the שמיטה (Shmitah-release) year. This process led children to think deeper about what their play would look like especially with the new Torah text we have been hearing. As one child shared, “so my map starts at the farm and I plant the rows then we plant beans, carrots, tomatoes, cucumbers, and corn, and then I wait until it grows and then I pick them and eat it right before שמיטה (Shmitah-release). Then as שמיטה (Shmitah-release) starts, I make sure the poor people get food from the store or come to the field to get the food.” Children have had so many ideas during conversation and through play reminding each other that during the שמיטה (Shmitah-release) year, the land belongs to everyone and we help those who don’t have food. 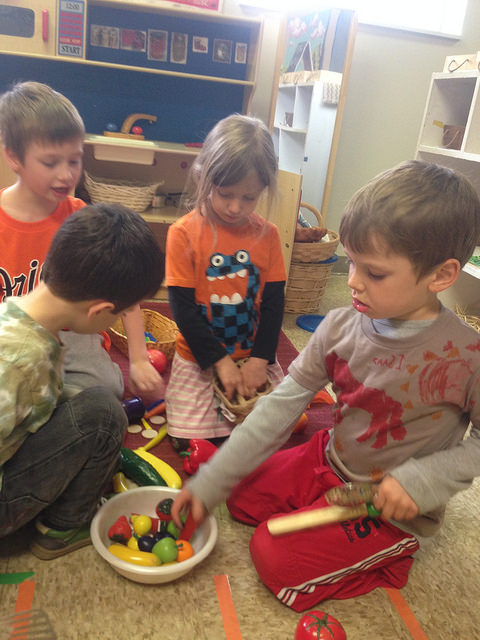 Four and five year olds work together to make food to share with people who don’t have enough during the שמיטה (Shmitah-release) year.

Additionally in our space, children started imaging scenarios that might occur during the שמיטה (Shmitah-release) year and thinking about how they would respond.

Girl 1: All the food ran out in the store and it’s a Sh’mitah year! We can’t plant anymore. But we stored up food for the year.

Boy 1: We also have to save food for the wild animals still.

Boy 2: It’s ok, here are cherries we have saved up and growed to have.

In another scenario children imagined that a flood that came upon the land right as  שמיטה (Shmitah-release) was about to start.

Boy 1: There is a flood! Oo no! Too much water and the food got so muddy. Some of the food is still saved though because some of it is up so high. Some plants got squished though but we are going to try and wash and save them.

Girl 1: And I am going to make food for us to share together with all the people from what was saved.

In addition to all of the imagining and playing in Beit Shorashim together around our theme, I have been so impressed by the level of complex Hebrew challenges that children have completed as our year starts winding down. Shorashimers have been really excited about completing an activity and asking me for the next challenge that they can accomplish! What a beautiful year of learning and growing we have had together. 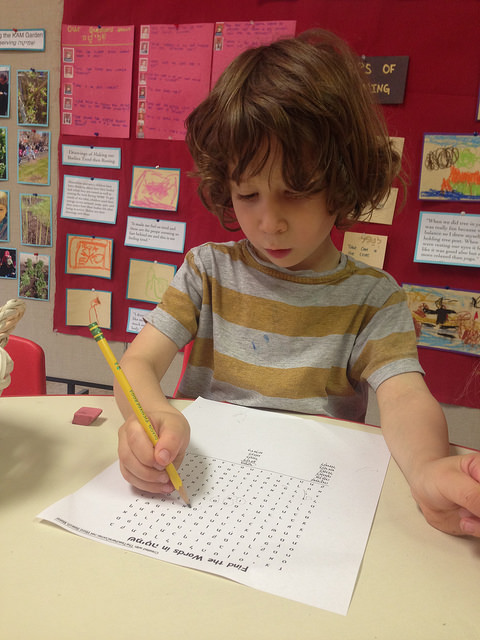 A four year old works on a שמיטה (Sh’mitah) word search in Hebrew! 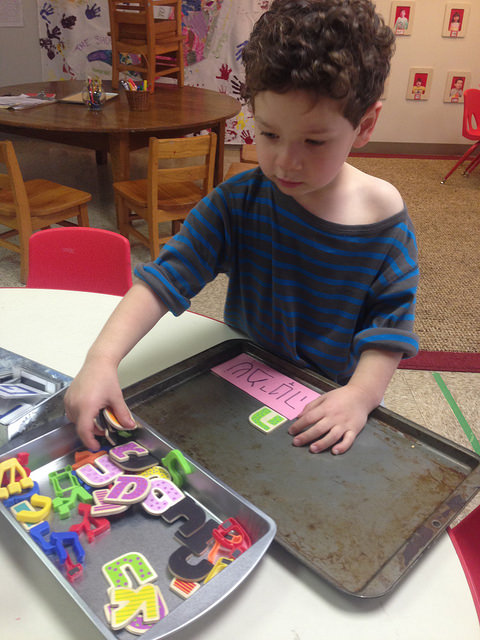 Working on creating the word שמיטה (Sh’mitah) out of magnets and then sounding out the different letters.