Making a mural for שמיטה

Nitzanim has made incredible strides this year during זמן עברית(zeman Ivrit—Hebrew time) both in terms of skill growth and self direction. Over the last few weeks, it has become clear that children are so capable and so familiar with our routine. Today, I looked around the room and every child was engaged with עברית (Ivrit—Hebrew), working independently or in a small group, and treating materials with כבוד(kavod—respect).

So what does it look like for these almost second and third graders? 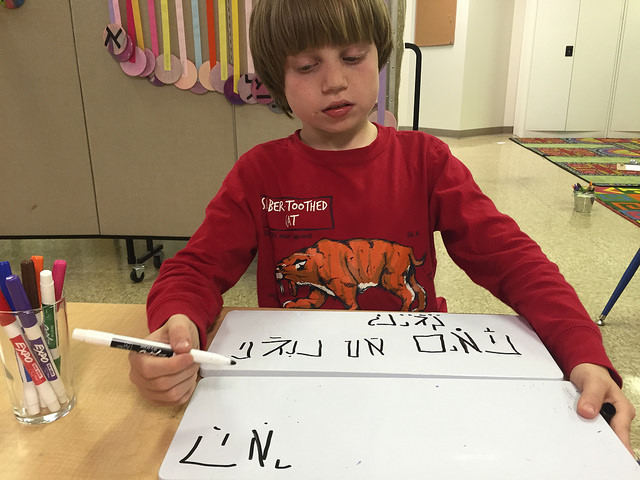 while other children choose to work with a partner or in a small group. 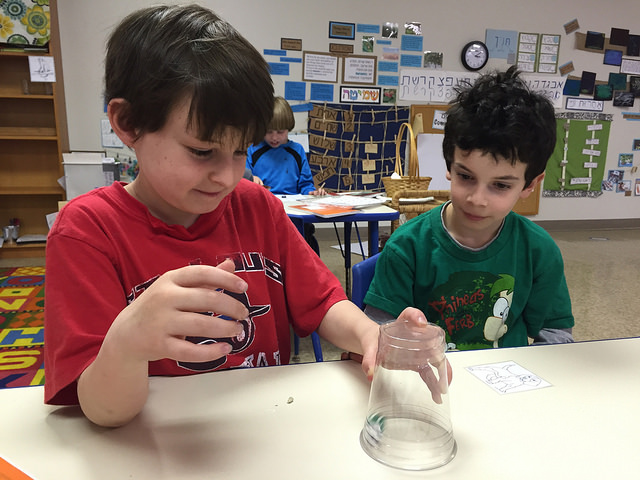 A first grader and a second grader work on a Hebrew challenge involving dice. 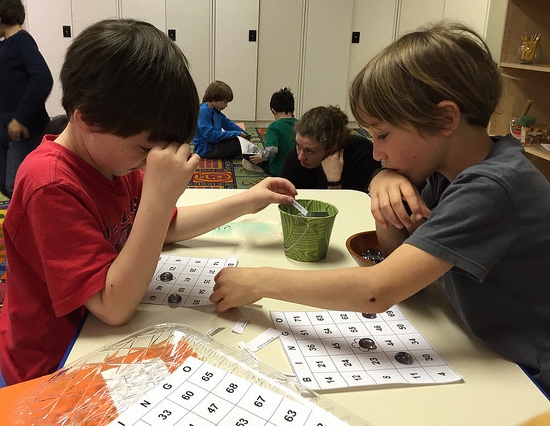 A first grader and a second grader play bingo together.

Some children have worked on reading and understanding full Hebrew sentences. 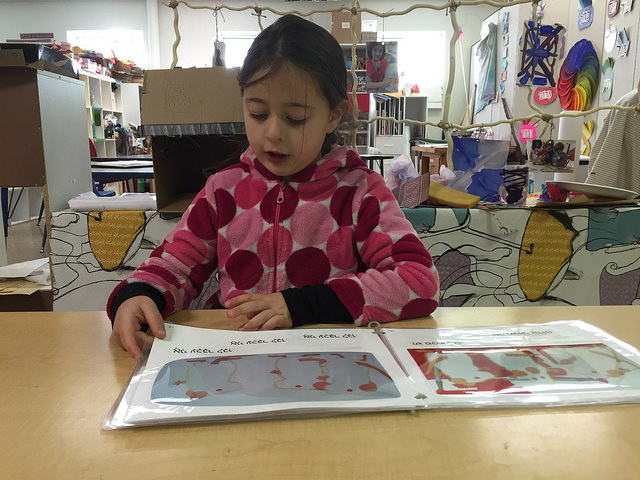 A first grader reads the book “Mouse Paint” in Hebrew.

Many children have worked on the sounds of Hebrew letters and vowels. 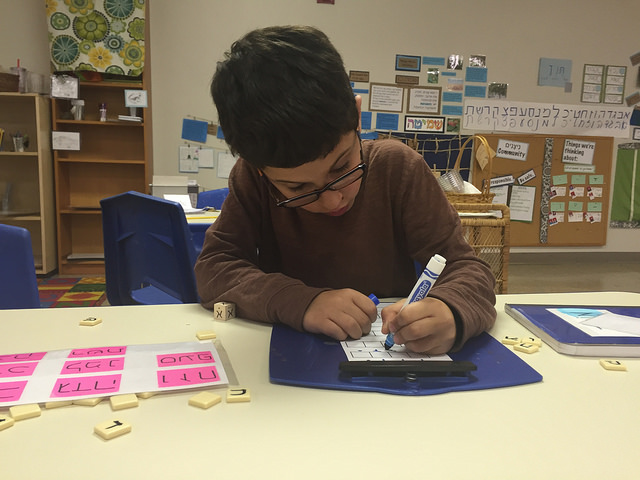 A first grader works on a silly sound challenge.

A few children have chosen to teach themselves how to write in script. 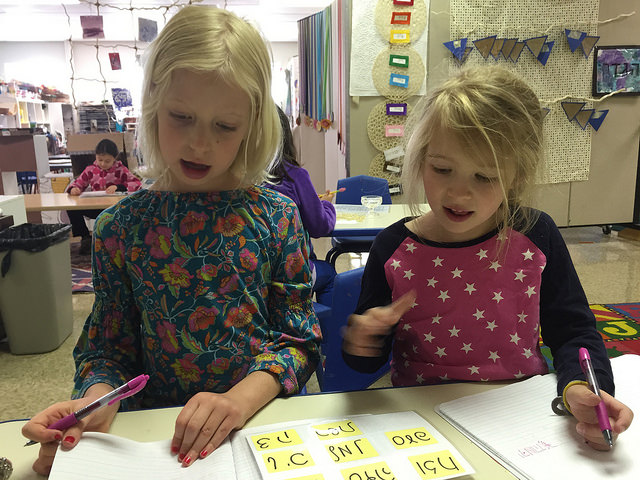 We’ve played a lot of card games (Go Fish, Old Maid, and Flashcard Bang to name a few of our favorites). 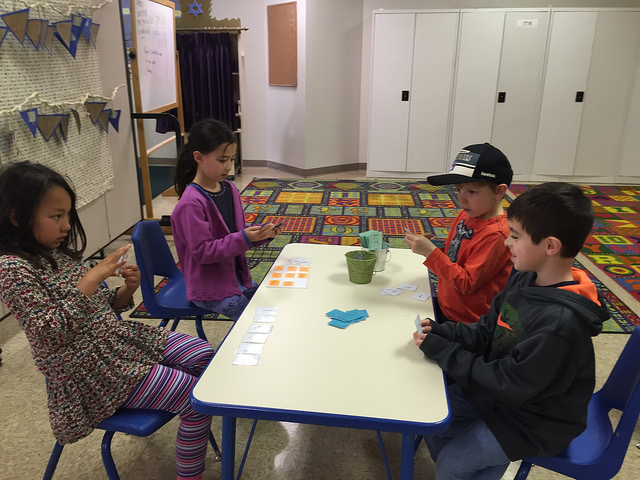 And sometimes children have invented their own games or rules for play. 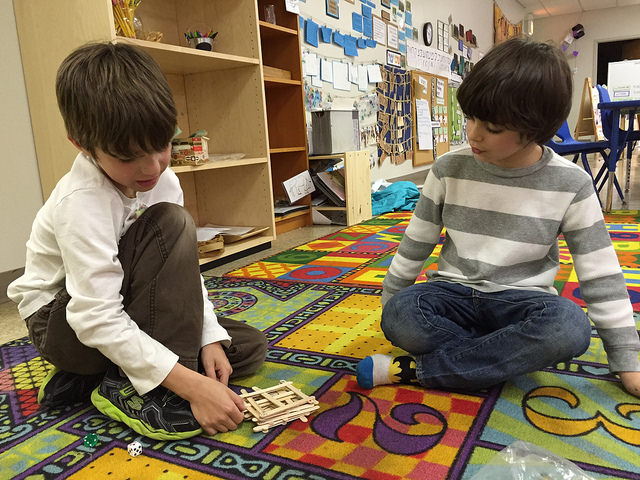 Even with several weeks left to go, we already have so much to be proud of!