Bringing our Ideas about Sh’mitah into the Sun and Soil

Last week, we had explored in more depth the connection between the rest that our bodies need and the rest that the land and the earth need. We did this through guided meditations, yoga, and a movement explorations in which we pretended to be the land in working hard for six years (which was, for us, six minutes), before laying down and resting for a שמיטה (Sh’mitah-release) year. 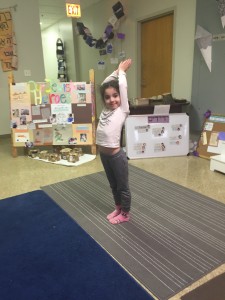 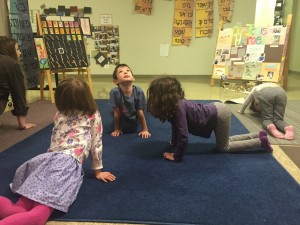 With this connection between Sh’mitah and rest, Shteelim came to the KAMII farm with the expectation that it would be “quieter” than usual, no farmers working, but still with many perennial crops growing. We predicted we might find blueberries, strawberries, lemons, apples, oranges, clementines, sweet potatoes and other perennials growing at KAM. After looking at everything growing there, some of our predictions were right! We also found new crops we didn’t expect, like asparagus and pears.

A Shteelimer stands in front of the berry bush she noticed in KAMII’s orchard, though they hadn’t bloomed yet! 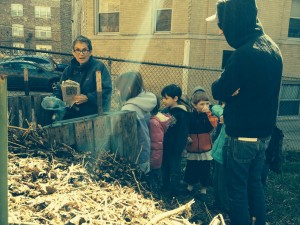 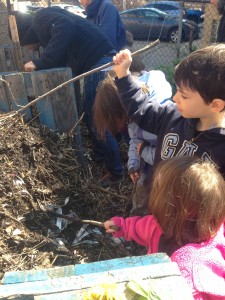 Children help mix up the compost

While we made new discoveries at the garden, Ms. Needlman, the KAMII farmer and educator who guided us, explained that one reason the community decided to observe שמיטה (Sh’mitah-release) because it was like “a Shabbat for the land.” This is a new idea we have begun to explore in the שמיטה (Sh’mitah-release) theme in Shteelim. We also learned that Ms. Needlman distributes the produce from the farm to Doors of Hope, Living Room Cafe, and other places in need of food.

Later in the week, Shteelim who visited the garden were able to share back to other children what we learned. We also joined with Shorashim (“Roots”- nursery) in a new imaginative play area where we planted seeds, grew vegetables, and prepared for the שמיטה (Sh’mitah-release) year! See “Shorashim Prepares the Land for Sh’mitah” for more about how kindergarten and nursery children will be exploring together in this play space. 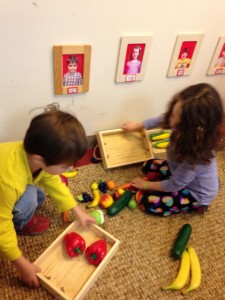 A kindergartener and 4-year-old work together to harvest and sort crops.

Meanwhile, in עברית (Ivrit – Hebrew), we’ve been focusing our attention on מספרים (misparim – numbers). Shteelim had a lot of fun with our new כמה (Kama? – How many?) jar this week, guessing the number of pebbles, beads, or other small pieces in it. Many children are well on their way to being able to count to  מאה (meah – 100) in Hebrew, and we are having a lot of fun with asking and counting ?כמה (“kama?”) of all the things we encounter throughout the day. 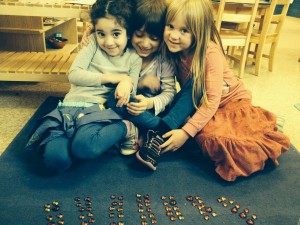