This week, some Shorashimers got to leave the Jewish Enrichment Center to take a field trip to a real garden in Chicago that is observing שמיטה (Sh’mitah-release). We saw some of the Perennial plants they had in their garden and heard about why they decided to and how they observe שמיטה (Sh’mitah-release). This was such a special time for the children and we made sure to share back our experience with our friends who weren’t able to join us. 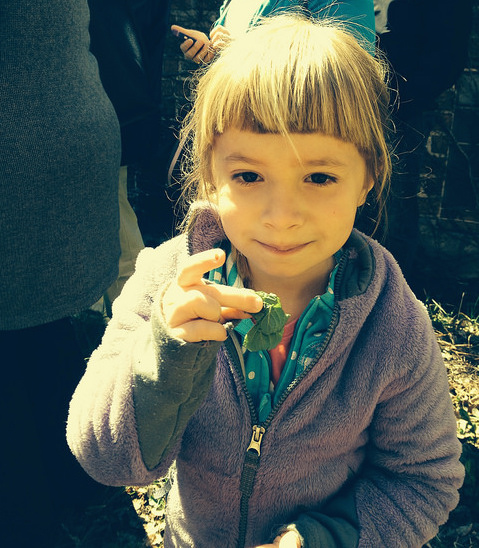 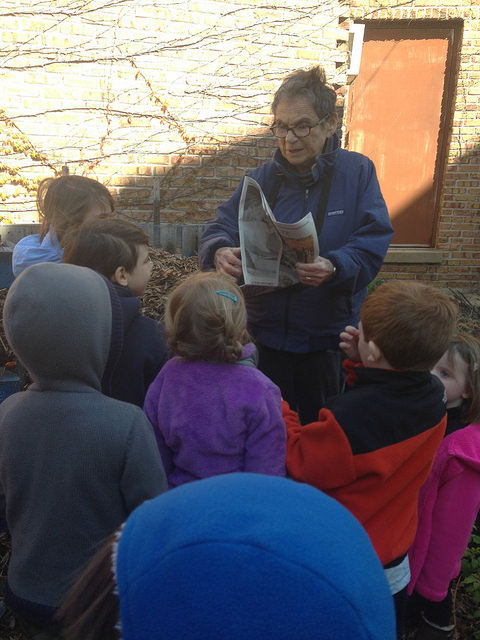 Nursery and kindergarten children learn about and help with the garden compost.

In addition to our garden visit, this was such a special week for us because our space in Beit Shorashim has been completely transformed into an agricultural farm to play in and learn more about שמיטה (Sh’mitah-release). A lot of furniture was moved around and we now have shelves with different fruits and vegetables as well as their seeds, a backdrop of a field, and rows taped off as part of a field. We are sharing this space with kindergarteners and have a block of time each day where we get to pretend like we are real farmers preparing for the שמיטה (Sh’mitah-release) year. 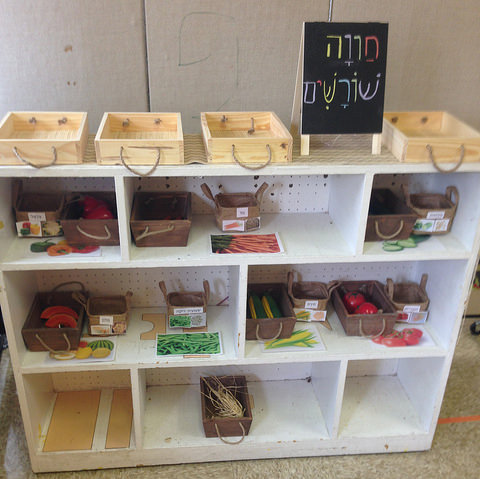 We began by Harvesting wheat! 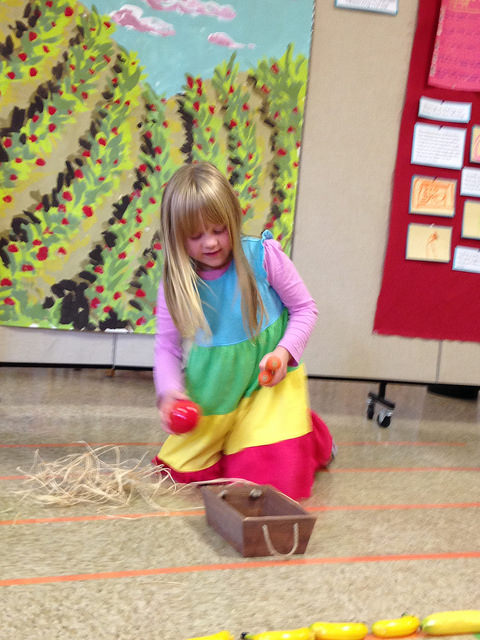 Then we were ready to plant the seeds. 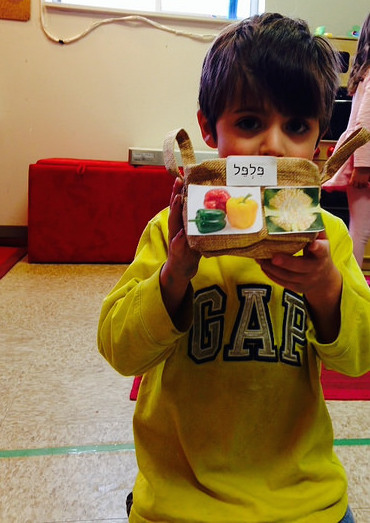 Then we made sure to give it lots of sunlight and מים (mayim-water) so it could grow. 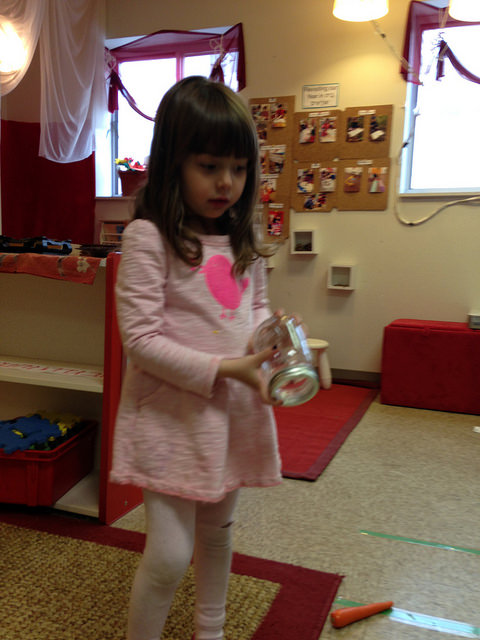 And then our vegetable grew in the field. 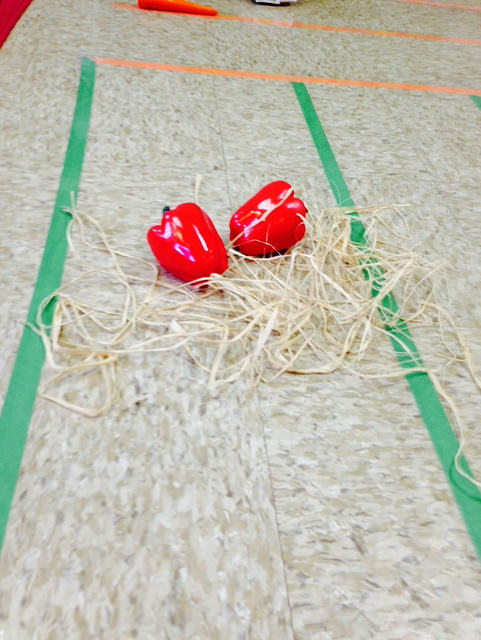 Once they grew, we were ready to pick them. 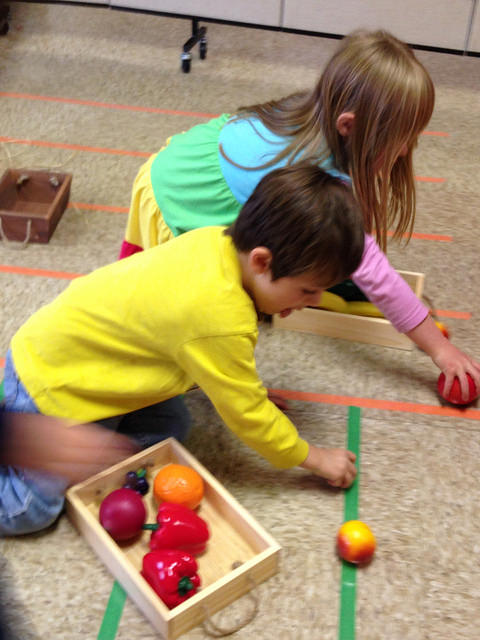 And take them to the store to sort and sell them.

We even made sure to clean up after so we could plant a new crop in the space.