What does your guf (body) do during the laila (night)?

Resting the Land and Our Bodies

This week as Shorashimers became more familiar with the basic ideas of farming, we shifted our focus to the idea of rest during the שמיטה (Sh’mitah-release) year. We have had a lot of questions about why the land needs a rest and how we can prepare for this rest during the שמיטה (Sh’mitah-release) year. To think about why the land might rest, we started thinking about how our bodies feel when they are rested. As one four year old explained, “When my body feels rested, I want to play, and ride my bake, and go to a playdate!” We also played משחקים (mischakim-games) that involved running around and exerting our bodies, then resting. 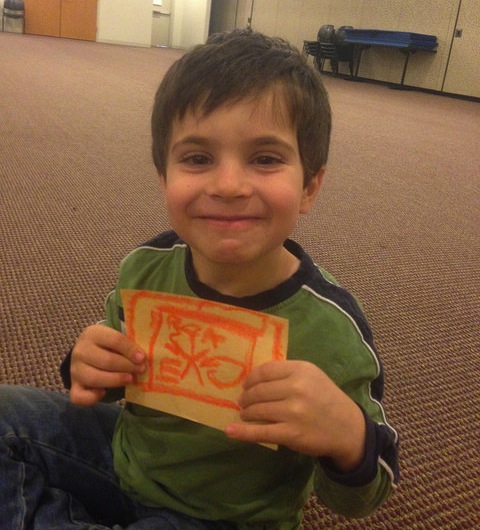 A four year old shares his drawing about how his body felt after running around then resting.

This week, we also focused on personal rest in our bodies through yoga חיות (chayot-animals) and a guided meditation then reflecting through drawings afterwards. This was such a relaxing activity and Shorashimers had so many ideas to share with each other after we finished. As one five year old shared after a guided meditation, “It’s a picture of me and my family in the water and my brother’s kicking water while were at the beach, but we all swam away. It felt like I was doing a back flip kicking on my legs when I was resting and closing my eyes.” Another four year old shared, “This is a building and inside of it is something where you can learn about שְמִיטָה and what it is. When I was resting, I thought aboutֹשְמִיטָה since I didn’t know much before and it’s now in my brain.” After yoga חיות (chayot-animals) a four year old told us “when we did tree in yoga, it was really fun because we held balance so I drew myself holding tree pose. When we were resting our eyes it feeled like it was good also but even more relaxed than yoga.” 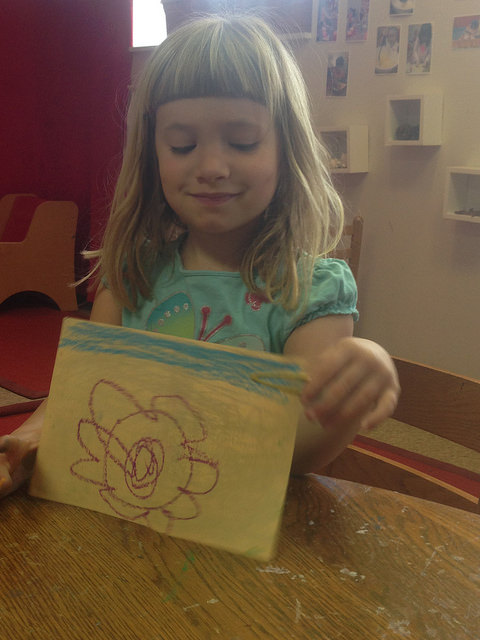 A four year old shares her drawing with us after our guided meditation. 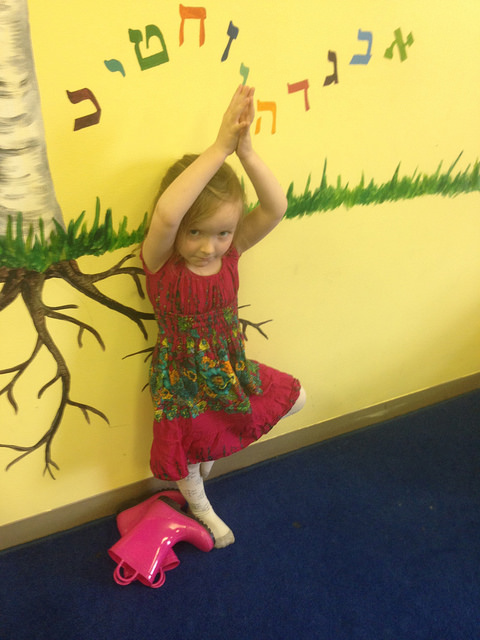