This week Nitzanim is exploring שמיטה (sh’mitah—release) as a year of rest for both people and the land. Today, children were given pieces of tissue paper and clear contact paper and asked to make a restful scene. 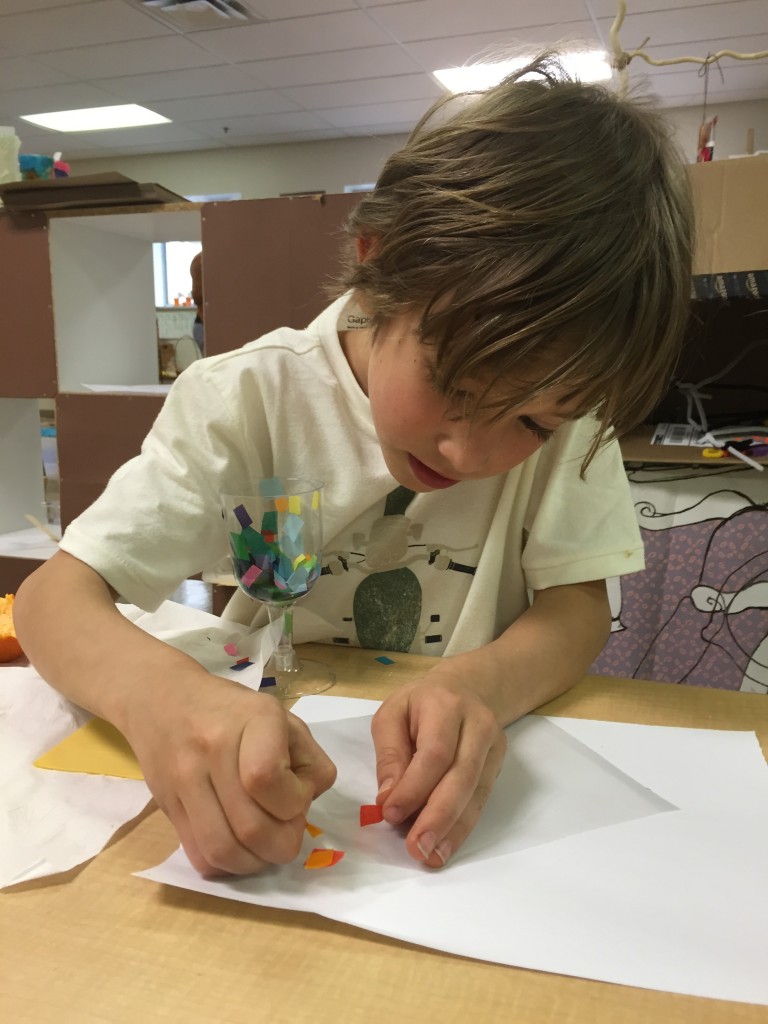 A first grader works on his restful scene.

Here are some of their thoughtful responses:

Second Grader 1: I’m going to make a swimming pool because you’re in the middle of the water on a floatie resting. 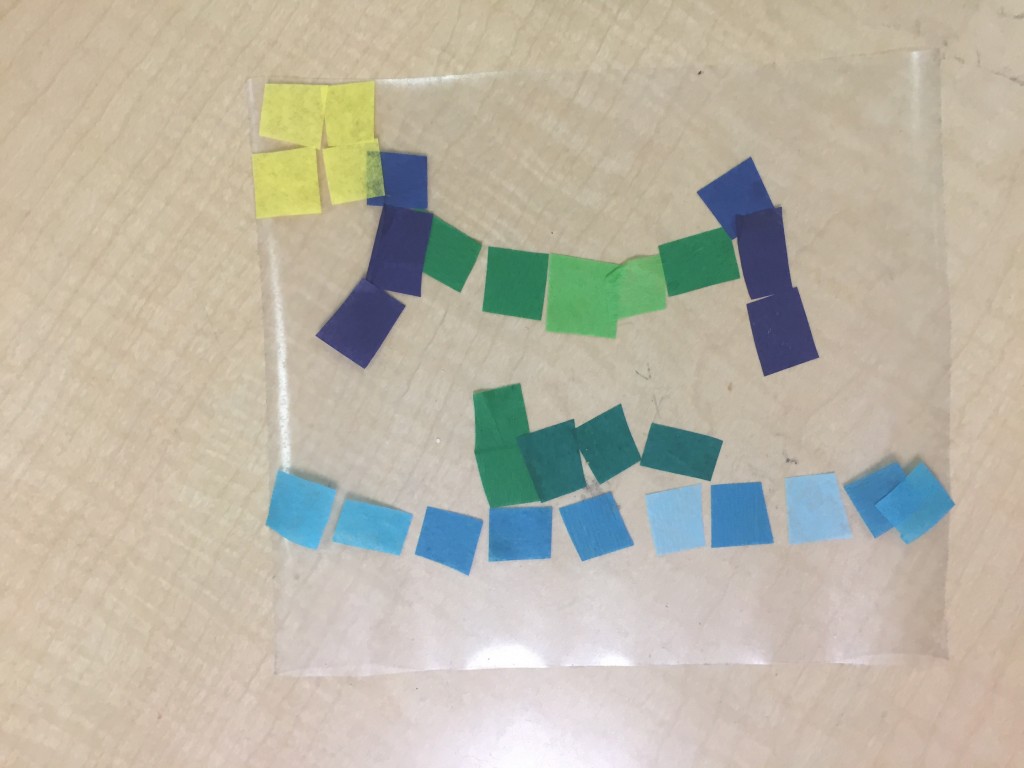 First Grader 1: This is a bed. This is the dove, the symbol of peace. And this is the olive branch.

Second Grader 3: It’s a clear blue sky and there’s a little boat with somebody on it and he’s kind of resting. 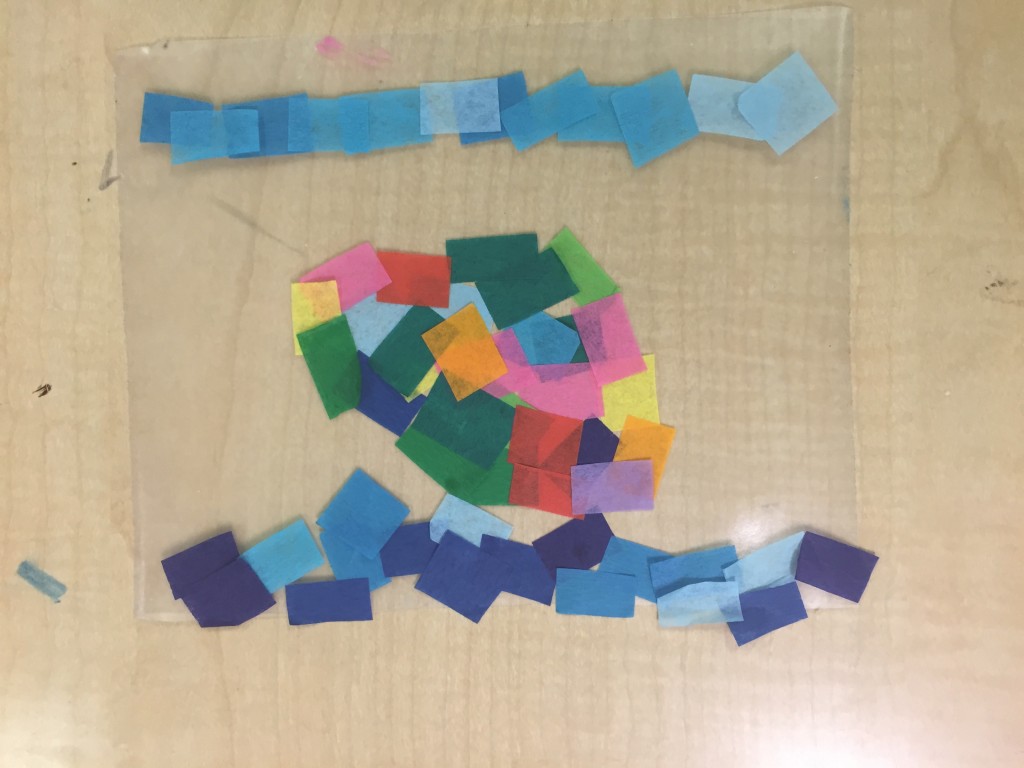 First Grader 2: It’s about what makes me rest is certain kinds of colors. Cool like you’re going to sleep if you’re cool.

First Grader 3: It’s the dark because I like it in the dark. It’s peaceful. Sometimes it’s scary. 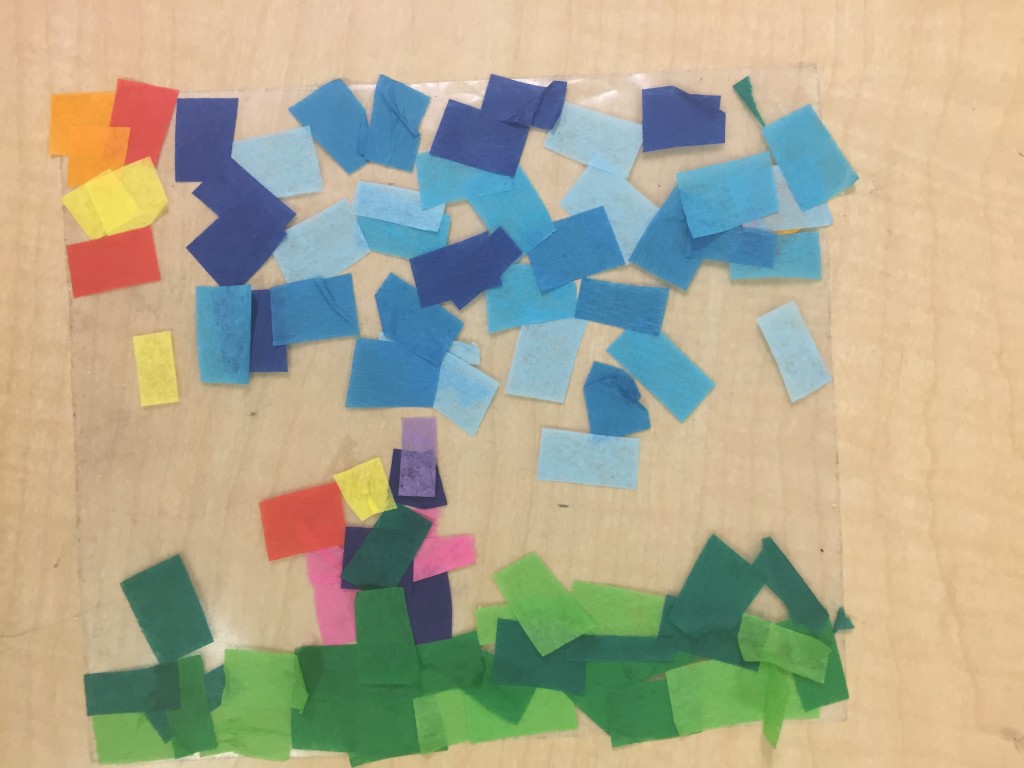 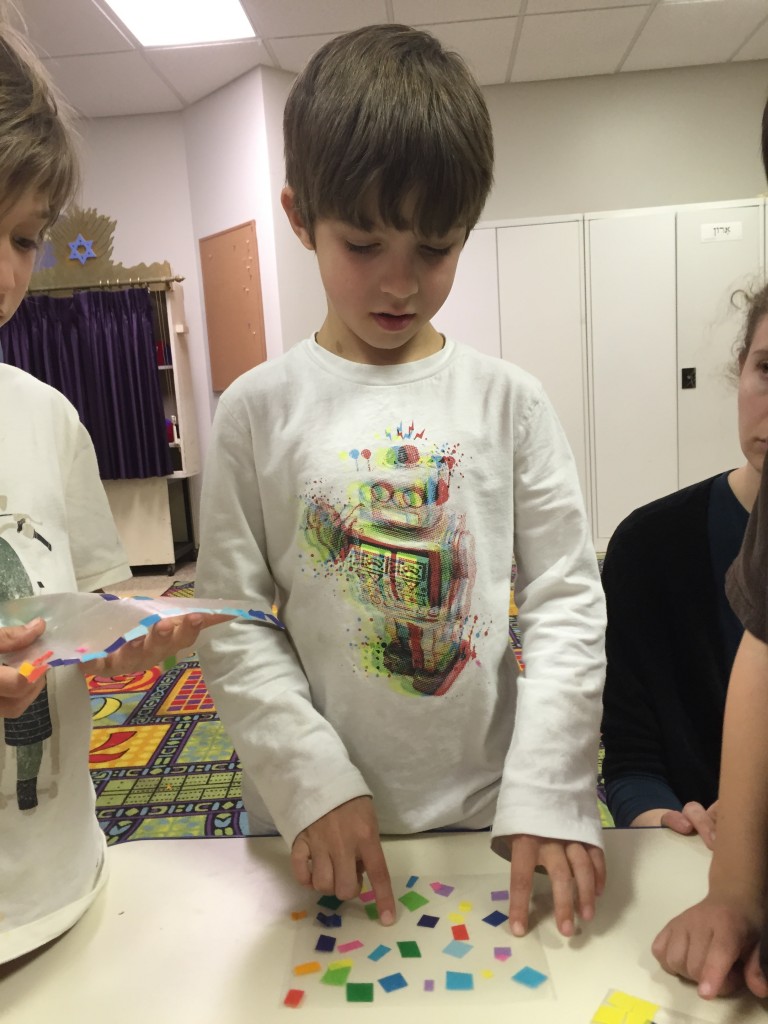