Children have LOTS of ideas about what happens if people rest for a whole year, how wild plants grow, and who gets to pick the crops during the שמיטה (sh’mitah—release) year.

Children had quite a few ideas about what happens to crops during the שמיטה (sh’mitah—release) year:

First grader 1: They let their plants die. They don’t make plants this year. They just relax.

Second grader 2: No it wouldn’t. One time I was growing a plant at my baby sitter’s house and I didn’t come every day but it did start to grow

Second grader 1: Then maybe once a week

First grader 2: A pineapple only needs to be watered once a week

It’s incredible to see the difference in children’s conversations since we began the year together in September. Children who previously spoke little during conversations now have many ideas to share. I often need to cut off our pair-share conversations because children continue to ask each other follow-up questions without prompting. Throughout this theme, we’ll use conversation both as a time to sharpen our opinions by bouncing ideas off of each other and to practice listening hard to what others are telling us. 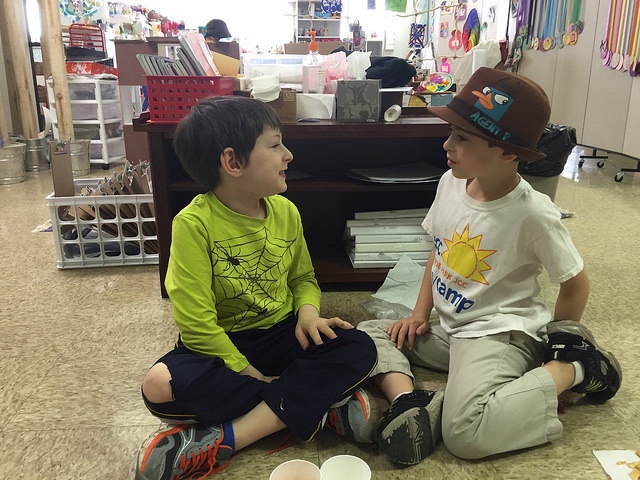