Nitzanim Acts Out the Purim Story

After seven weeks of thinking deeply about Exodus, forming our own ideas, and grappling with what the early Rabbis have to say about our big questions (whew! That was a lot of brain work!), Nitzanimers are enjoying the opportunity to be silly together and act out the Purim story. The process is truly one that builds community, with each Nitzanimer taking on an integral role in the production. Yesterday, we had five actors, one backstage helper, two videographers, and a narrator. Each Nitzanimer brought something special to the team: Our Haman actress used a funny accent for her role; our videographers experimented with different camera angels; and our backstage helper managed costume changes. We’ll continue to act out the Purim story this week, and I look forward to seeing the ways that Nitzanimers take ownership of a role and help each other to execute the story. 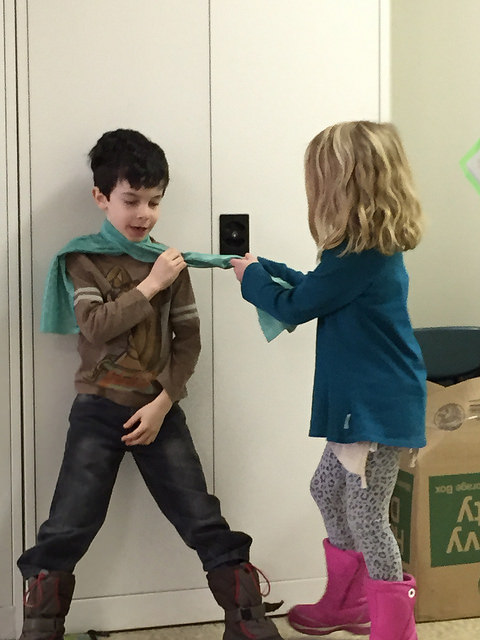 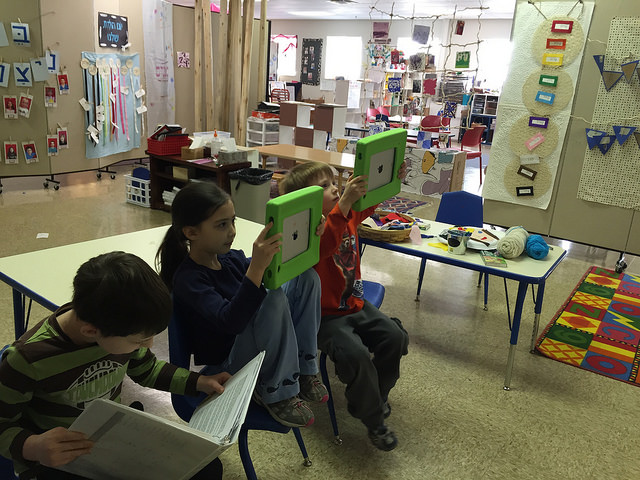 Two videographers (with iPads) and a narrator (holding binder). 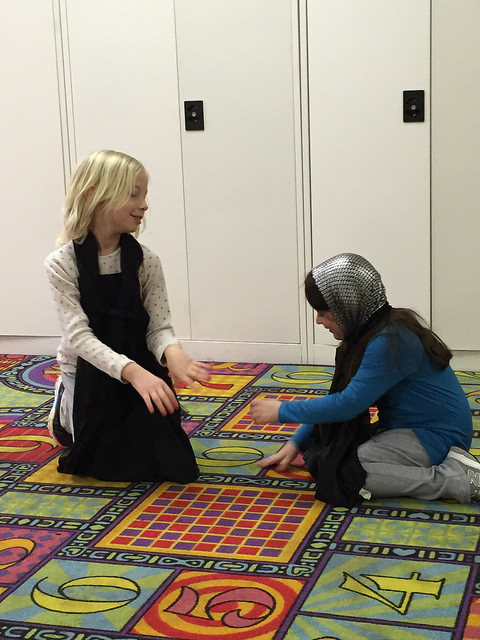 Haman (left) and his wife (right) cast pur (lots) to decide when all of the Jews will be destroyed. 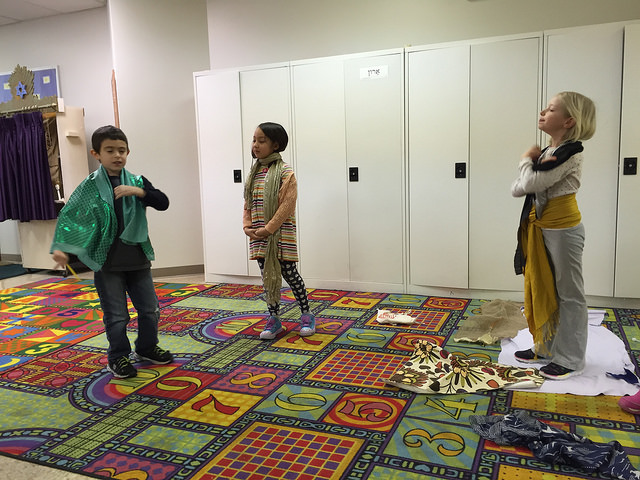 At a banquet Queen Esther (middle) asks King Achashverosh (left) to save the Jewish people from Haman (right). 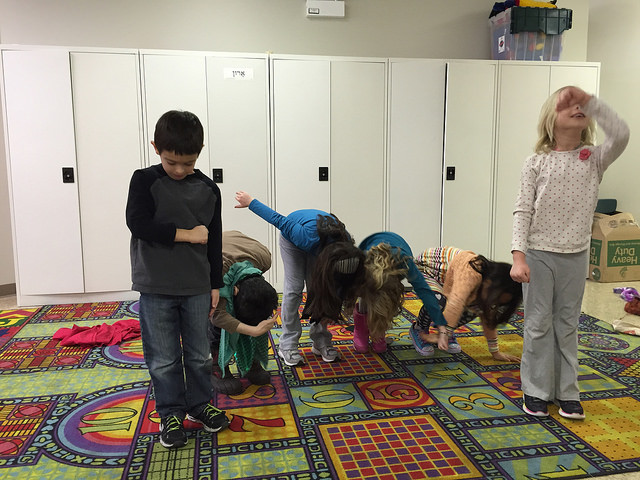 Bows from our actors, actresses, and backstage crew.