Finishing Up Costumes with Shorashim and Shteelim

After spending time gathering ideas about costumes for specific characters in the Exodus story, as well as exploring colors and shapes that clothing can be, we took a few more steps to create costumes designed by children made out of paper.   First, each child was brought into yetzirah (art/creativity) and asked to choose a specific character from the story of Shemot (Exodus) to make a costume for.  They were also asked to choose a certain scene that the character appears in to make the outfit for.  After children had their character and scene, they were encouraged to revisit our design board (below) to get some inspiration for what kind of things they could be thinking about (color, pattern, etc.).  Back in yetzirah, we put out an array of different patterned papers and lots of them!  Each child chose some pieces to use for their character’s costume.  We prompted them to think about why a certain character would wear what they imagine them to be wearing.

The next week, Mora Miriam had one-on-one meetings with children.  They brought their paper choices and looked at drawn templates to show many different options for clothing shape.  Each child said what was most similar to what they had in their imagination and then we tweaked the shape to get as close as possible!  We worked together to cut out pieces from the patterned paper and, finally, arrange them on an oval background. 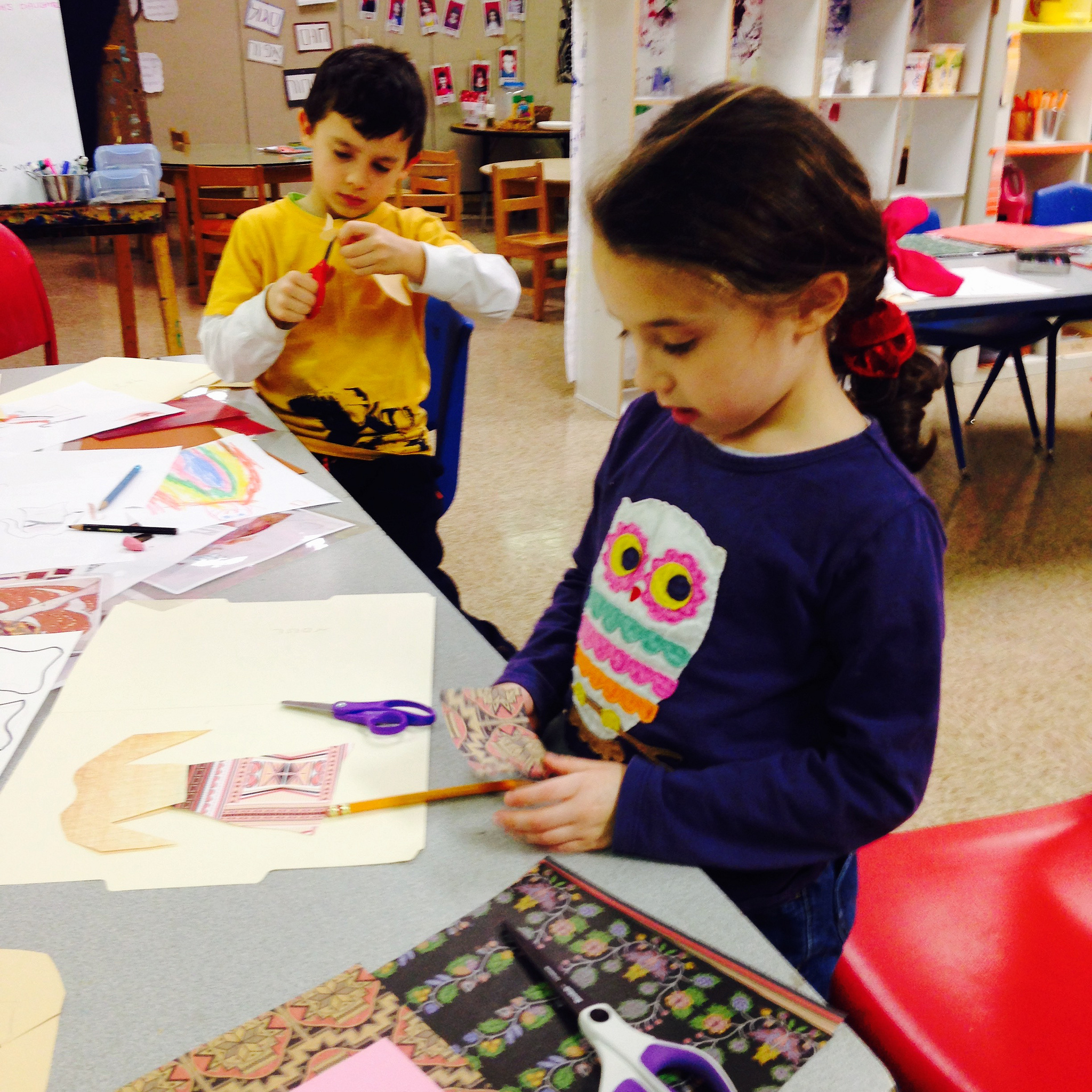 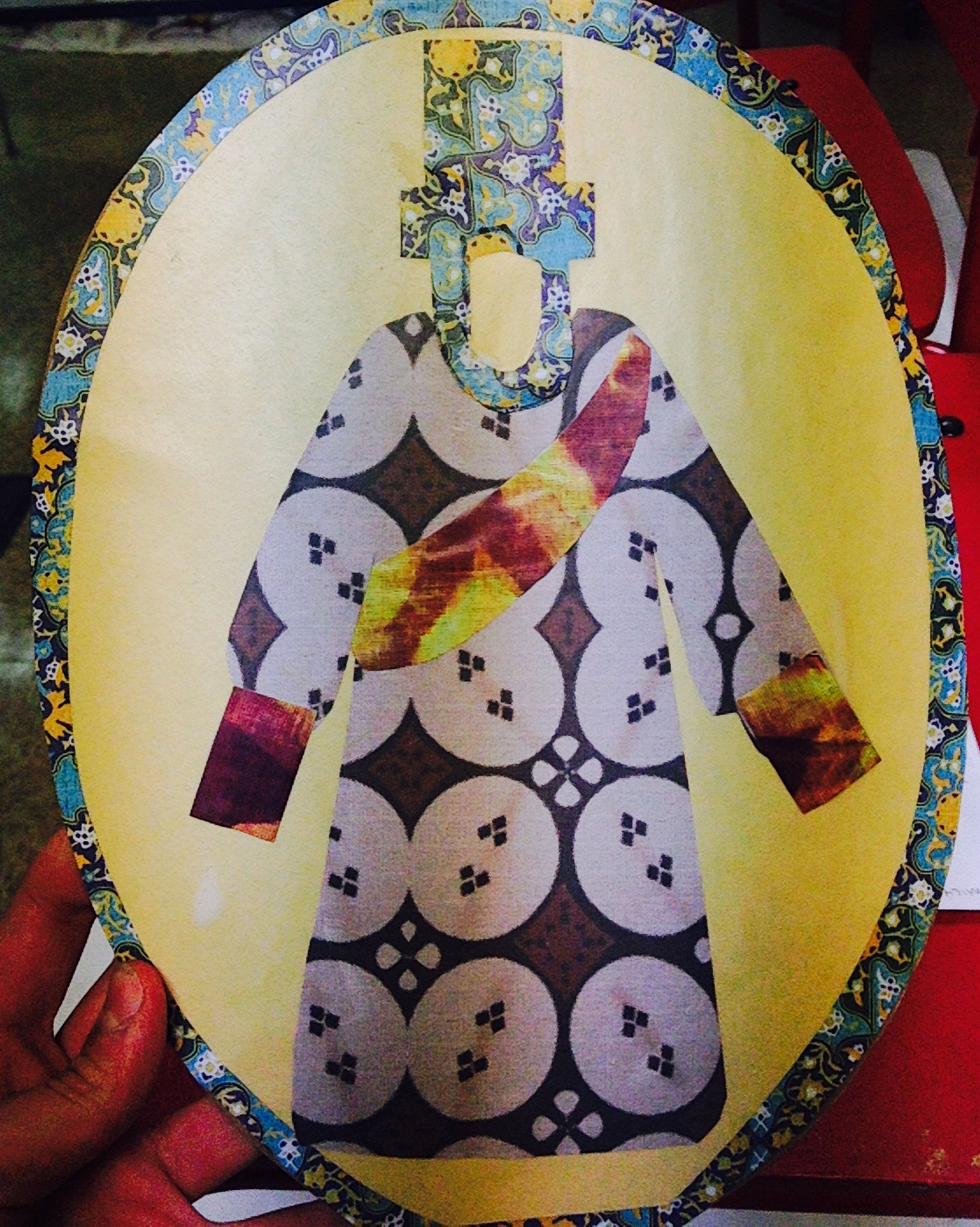