Closing Out Our Exodus Story

This week in Shorashim we finished the last part of our story from שמות (Shmot-Exodus). It has been an incredible journey watching the way three and four year olds have developed their ideas and been able to converse with each other, respectfully disagree, grow conversational skills, and questions each others ideas. This week we finished the story by hearing about the Splitting of the Sea of Reeds. This part of the story led to some fascinating final conversations and building ideas. 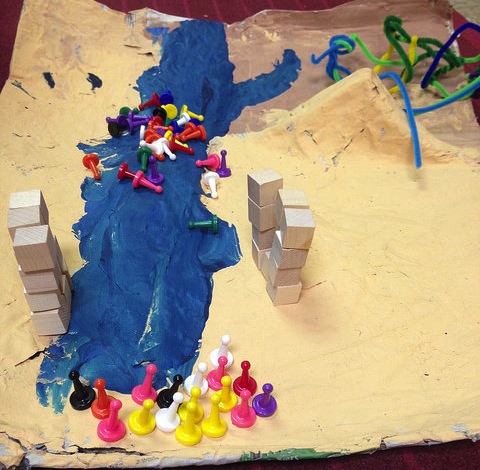 A four year old builds his idea about the parting of the sea. “These are all the horses on the water and then up front is Moshe and the Israelites and the wall, and the pipe cleaners are God hiding and watching. The horses were chasing the Israelites but they fell into the sea and the Israelites made it onto dry land.”

Finishing our story led us to revisit the whole story again and think about what parts are still sticking out in our mind. Revisiting the parts we remembered led to building again what we haven’t thought about in a while. Additionally, this week children who have chosen to do a final costume design project are starting to have one-on-one meetings with Morah Miriam. They have picked their character and what scene of the story it is from, and this week they began choosing paper and color, thinking about shape of the outfit, and pattern. I can’t wait to see these once they are final! Next week we will begin talking about and preparing for Purim, which is only a few weeks ago. 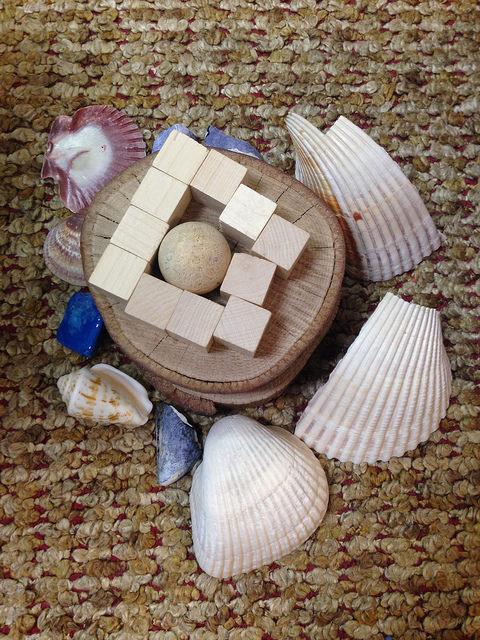 A five year old builds his idea about the Israelites being slaves. “Pharaoh doesn’t do the work! The Israelites do all the work. They had to build this city for him all by themselves. There’s water and rocks.” 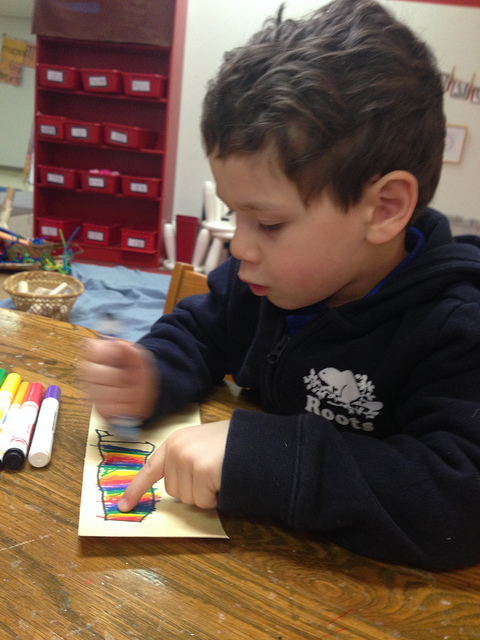 A four year olds creates a costume for Miriam, Moshe’s sister when she’s hiding in the Nile River. 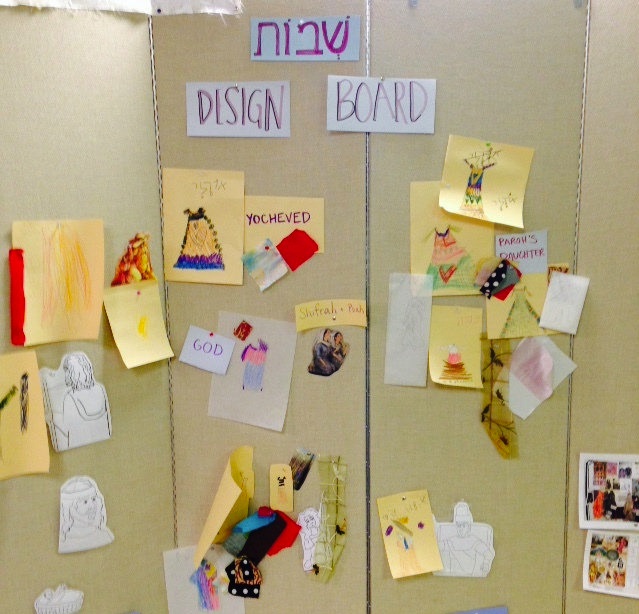