Thinking About the Ten Plagues

Preparing for Purim in Shalom Chaverim

Shteelimers embarked on the next aspect of our costume design project this week, expressing their ideas about the characters of שמות (Shemot – Exodus) through clothing. Specifically this week, we’ve been focusing on the different shapes of clothing and the choices a designer can make about shape. Is it loose or tight? Is it flowy? Stiff? Box-shaped?

We created a big Design Idea Board on one of the walls of Beit Shteelim, with some pictures of idea boards designers might use, and a big open space for children to add sketches, tracings, and pictures and scraps of fabric to collect their sources of inspiration for the final paper doll costume. 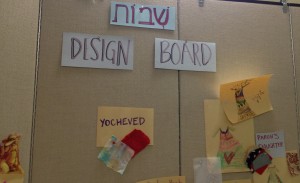 During the design process, children have been eager to discuss with each other the different choices that they’re making about clothing. In this conversation about יוֹכָבֶד (Jocheved, Moshe’s mother)’s clothing, for instance…

Kindergartener 1: She’s wearing a long green dress. In my imagination she wouldn’t be very fancy, but maybe a little fancy.

Kindergartener 2: No she wouldn’t be fancy at all! In my imagination she’s wearing a brown dirty dress…Hello! She’s a slave! She looks bad.

The clothing that children have drawn so far has provided a window of insight into their ideas about the characters, often who is “fancy” and who is not, or who is trying to use their clothing to hide. The design process has also provided a lot of opportunities for practicing respectful disagreement and dialogue, as well as a lot of kind words and compliments among children about their designs. Shteelimers and Shorashimers have taken to showing each other the tracings or sketches they worked on at the end of each exploration, I think a sign of their excitement about showing someone else what is inside their imagination of the story. 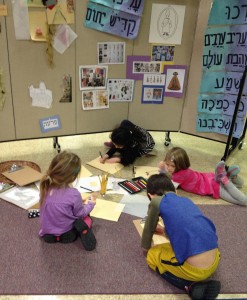 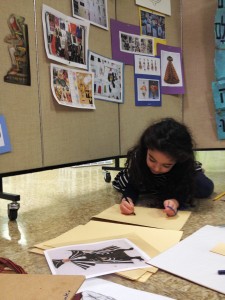 In the next week we will focus on the color/pattern aspect of the designs, before beginning our final costume creations!