Thinking About the Ten Plagues

This week Shorashimers (nursery) heard about the rest of the Ten Plagues, which brought up a lot of questions and ideas among them. In the story we heard about the death of the firstborn creating “ a loud cry through the land of Egypt, that has never been heard before and will never be that loud again.” Below is the conversation that this quote sparked for Shorashim children.

Boy 1: What’s such a loud cry mean or sound like?

Boy 1: So like, so loud it would go into another building?

Boy 3: It would go into our school.

Girl 1: Into the whole country.

Hearing about the Plagues also led this same group of children to ask more about why they were occurring.

Girl 1: Why were all these bad things happening in Egypt?

Boy 1: They make fights to try and let the people leave the land, but then Pharaoh wouldn’t.

Boy 2: There were a lot of bad things.

Boy 3: Maybe they fight because they didn’t learn how to be nice.

These conversations from the children led to so many new building ideas about the story. Some children have also started working towards a final costume design project. They have the option to choose a character from the story and decide for themselves what scene the outfit is from, what the costume would look like, and what the shape of it would be. These costumes will then get mod podge and be used similar to paper dolls. I can’t wait to see what ideas children come up with about these costumes and what our final building scenes will look like as we finish the story next week! 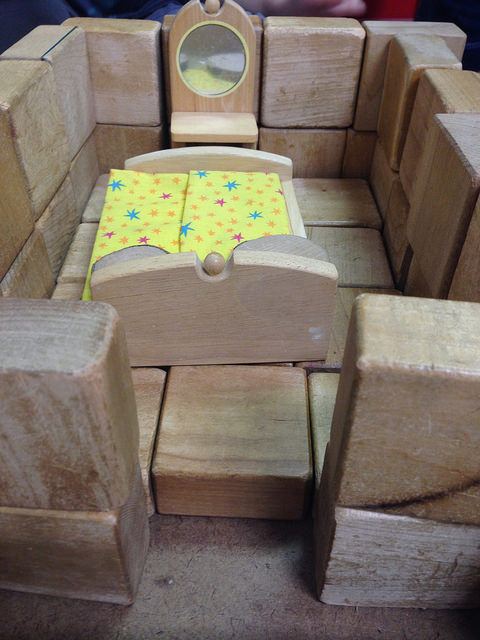 Two five year olds build “the house of the Israelites from when the Plagues happened and the darkness covered everything but it didn’t cover their homes. This is one of their houses.” 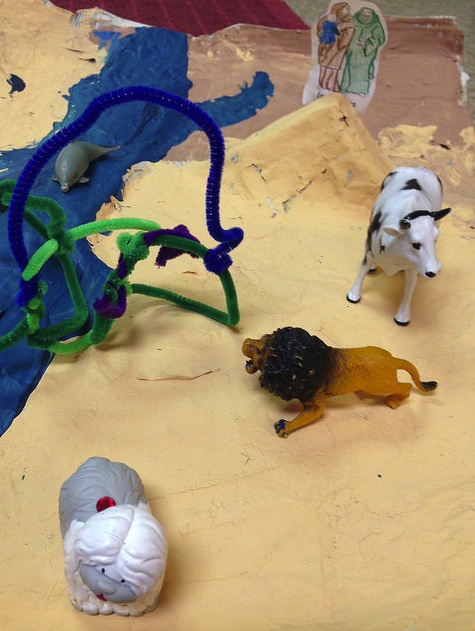 A four year old builds his idea about the Ten Plagues. “These are the animals of the Israelites and God struck them down and they almost died, but then they didn’t.”