This week in Shorashim, we began the next part of our story from Exodus. During this scene we heard about God talking to Moshe from the Burning Bush and this brought up all sorts of questions and ideas. This story led a few three and four year olds to share their ideas about God.

Boy 2: God is real but no one has ever seen him before.

Girl 1: Well I think God has a mouth.

Boy 3: He definitely has a body too. God is really old.

How wonderful it is that we are in a place where we can have a discussion like this and feel comfortable sharing our ideas with each other even when we may not agree. In Beit Shorashim, we spent a lot of this week continuing our building and bringing in our ideas about the Burning Bush. In Yetzirah (יצירה- creativity) we have been creating large set pieces out of paper mache that we can use in our building. 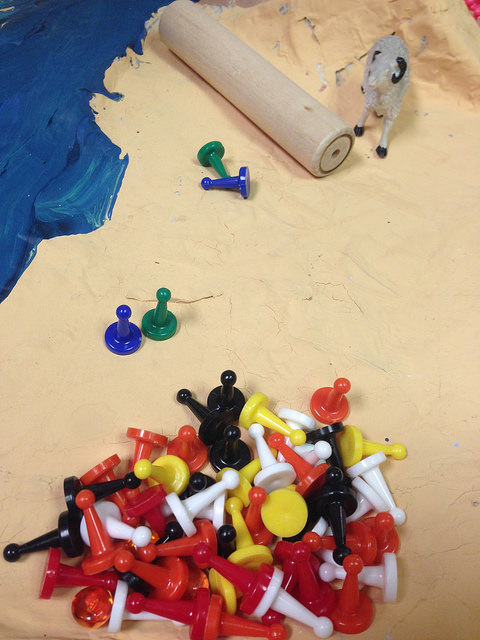 A four year old and a five year old incorporate the set they made in Yetzirah into their building. “This big pile of red and orange and yellow is the burning bush and the black is sticks inside of the fire. The bush is in the desert and there are sheep, and this happens by the big mountain we heard about in the story. God is also in the burning bush but he doesn’t have a body, just a face, and he peeks out from the bush. The staff is the big stick by Moshe, and Moshe is the blue and green standing up. The other blue and green is Moshe’s sandals that he takes off. The Nile is also close by because Moshe needs to get water from it.” 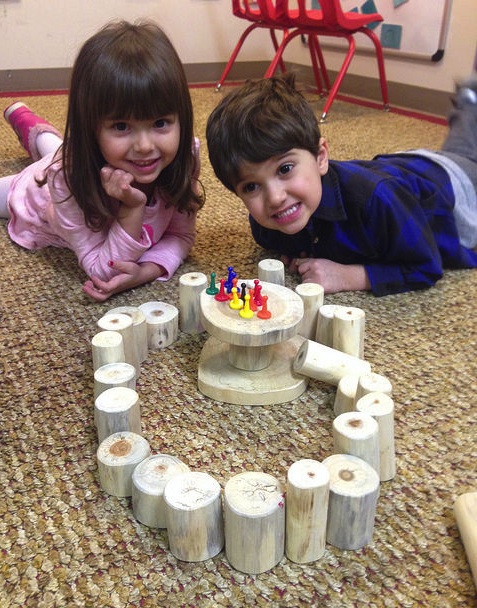 A three year old and a four year old build their ideas about the Burning Bush. “This is the Burning Bush with the red and orange and yellow fire and it’s outside in a forest. The black is God inside of the Burning Bush. The blue is Moshe and the rock is his staff. The green, orange, and red are the three signs God is showing Moshe.”