Sharing our Ideas with Each Other

Nitzanim Draws What We Wonder

Last week Nitzanim started to discuss ideas about שמות (Shmot—Exodus chapters 1-3. Listen here) with partners. We also started drawing what we wonder about. Through putting our ideas on paper and talking about them with other children and מורות (morot—teachers), children are beginning to own their ideas about text, respectfully disagree with each other, and retell the story in their own words. 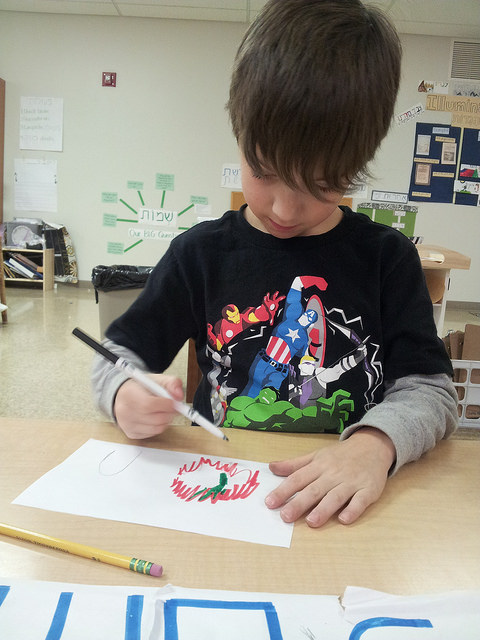 A first grader working on a drawing of the burning bush scene.

Here’s a conversation we had on Tuesday about one child’s drawing of the burning bush (Exodus Ch. 3) :

Morah: And why did you think God appeared to משה (Moshe—Moses) in a bush?

2nd grader B: If he [God] was something else then he [Moses] probably wouldn’t notice because lots of things around him [Moses] were normal but the bush could burn without burning down. 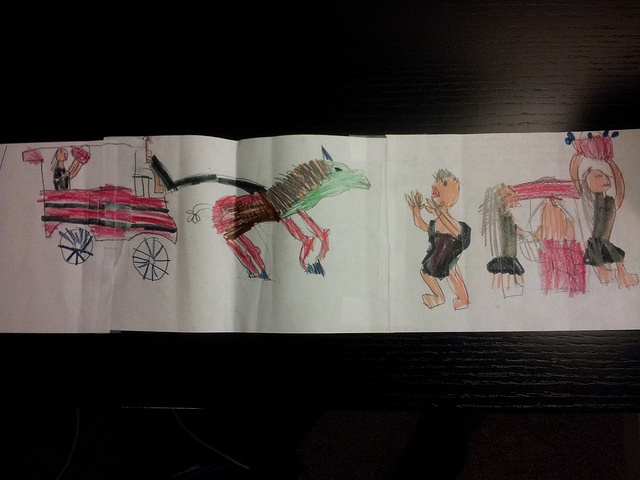 A first grader asked, “Why did the shepherds drive them [the priest of Midian’s daughters] away?” This is in reference to the line, “Now the priest of Midian had seven daughters, and they came to the well to draw water for their father’s sheep. Shepherds drove them off, but Moses rose up and rescued them and drew water for their flock.” (Exodus 2:16-17). 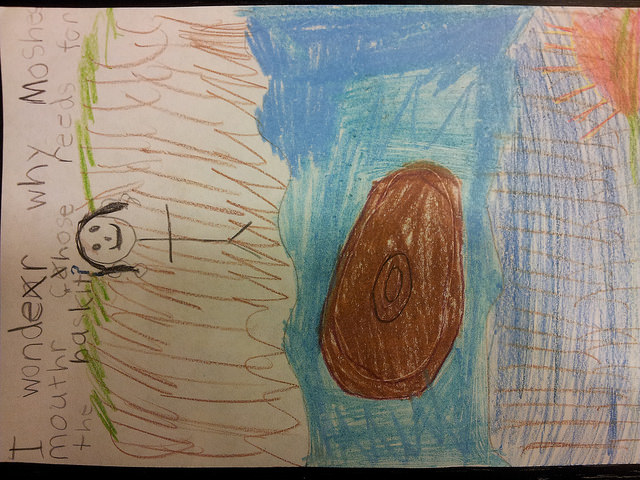 A second grader asked, “Why did Moses’s mother choose reeds for the basket?” This is in reference to the line, “And when she could no longer hide him, she took a little ark of papyrus, and caulked it with resin, and placed the child in it, and put it in the reeds by the shore of the Nile.” (Exodus 2:3).