Beginning a New Theme Together

Pharaoh and the Israelite Midwives

Many years passed. The Israelites had many children in Egypt and filled the land.

Then a new Pharaoh came to the throne who did not know about Joseph.

Pharaoh said to his people, “Look, the Israelites are too many for us. Let us act so that their families cannot keep getting bigger. Otherwise, when we go to war, they will join our enemies and fight against us.”

So they forced the Israelites to work as slaves, building cities for Pharaoh. Even though the Israelites were slaves, their families kept getting bigger and the Egyptians grew afraid of them.

Then Pharaoh told Shifrah and Puah, the nurses who were supposed to help the Israelites mommies have babies, “From now on, when you help an Israelite mommy have her baby, if it is a boy, you must kill him.” Shifrah and Puah didn’t listen to Pharaoh, and they let the boys live.

The Birth of Moshe

Amram and Jochebed had a son. When she saw how beautiful he was, she hid the baby for three months. When she could no longer hide him, [“Why can’t she hide the baby?” “What’s it like to have a baby in the house?” Ask children with baby siblings], she took a small basket made of reeds, painted it with black stuff that won’t let water get in and put the child in it. Then she put the basket among the reeds along the Nile river. Miriam, the baby’s sister, watched from far away to see what would happen to him.

Pharaoh’s daughter came down to bathe in the Nile. She saw the basket among the reeds and sent her slave girl to bring it to her. When she opened it, she found a baby boy, crying. She felt sad for him and said, “This must be on the Israelite babies.”

Then Miriam said to Pharaoh’s daughter, “should I go and get you an Israelite woman to nurse the child?”

Pharaoh’s daughter said to her, “Take this child, nurse him, and I will pay you.”

So Jochebed took the boy and nursed him. And when he was old enough, she brought him to Pharaoh’s daughter, and he became her son.

Pharaoh’s daughter named him Moshe, because, she said, mi-shee-tee-hu, “I drew him out of the water.”

Some time later, when Moshe was grown up, he went out among his people, the Israelites and saw how hard they worked. He saw an Egyptian hitting an Israelite slave. He looked around, and he didn’t see anyone. He hit the Egyptian and buried him in the sand.

The next day when Moshe went out, he found two Israelite slaves fighting.

Moshe said to the one who was hitting, “Why are you hitting your friend?”

The man answered, “Who made you the person in charge of us? Are you going to kill me like you killed the Egyptian?”

Then Moshe was afraid. He thought, “For sure, everyone must know what I did!”

When Pharaoh heard what Moshe had done, he tried to have someone killed Moshe. But Moshe ran away from Pharaoh to the land of Midian.

Moshe became a shepherd and married Tzipporah, the daughter of Jethro. They had a son. Moshe named him Gershom because “I have been a stranger -ger- in a different country.” 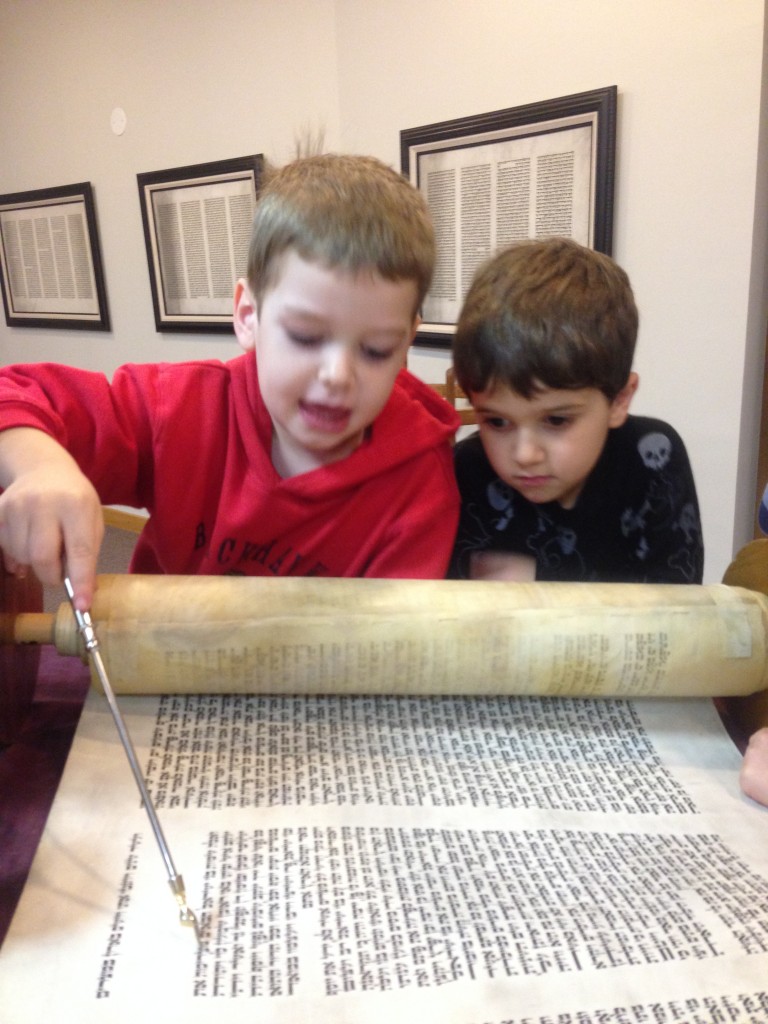