Beginning a New Theme Together

This week, we began our new theme in Shorashim called הגדה (Haggadah). During this theme, we are reading a story that comes from the book of שמות (Shmot—Exodus) in the Torah. Over the next several weeks, Shorashimers will have time to think about this story deeply, ask questions, and create it themselves through many different modalities. This week, we began to think about our story through listening, building, dramatic play, and יצירה (Yetzirah-art/creativity).

After reading our story together, we came up with a list of our questions and what we would need to create this story ourselves. Shorashimers built everything from a basket for baby Moshe, to Pharaoh sitting on his throne, to Moshe running away to Midian. 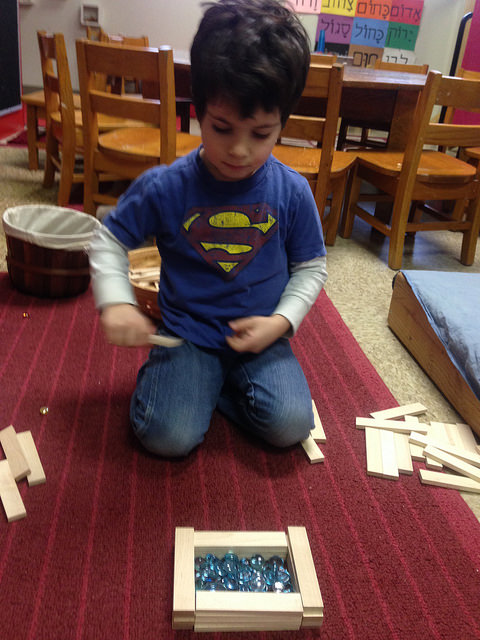 A four year old builds a basket for baby Moshe. 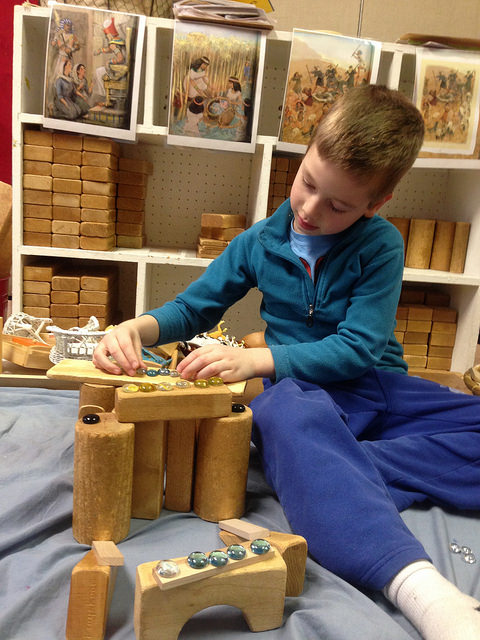 A five year old builds Pharaoh’s throne and the chair he sits on.

In addition to building the different parts of our story, some children also wanted to act out the story with costumes and props. They thought about what the characters in our story would wear and replayed the scene of baby Moshe getting left in the Nile River. 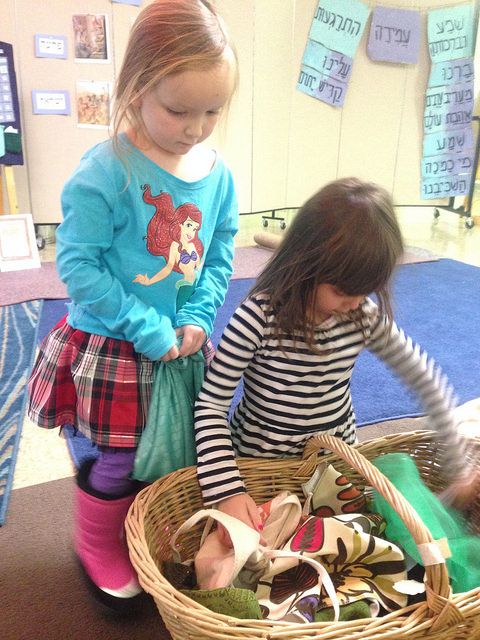 A three year old and a four year old think about what costumes Miriam and Pharaoh’s daugther would have worn in our story. 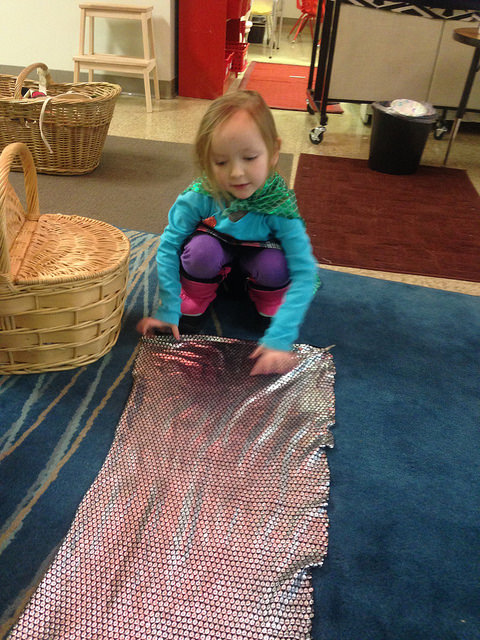 In addition to creating the story together, Shorashimers got to go into the Chapel to see where the story was in the Torah and even explore some of the letters that we saw in the story! Check back in next week to see what other ideas Shorashim comes up with. 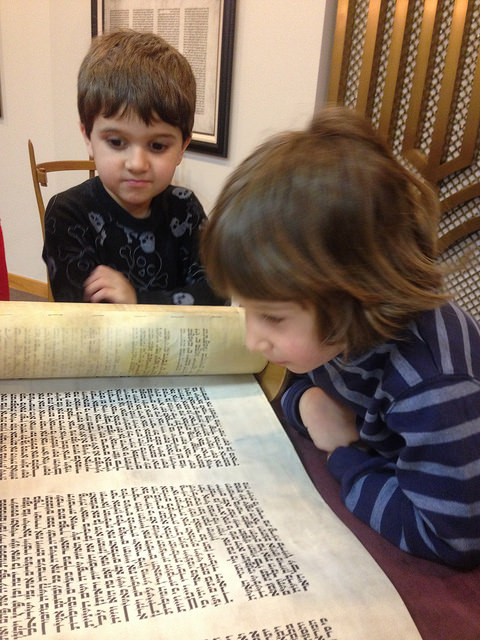