Anafim has a new game. 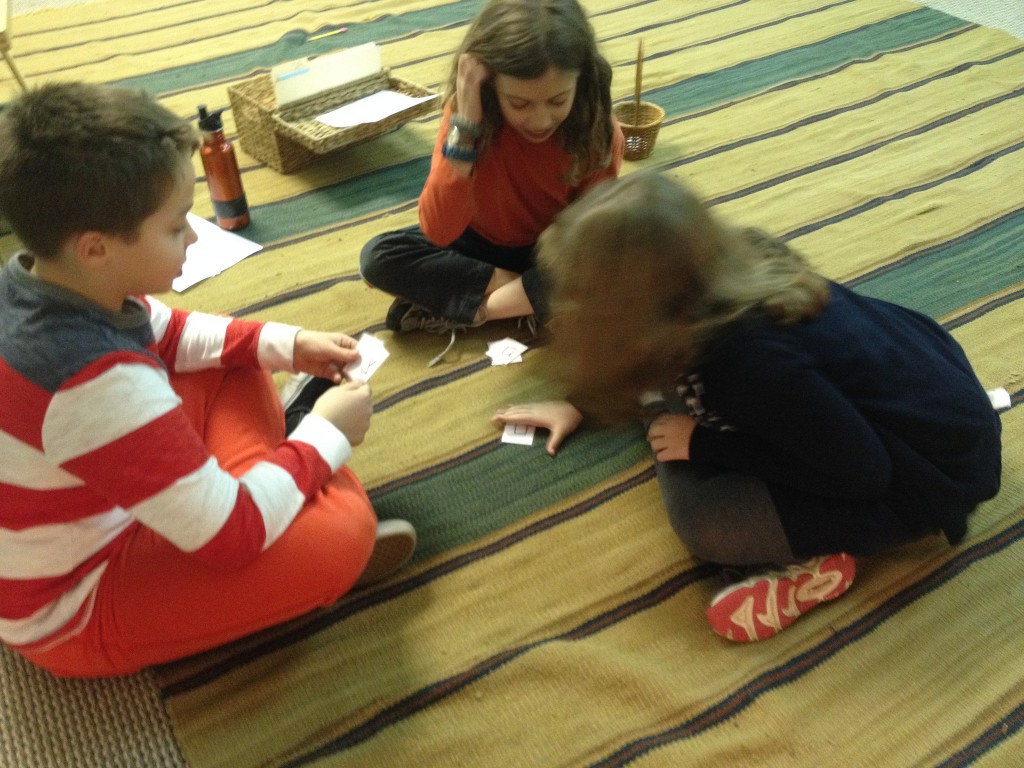 For almost two weeks now, a group of Anafimers have been playing Uno every day during זמן עברית (zeman Ivrit – Hebrew time). The rules closely follow the rules of the familiar card game, except instead of numbers and colors they have letters and vowels. Each time a player puts down a card they have to read it–“sha” or “shee” or “shoo”. 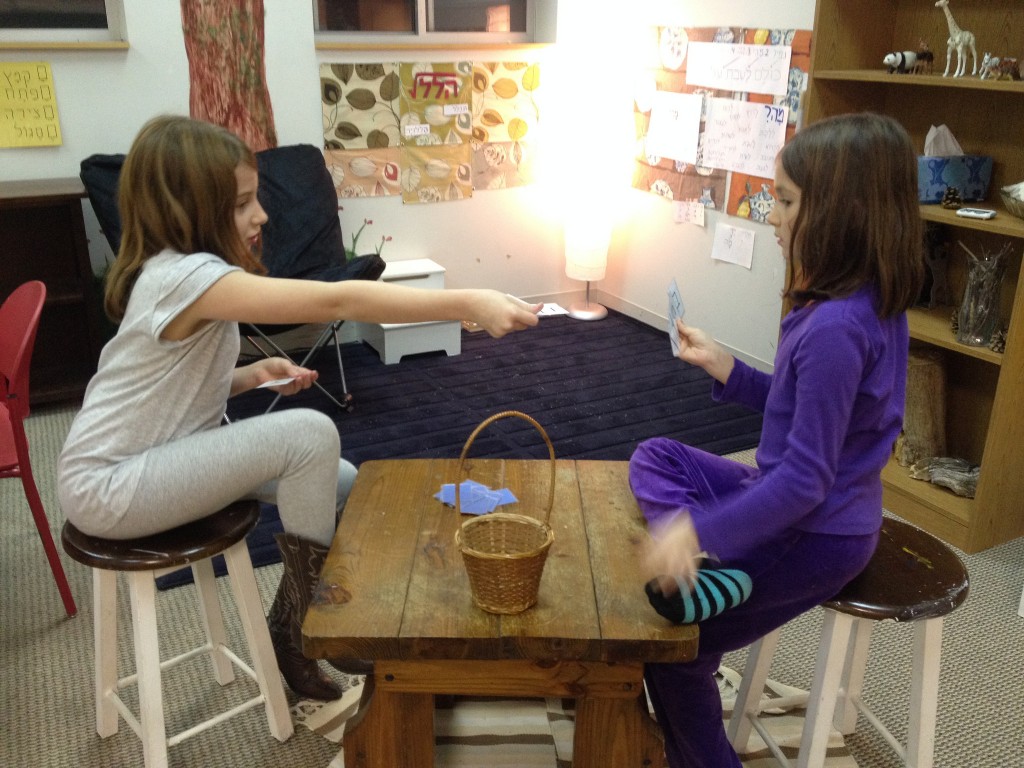 The most exciting thing about this game is they came up with it on their own, figuring out how to best make the rules fit the content of זמן עברית (zeman Ivrit – Hebrew time) and combining two or three sets of alef-bet cards depending on how large the game is. The other thing I love about the game is Uno has no maximum number of players!