Over the last two weeks, Nitzanimers have been exploring three different endings to the Chanukah story. Children are building each ending with novel materials (materials that we don’t usually use for “building” such as glass beads, small rocks, etc.). Today we started our third and final ending to the Chanukah story, which comes from the Talmud Rabbis. (You can find the entire text we’ve been using here). Children really pushed themselves creatively today by using wire and small manipulatives, which is very different from the representational building they’ve done with blocks over the last two weeks. We’re so excited about the ways that children have grown their use of building and creating as a mode of expression over the last few weeks. 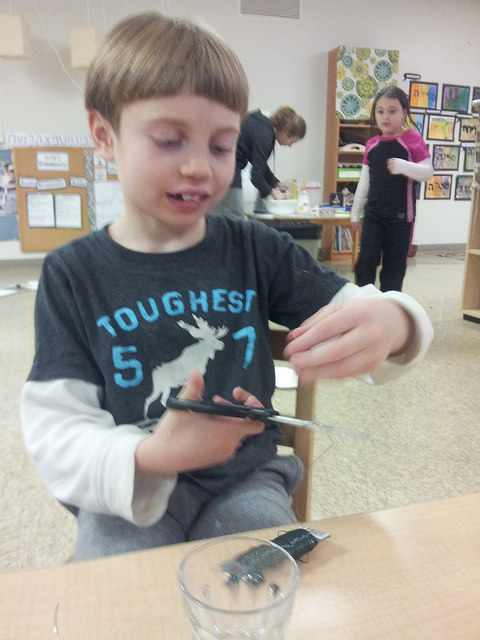 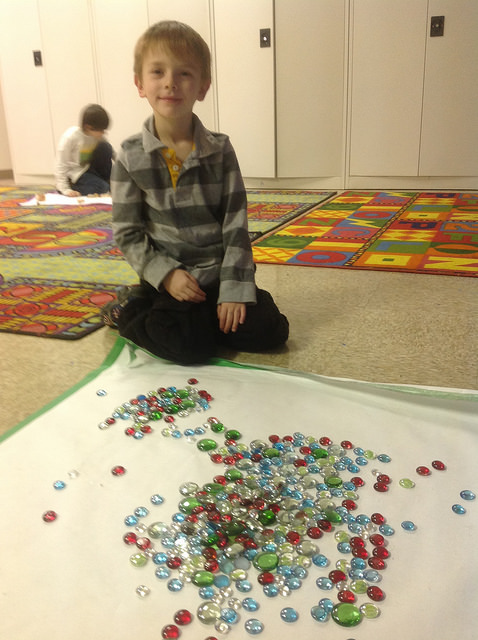 A first grader displays his battle scene between the Syrian Greeks and Jewish army. 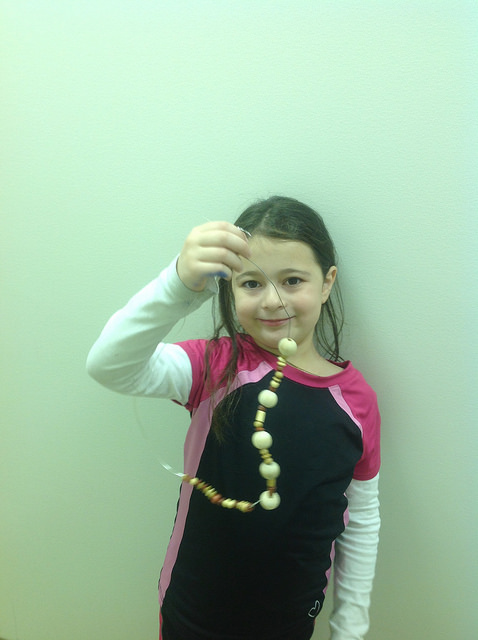 A first grade finished product. One wire represents the Syrian Greek army with the big wooden beads as elephants. The other colored wire houses the Jewish army.

Also, we enjoyed some לביבות (levivot—latkes) today to celebrate Chanukah starting tomorrow night! We used this Latke Recipe with a lot of success, and hope you’ll try it at home!

Grating potatoes is a hard job! 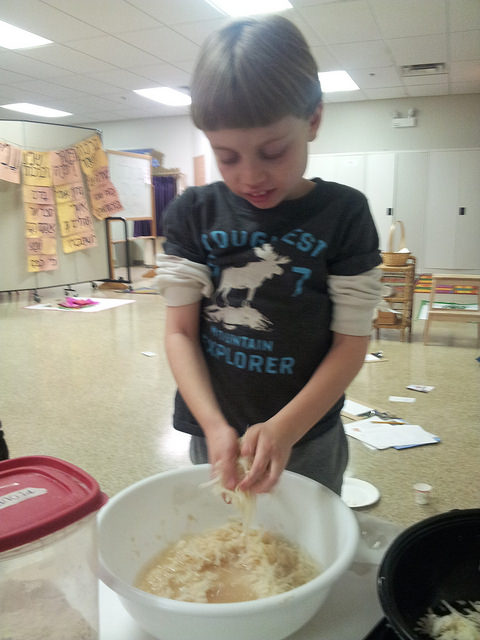 Squeezing the liquid out so that we have crispy לביבות (levivot–latkes).