Nitzanimers are learning about three different endings to the Chanukah story (you can find the versions we’re using with children here: Chanukah Story for 1st:2nd). Today we started exploring the ending found in Maccabees II. Children listened to this Chanukah story and wrote what they heard.

Children made the following observations about the ending of the Chanukah story in Maccabees II:

Children then used novel materials to create a part of the Chanukah story that resonated with them.

A first and second grader built a temple with Jewish people inside and a Syrian Greek battlefield complete with elephants: 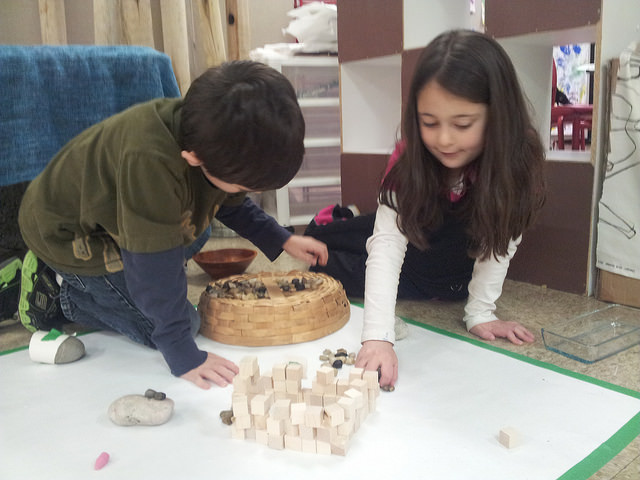 Working together to create their scene. 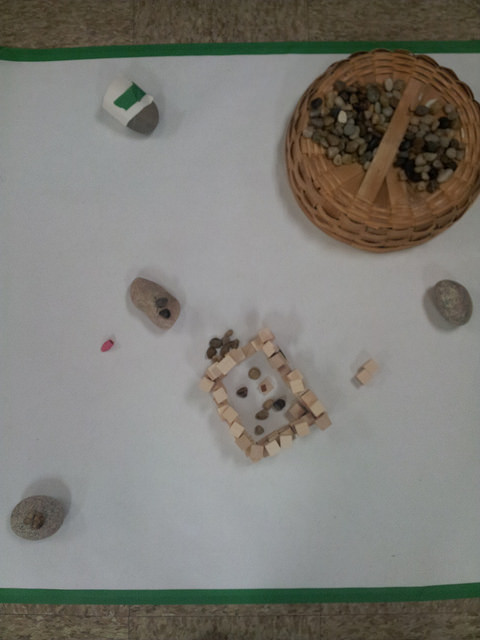 The finished product. (The wooden blocks are the temple, little rocks are soldiers, and the big rocks are elephants.)

A second grader depicted the Jewish army hiding from the Syrian Greeks in the forest: 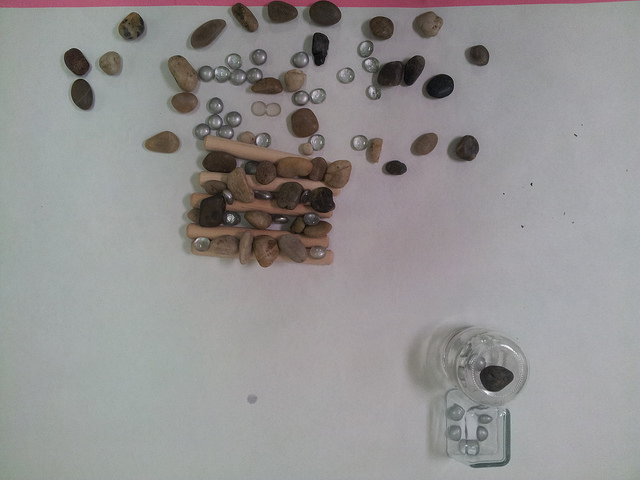 The glass containers are used to create a temple, the rocks are soldiers, and the wooden cylinders are the wilderness.

A first grader created a scene with a base for Judah the Maccabee and the Jewish army, Jewish soldiers hiding in the forest, and the Syrian Greek army: 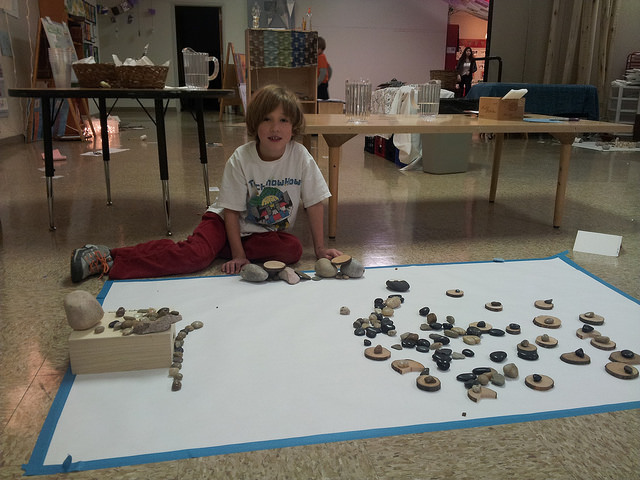 The wooden box is the base for Judah the Maccabee and the Jewish army.

A first and second grader built a temple with an altar, noting that it had been made impure because some Jewish people started to worship Greek gods: 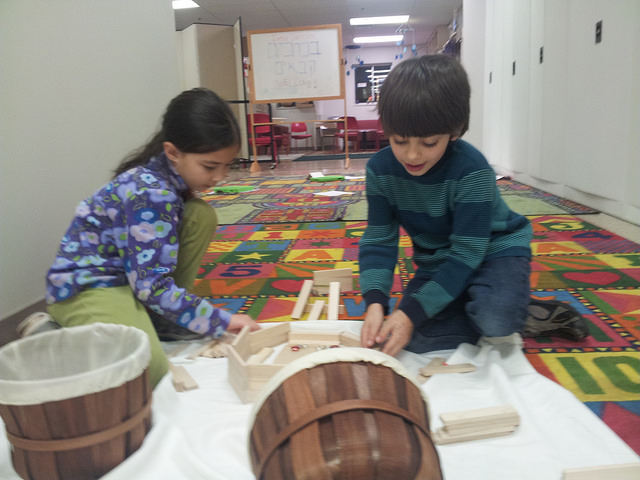 We saw a lot of teamwork during our creation time. 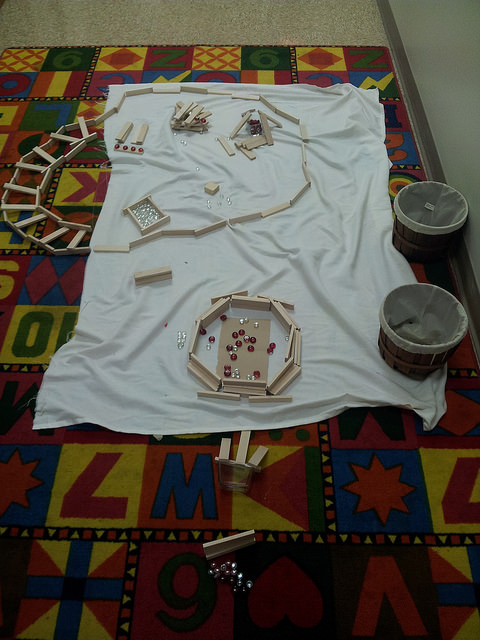 Two first graders used glass beads to depict the invasion of the temple by Syrian Greeks and the smashing of the oil lamps: 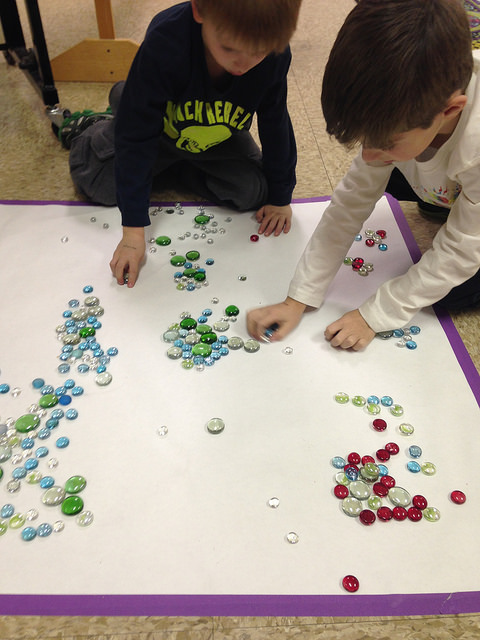