How Awesome is JEC?

Yesterday first and second grade Nitzanimers visited Congregation Rodfei Zedek’s shacharit minyan to research הלל (hallel). We wanted to see if grown-ups could tell us stories about a time that they רוצים להלל (rotzim l’hallel–want to hallel) to add to the understanding of הלל (hallel) we’ve been developing through discussion of Daniel, King Darius, and Ya’akov.

Before we went to minyan we practiced introducing ourselves to grown-ups in a kind and respectful way by shaking hands and saying, “שמי (shmi—my name is) ____.” Then we talked about asking a comment or question at the end of the conversation and saying תודה רבה(Todah rabba—Thank you very much).

Nitzanimers had the opportunity to hear a few different רוצה להלל (rotzeh l’hallel–want to hallel) stories: One about a lost cat returning home, another about the birth of twins, a third about the Bulls winning the 1998 NBA Championship, and another about escaping Hungary during a dangerous time for Jews. These stories have widened our understanding of the multitude of feelings involved in רוצה להלל (rotzeh l’hallel– want to hallel). Nitzanimers are working on compiling these additional stories into a special הלל (Hallel) book so that we can share what we’ve learned with the rest of our community. 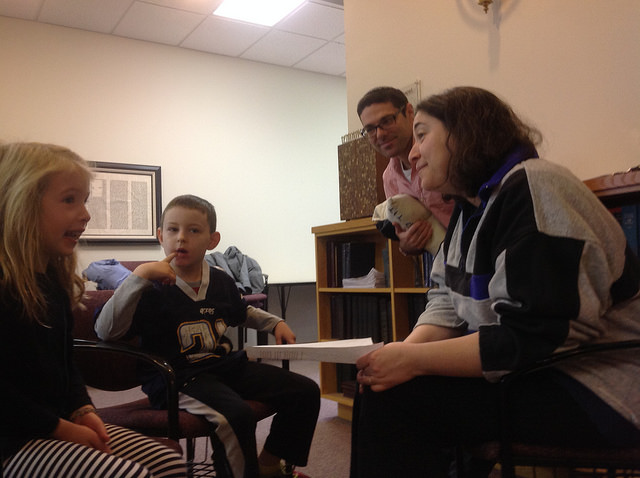 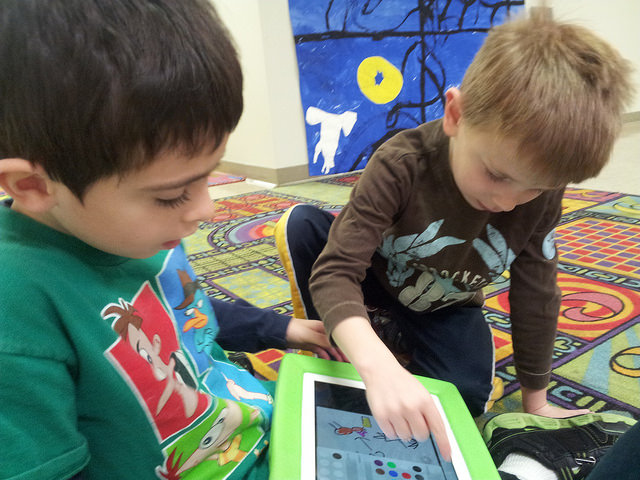 A first and second grader work on using the Book Creator app to make their hallel book.