Sharing Our Moments of Hallel

Special Day at the Jewish Enrichment Center in 5775 are all about Our Jewish Heroes. We have LOTS of Jewish heroes–the list I have for future days is much longer than the few days we have left this year. So far, we’ve met three heroes:

Emma Lazarus, a Jewish woman who wrote the poem on the statue of liberty,

Marc Chagall, an artist whose work is filled with surrealist images of his Jewish heritage and spans both world wars,

Yokhanan Ben Zakkai, a 1st century rabbi who bravely snuck out of Jerusalem as the second Temple was being destroyed and convinced the Romans to let him set up a new center of Jewish thought in Yavne.

And WOW are our special days special.

Kids of all ages work together to explore our heroes and completely immerse themselves in their heroism and their story. 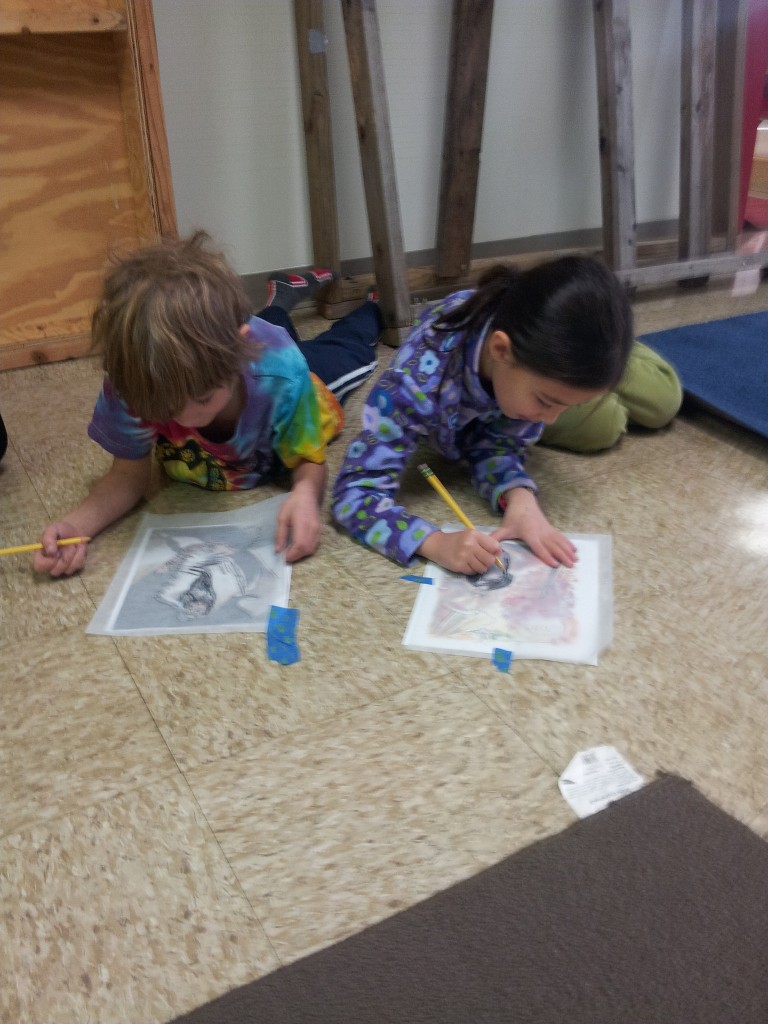 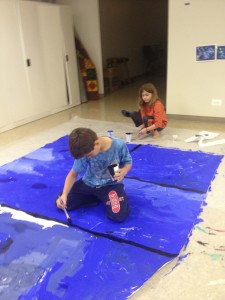 On Marc Chagall Day, we created the giant stained glass windows that now stand in the Heder haGadol (the big room). Children came in and worked together to paint a huge blue background. Many immediately recognized the Chagall Windows that are in the Art Institute of Chicago, which we had out as inspiration. Later, some older children worked together to add black lines that made our windows look like actual windows, and finally, children of all ages painted images that remind them of the feelings they have at the Jewish Enrichment Center–happiness and fun, were the two stand outs. They painted a piano, a fiddle, a tree, a goat, and some suns. And all were in the stile using unexpected colors and surprising sizes, as inspired by Chagall. From the moment they walked in, children were completely surrounded by Chagall and his work and they had the autonomy explore it at their own pace. 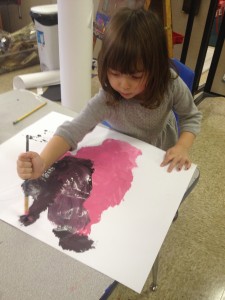 On Friday, Yokhanan Ben Zakkai brought on a totally different kind of day. We spent the whole day preparing to reenact the story of his heroic escape from Jerusalem. Before hearing anything about Rabbi Yokhanan ben Zakkai, children imagined the grandeur of the Temple, and looked at images of early synagogues. Then they heard the story of Rabbi Yokhanan ben Zakkai’s heroic escape from Jerusalem, made a plan for what we’d need to build a set, and worked throughout the whole day to build it. 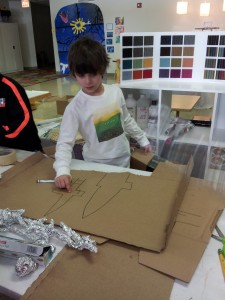 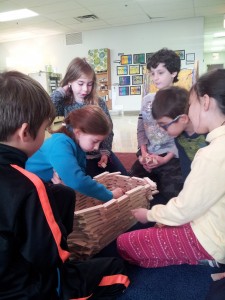 We ended the day with a full scale reenactment. Each child already knew how they wanted to participate–as a narrarator, Rabbi Yokhanan, a Jewish Soldier, or a Roman soldier. They even knew which Roman soldiers they should be, and remembered more roles than we, the Morot, remembered! 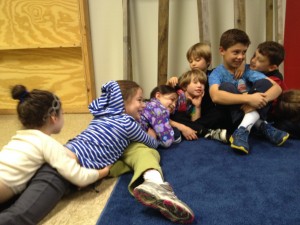 It’s always amazing to be completely consumed by a story for a whole day!