This week in Shorashim, we continued talking about our Daniel story and started figuring out how it might connect to our הלל (hallel) theme. Shorashim continues to have so many ideas about how Daniel and King Darius feel throughout different points of the story. Most shorashimers are also in agreement that when Daniel realizes he is safe in the Lion’s Den, he must feel “so happy.” We started exploring these feelings through dancing and played משחקים (mischakim-games) where we got to use dancing scarves to think about the different ways Daniel might feel when he finds out he has to go into the lion’s den, when he is actually in it, and once he realizes he is safe. Some of us also did a הלל (hallel) freeze dance where we got to think about how our גופים (goofim-bodies) feel when we hear different versions of psalm 150. 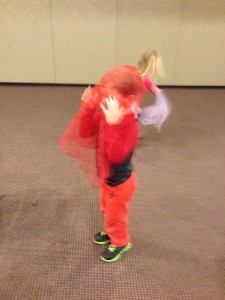 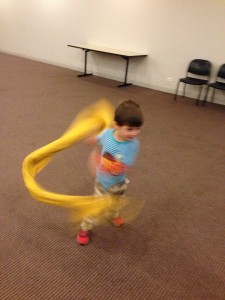 Over the past few days, Shorashimers also got to think about הלל (hallel) in יצירה (yetzirah-creativity) with Morah Miriam. We listened to different versions of psalm 150 and chose different צבעים (tzevaim-colors) to paint with.  We thought about how our גופים (goofim-bodies) felt with each different song and how it made us want to move our brush. As one shorashimer said “This song makes me feel happy and when I feel happy, it makes me paint slow and fast!” Another shorashimer said “this song makes me feel bad and when I feel bad, I use scribble scrabbles.”

In addition to exploring הלל (hallel) in יצירה (yetzirah-creativity), Shorashimers also used musical instruments to think about what sounds made their גוף (goof-body) feel really happy and how Daniel and Darius might have felt at the end of the story, and what that sounded like with instruments. A few Shorashimers also decided to choreograph a four part dance to the Daniel story. We started thinking of what costumes the characters might wear in the dance and picked four different songs that we wanted to use in our dance. Shorashimers decided that one song was played when Daniel was praying to God, another one when he was being thrown into the Lion’s Den and King Darius was sad, another song when Daniel was scared in the Lion’s Den, and one final different song when he ended up being safe! We will start to think more about the choreography of our dance next week when we continue exploring הלל (hallel). 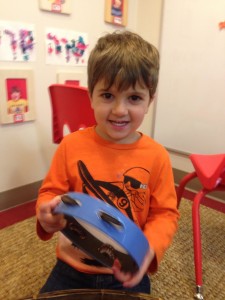