Shorashim Takes On Some Challenges

This week Shorashim talked a bit about Shavuot and took on some exciting challenges! 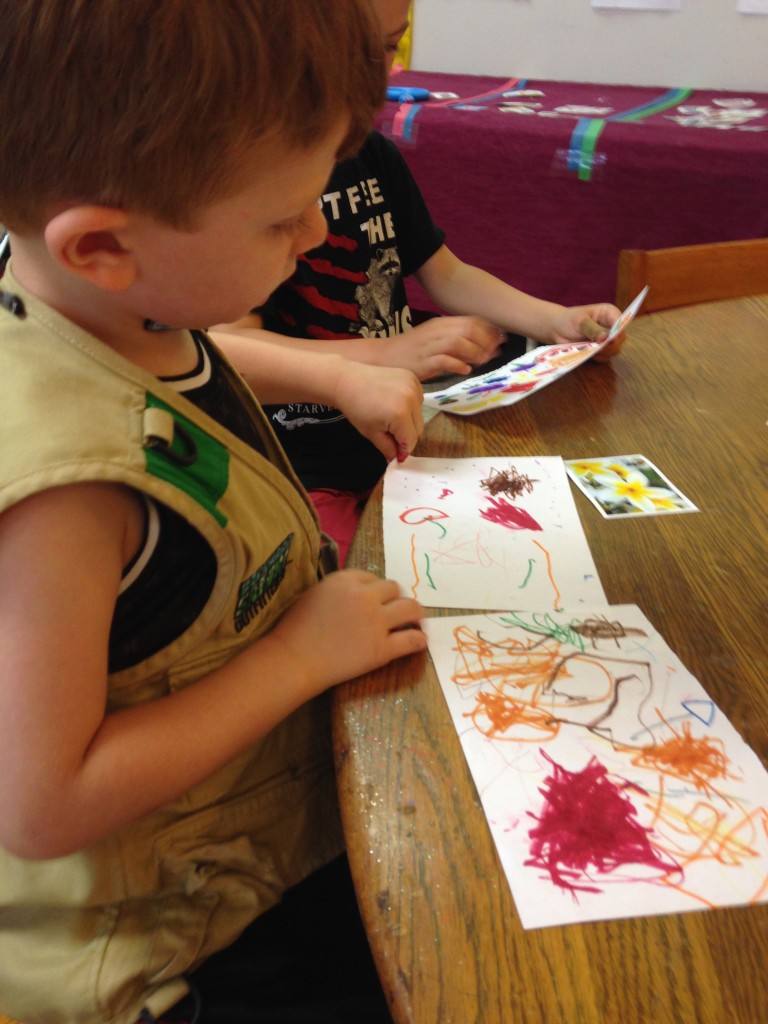 We focused our Shavuot explorations about the harvest aspect: we were inspired by pictures we had of various fruit and flowers that grow in spring and drew our own interpretations of them, as well as pictures of some other plants we thought of. 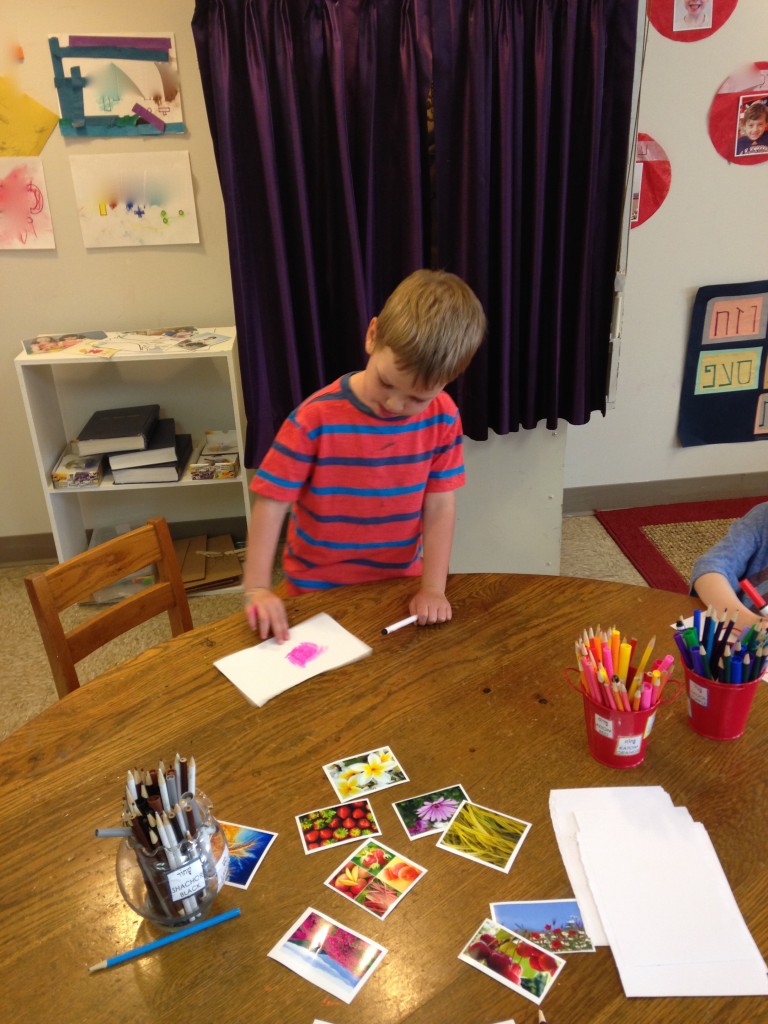 Of course that wasn’t enough for some of our Shorashimers!  Our Monday חברים (chaverim – friends) took on the task of naming as many different fruits and vegetables that we could think of: we came up with over 50! 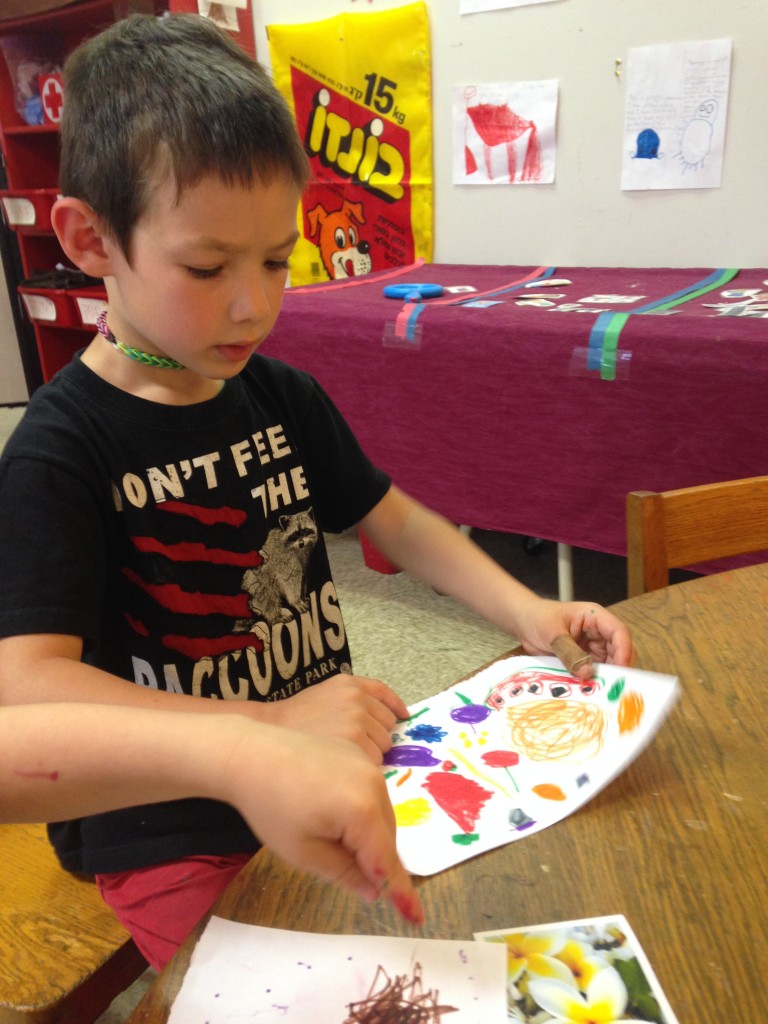 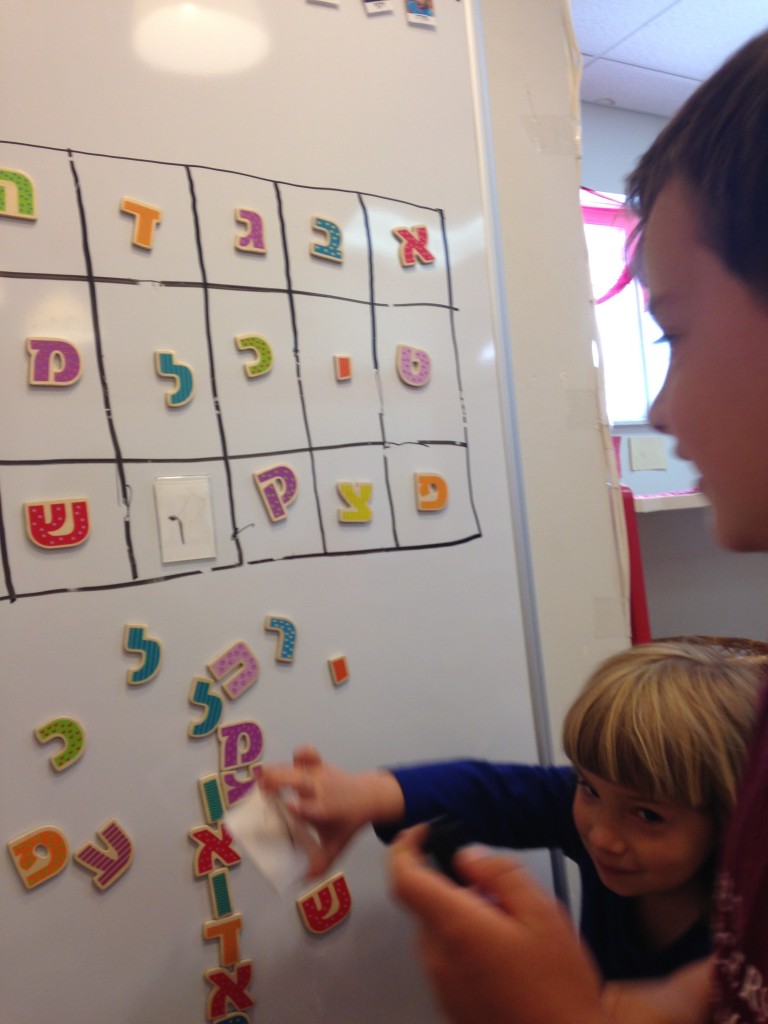 The Shorashimers were so excited about this that we started having a few אותות (otiyot – letters) missing at a time to allow a couple חברים (chaverim – friends) to play at once. 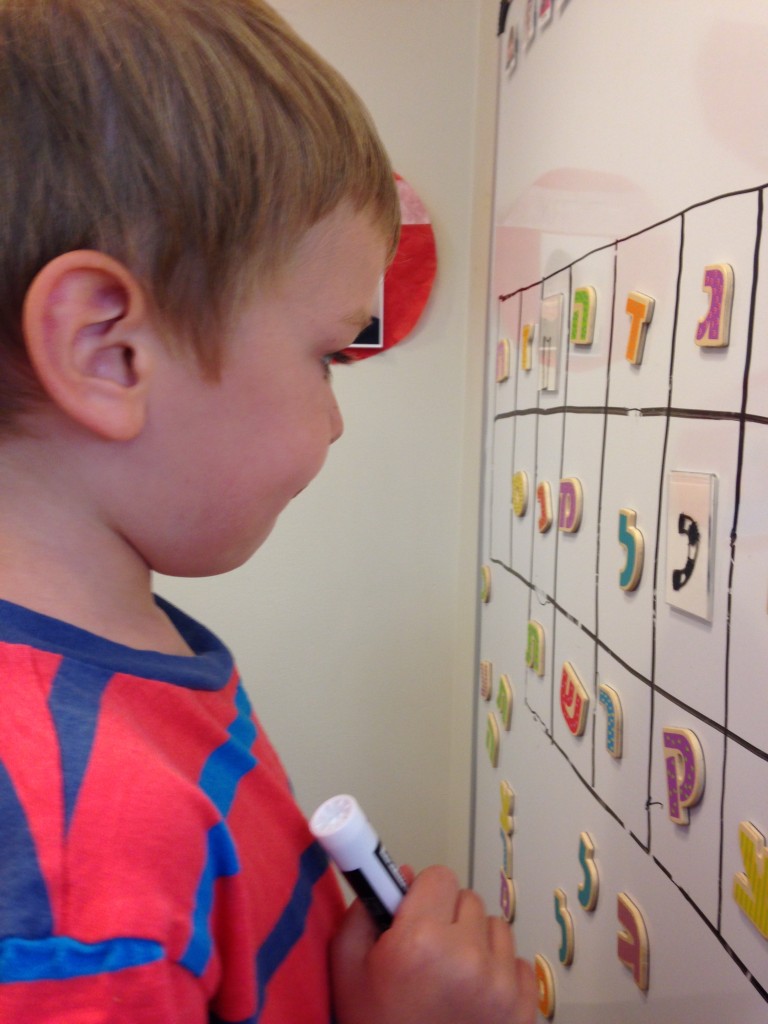 One חבר (chaver – friend) noted that they should write all the אותות (otiyot – letters).  A few חברים (chaverim – friends) laughed and said that would be too tough, but after some thought, they were excited by the challenge and by the end of the day on Sunday… 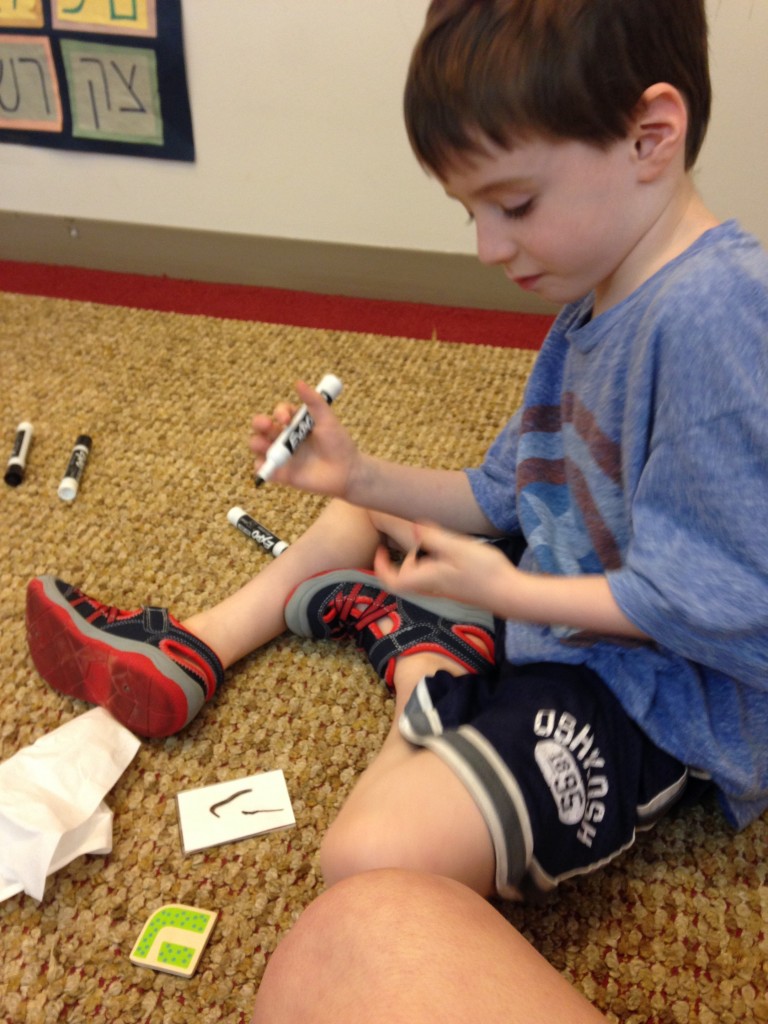 …and a lot of help from different חברים (chaverim – friends)… 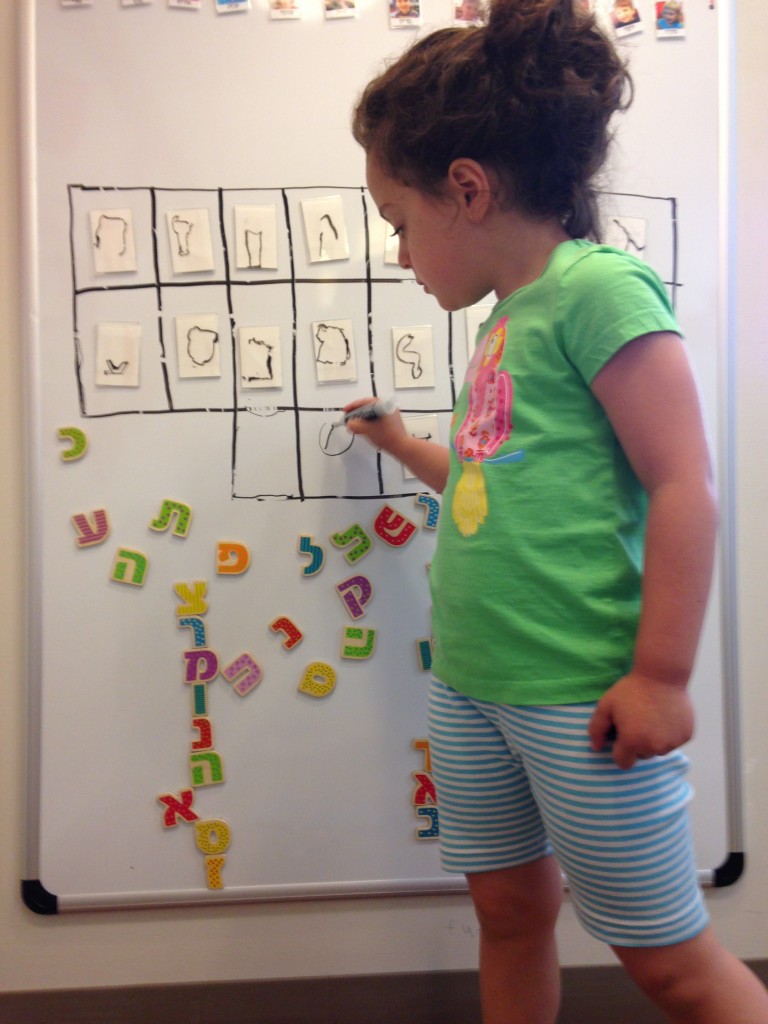 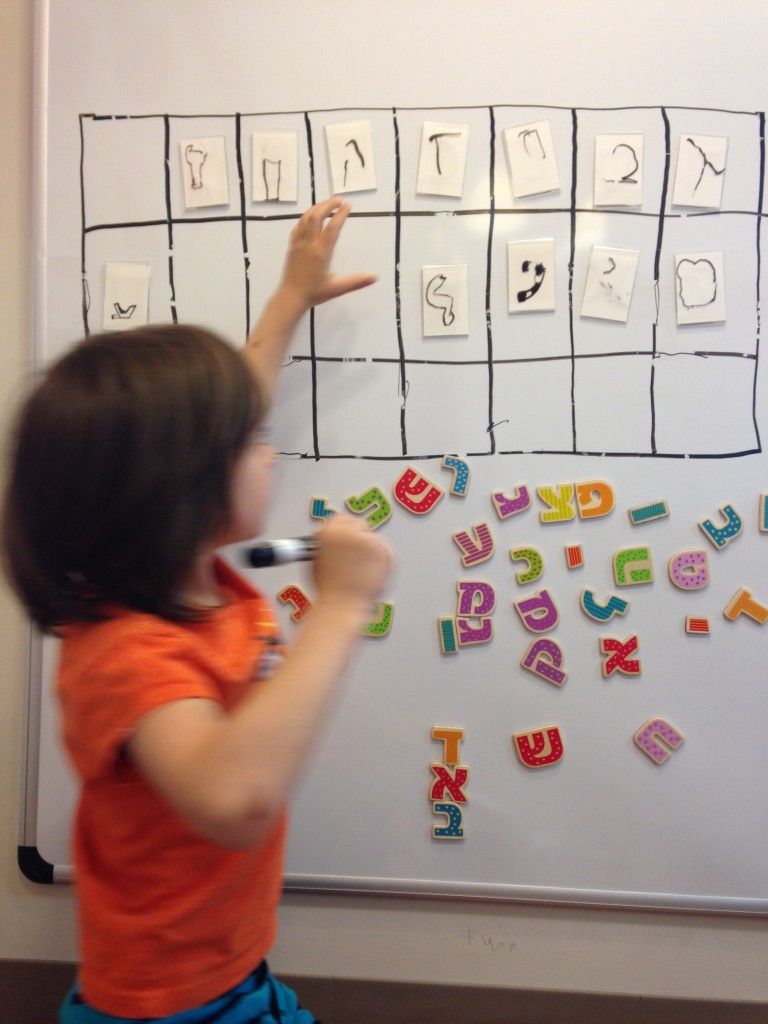 …the board was completed!  Shorashim wrote their own aleph-bet chart! 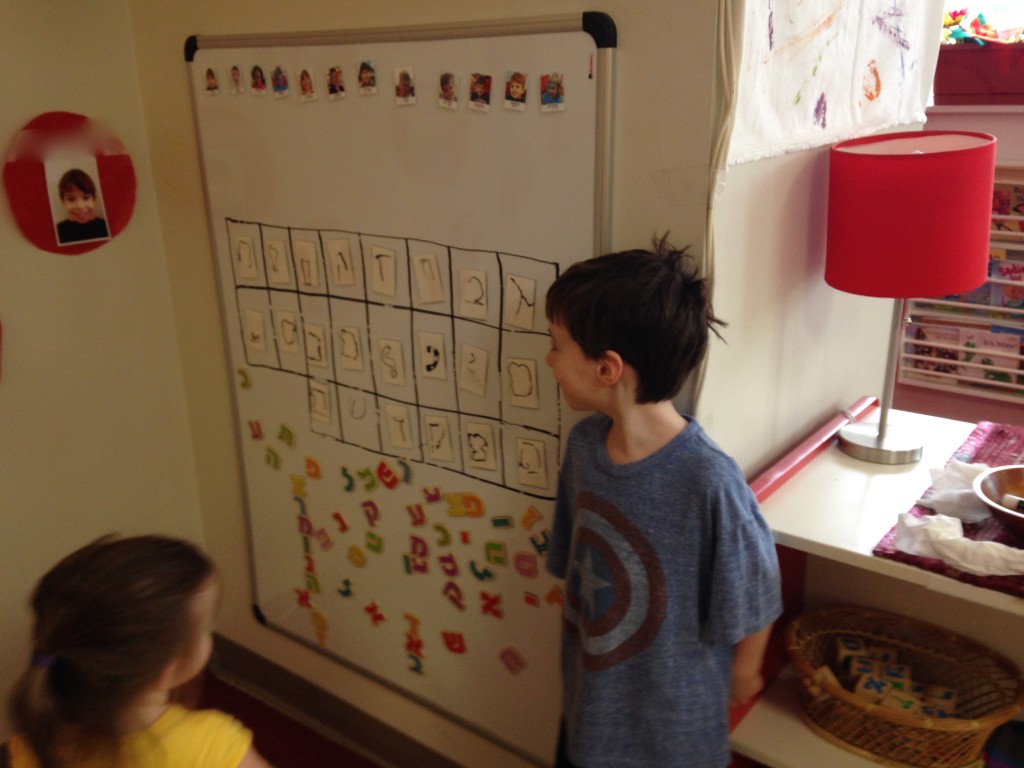