The short week didn’t stop Shorashim from having some thought provoking discussions!  With the paint now dry on our tzedakah box, we had a lot more to discuss.

First we had to add other decorations.  In order to get ideas, we went out to take a look at how we decorated the Lost and Found box and noticed that we put pictures of things that could go inside. 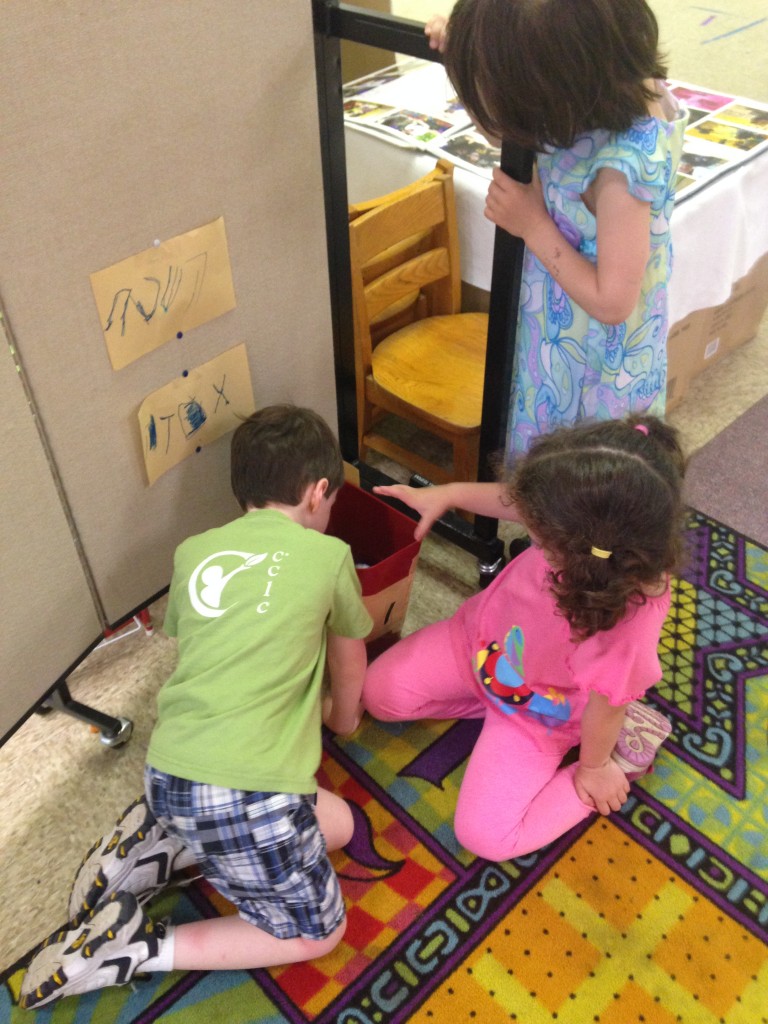 Friends were very thoughtful about what we had to include, and wanted to make sure people knew that “money” and “coins” were to go inside so they drew pictures of each and even labeled them in English.

One friend was concerned that a small animal might try to make the box into a home, so she included a picture of an animal with a cross through it showing that animals were not allowed.

Of course we had to label it as a “tzedakah box” in English and Hebrew!

Finally, we had to decide where to put the box!  Everyone seemed to agree that right next to the Lost and Found Box was the best place. 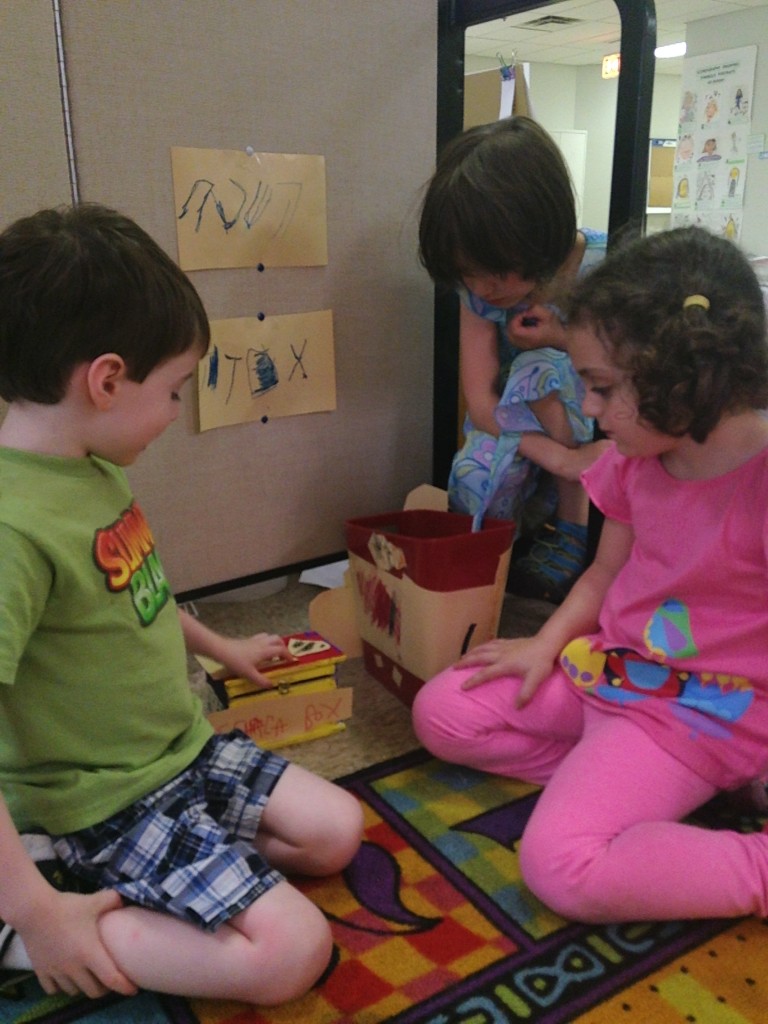