A New Job in Nitzanim

Even as our year draws to a close, Nitzanim are getting new responsibilities. Our newest one, just added to פגישה [pegisha; meeting] last week involves putting together lots of the Hebrew that we’ve been working on all year.

Each day, one child in Nitzanim gets an opportunity to build a sentence out of legos. The sentence instructs the child’s classmates–either the whole group or specific children–to move somewhere in the room. The most common sentence we’ve built so far says “כולם לקפוץ אל הדלת” [kulam likpotz el hadelet; everyone jump to the door]. 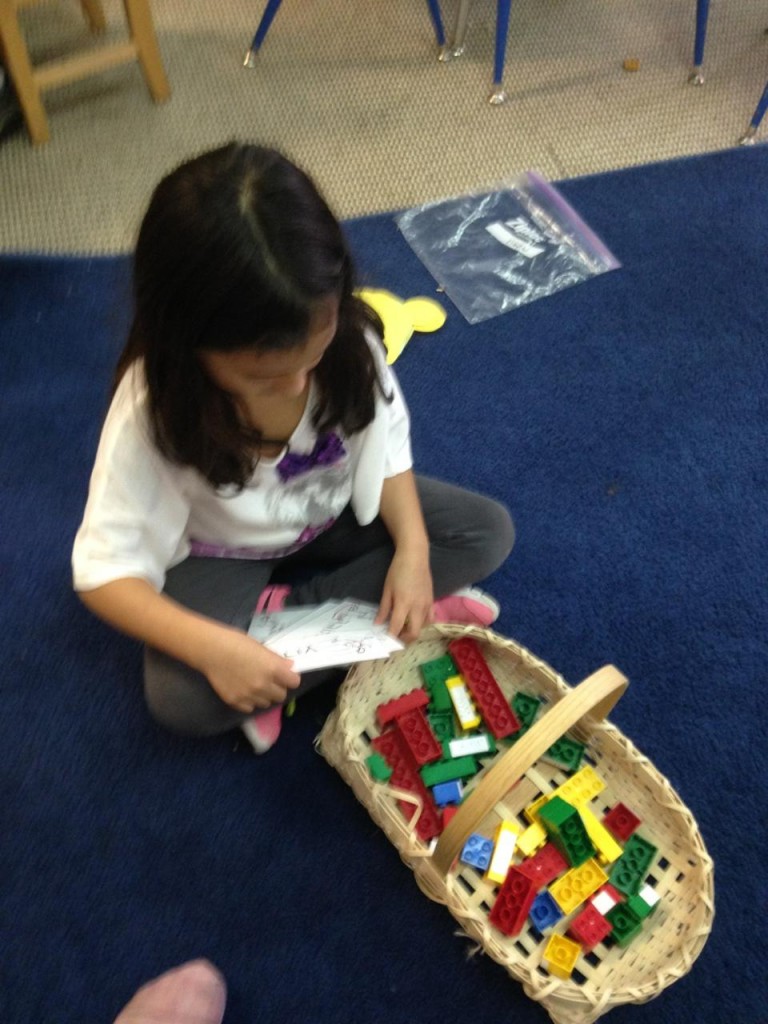 The new job is an exciting addition to our classroom! It meets every child at their own Hebrew level, and gets them working through elements of sentences we’ve been saying all year. For some children, they’re decoding each lego they pick up, sounding out parts of the word until they can figure out if it’s the one they wanted. Others are using cards with illustrated verbs or pictures of their friends to help them match the legos they want. 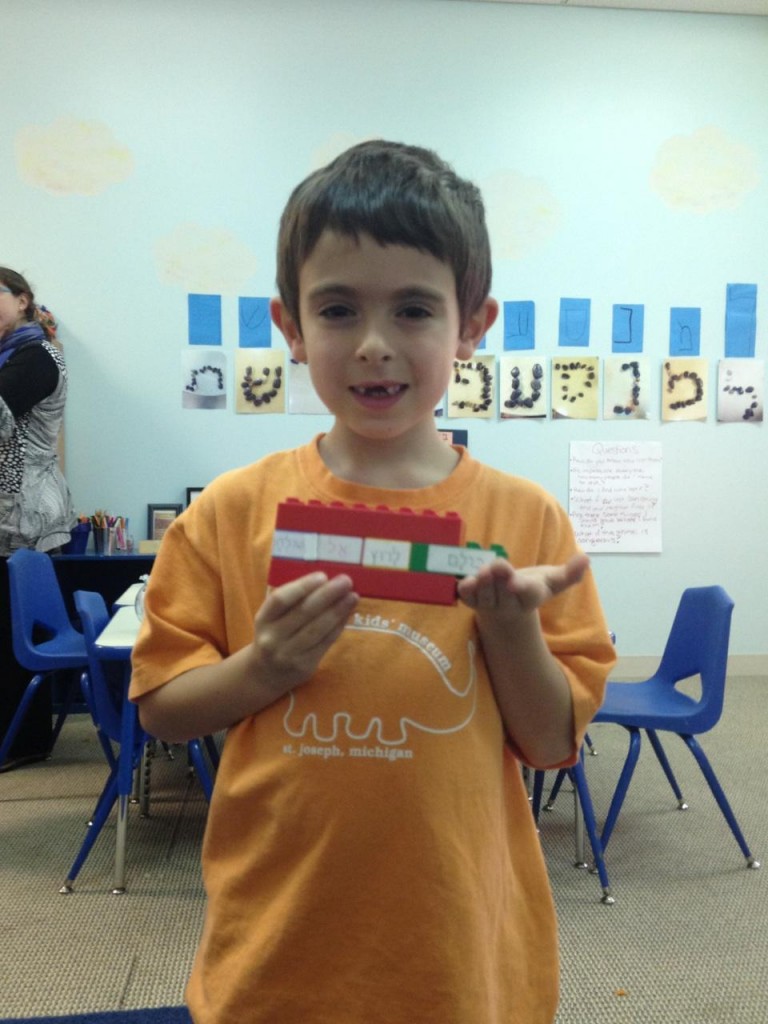 Each child gets to sit with a Morah and work one on one on the Hebrew skills they’ve been building all year; then they can tell all their friends to jump or run around the room! We’re having a good time seeing how much each of us has grown this year!