Every Wednesday after Shirah/Tfillah the children and I do yoga together. It started out as a movement break while only speaking Hebrew. But as time went on, they learned more and more Hebrew and needed more of a challenge.
So we did Yoga Teva taking them through the cycle of a grown plant or tree. From rain, to seed, to sapling, and trees! 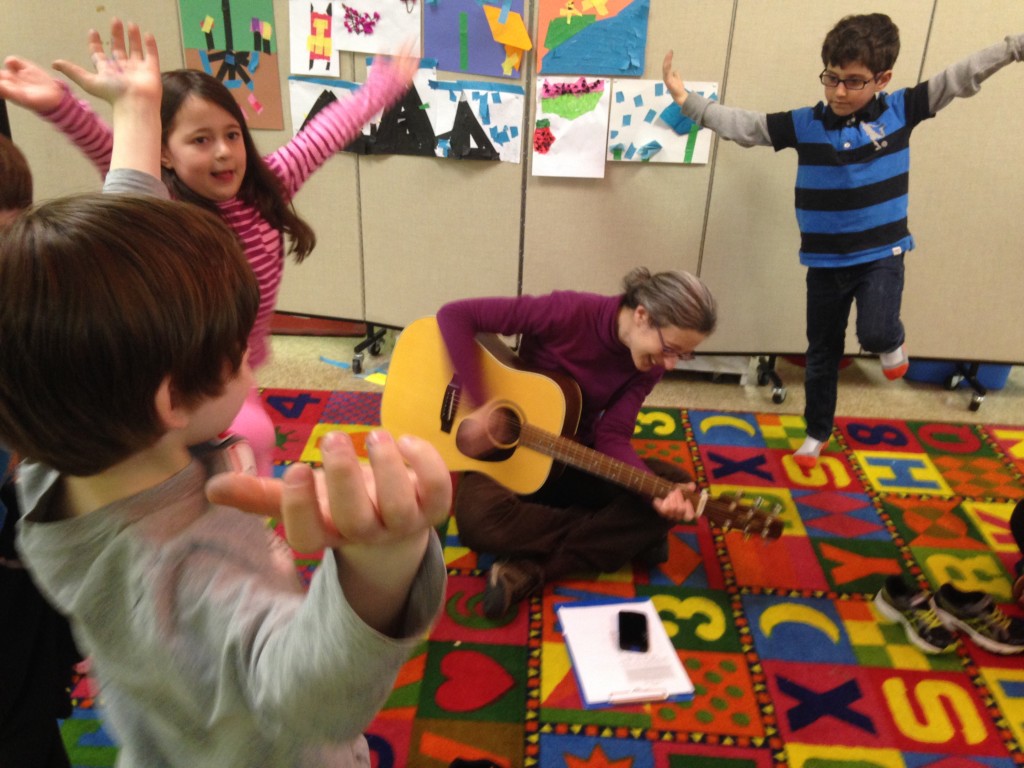 Still they needed more of a challenge! So we did partner yoga – which was a huge hit!

It was time for something new yet again and so during Pesach we gathered into small groups for Yoga Pesach. A snippet of the Passover story was handed to each group and they were challenged to create a yoga pose to “act out” that particular part of the story. It was awesome! 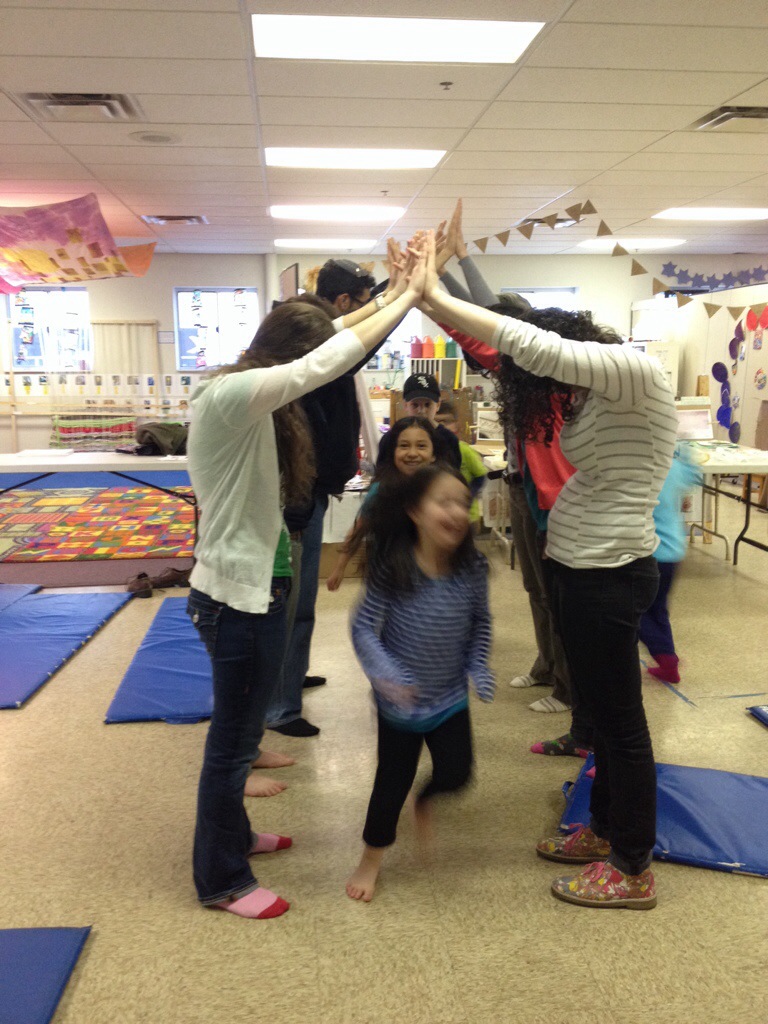 And, finally, now that we’re counting the Omer and looking forward to Shavuot we have been doing Yoga Shavuot. This time the children and Morot are creating poses together that show the four different names (and parts we celebrate) of Shavuot: Chag Shavuot (Festival of Weeks), Yom Habikurim (Day of the First Fruits), Chag HaKatzir (The Harvest Festival), Zeman Mattan Torateinu (The Time of the Giving of our Torah). 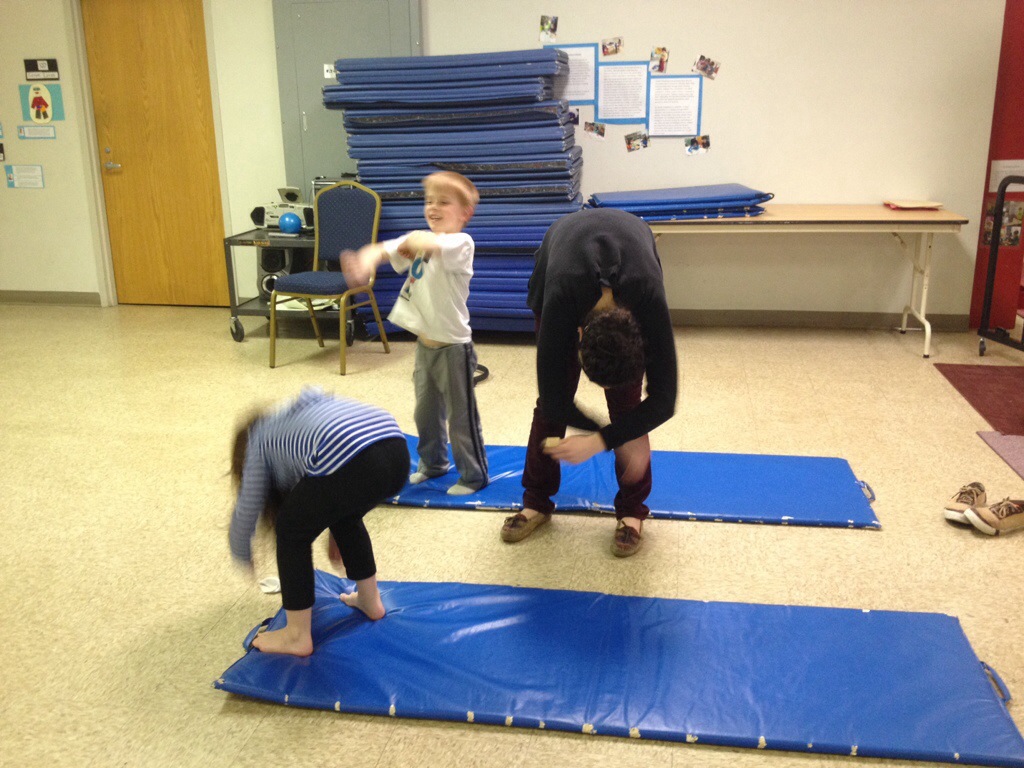 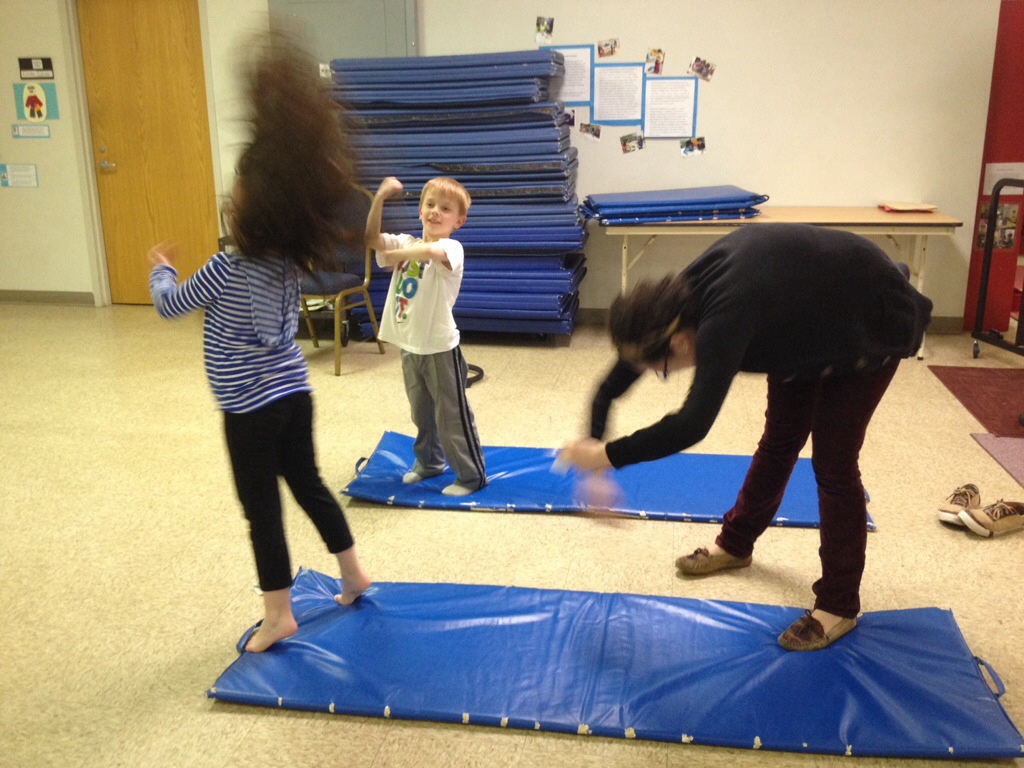 Harvesting the field and “rolling it up in a bundle” 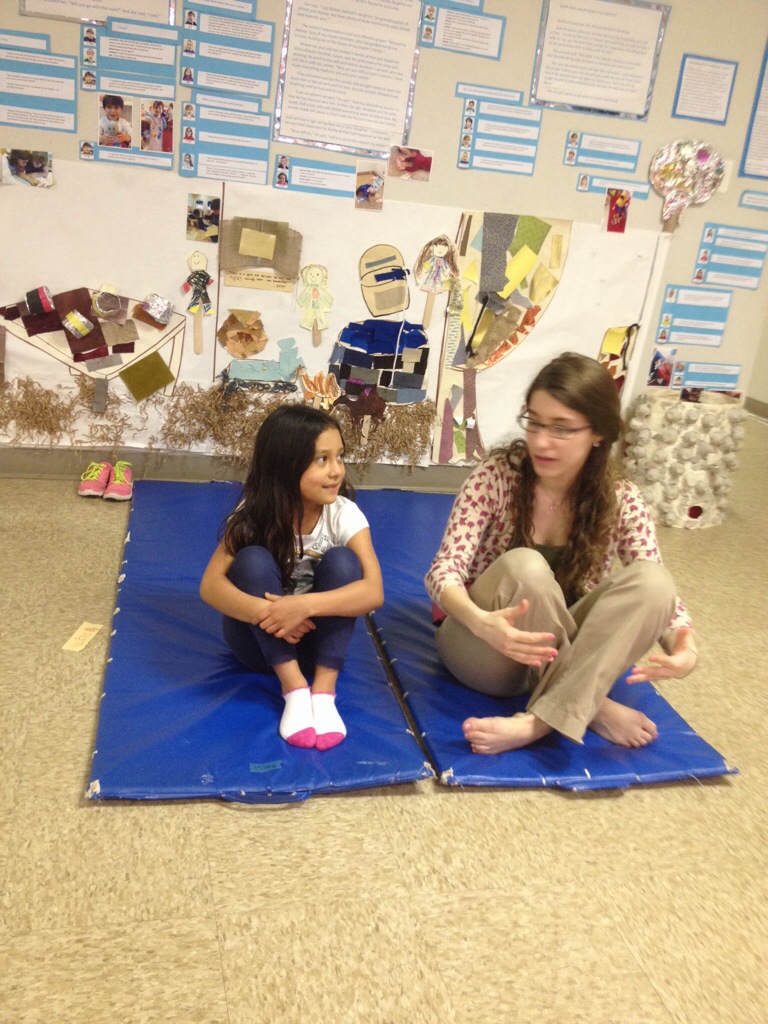 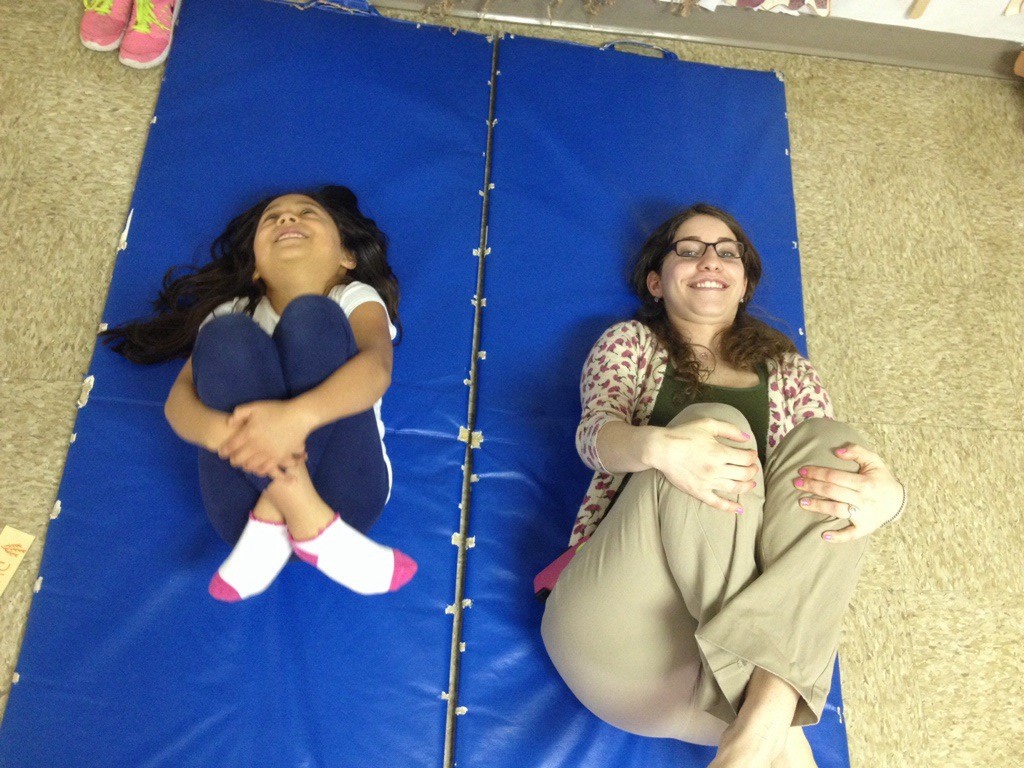 Being kernels of wheat 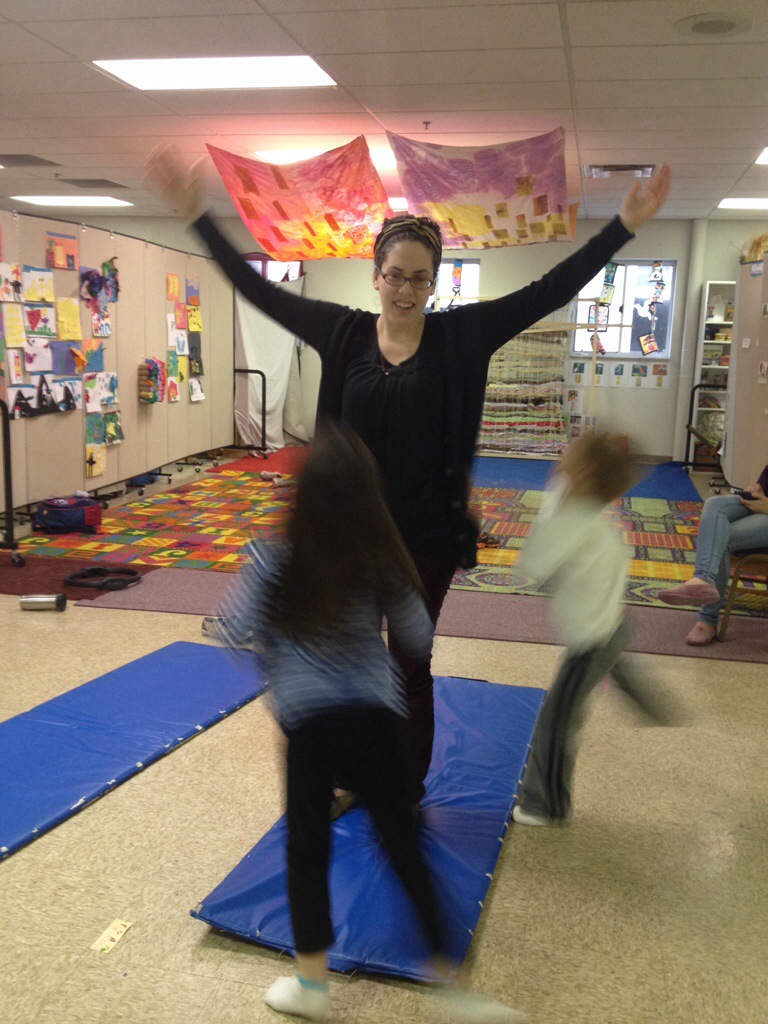 Morah Hinda is an etz (tree)… 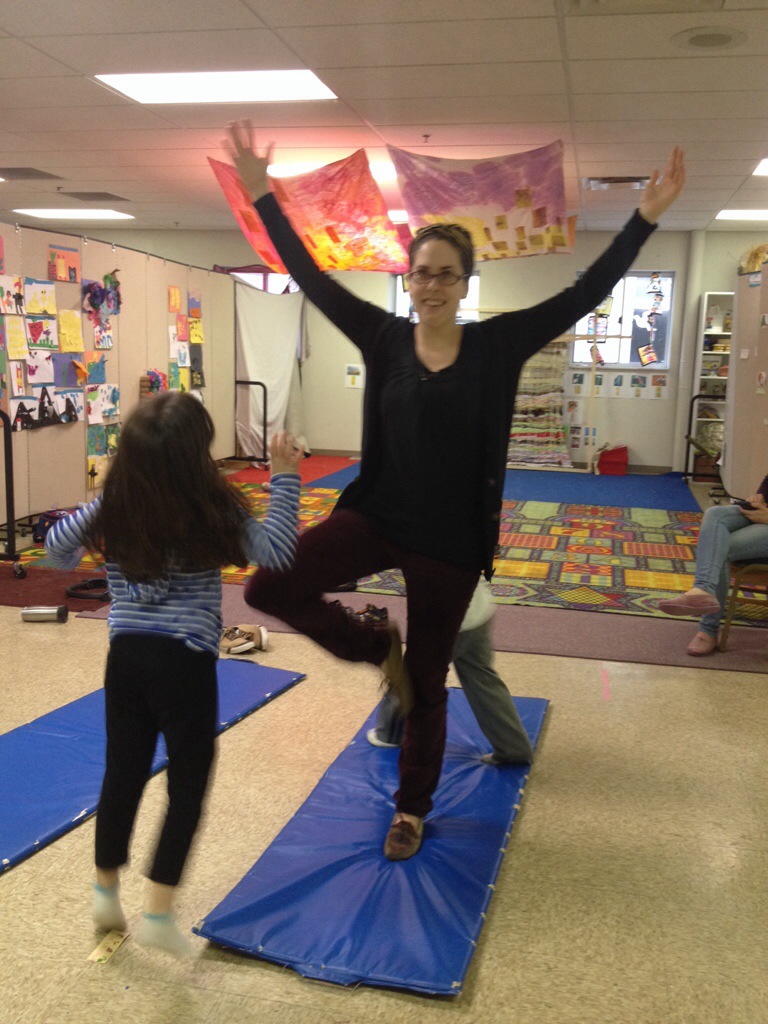 … and the children are picking her ripe fruit! 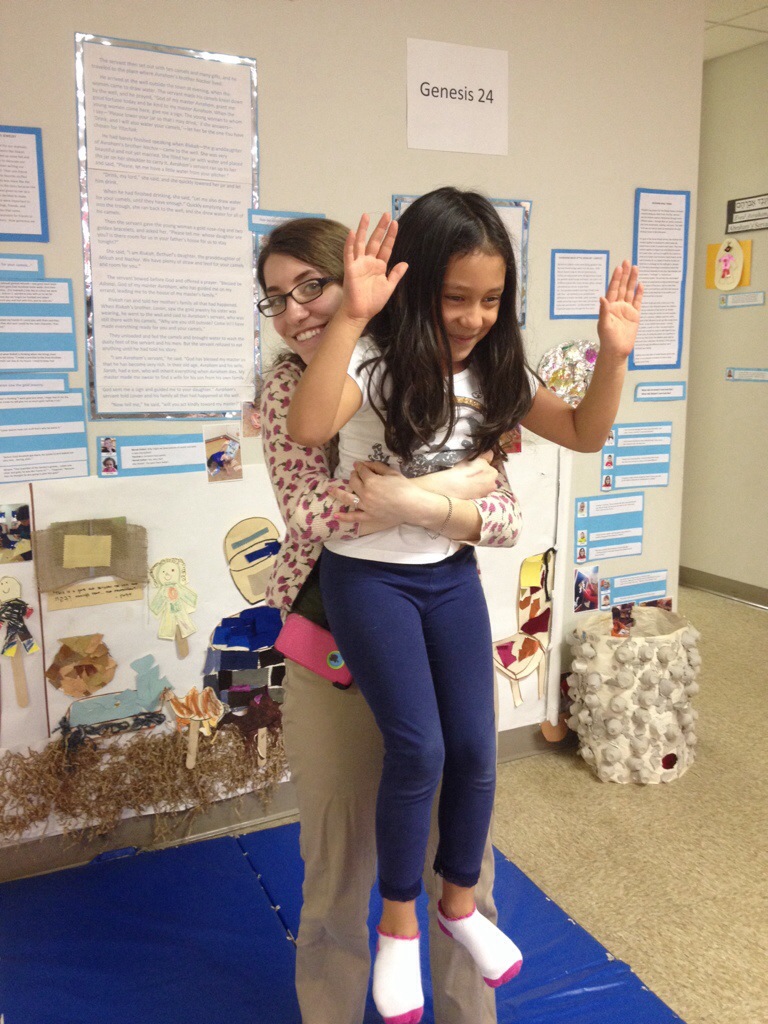 Morah Esther is Moshe who is holding a little-girl-sized torah (with etzem arms, of course) 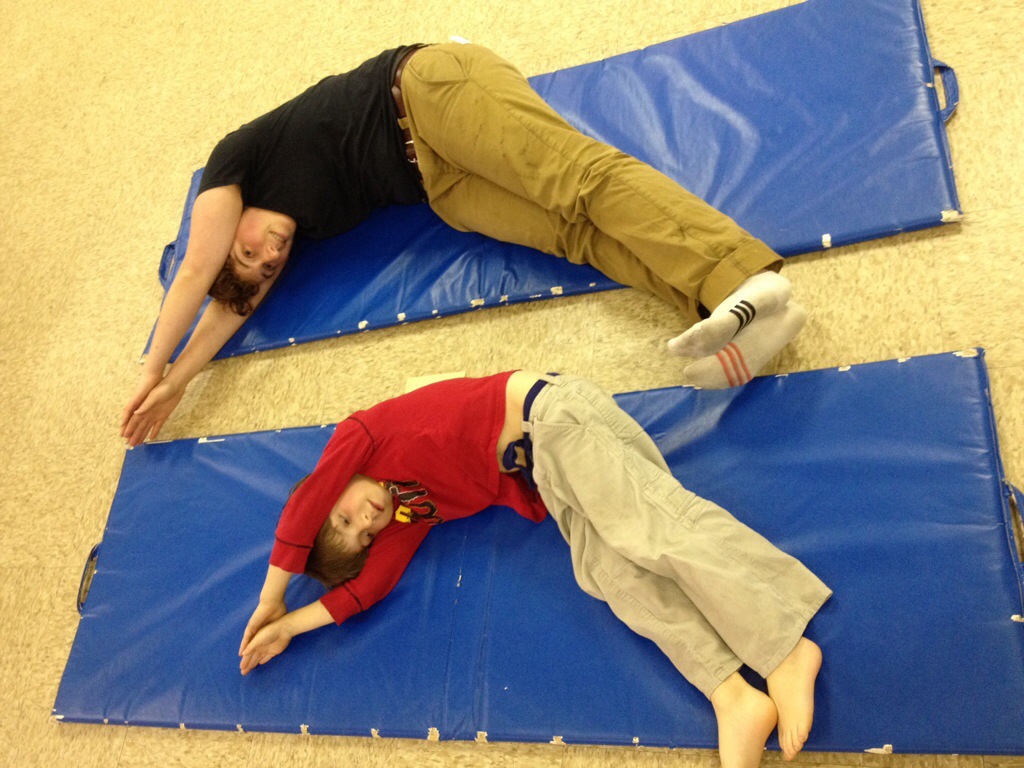