Where Do You Find a Mezuzzah? 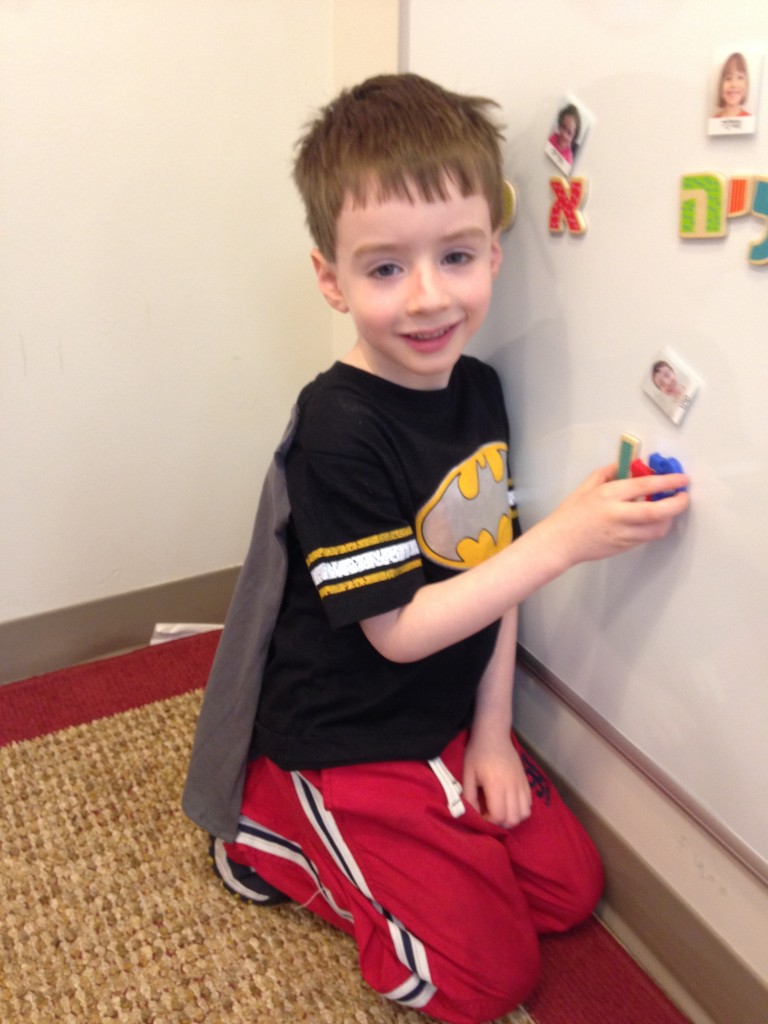 We told a a story about a girl who lost a favorite toy, and asked Shorashimers how they thought she felt; most said “sad,” some even said, “surprised.” 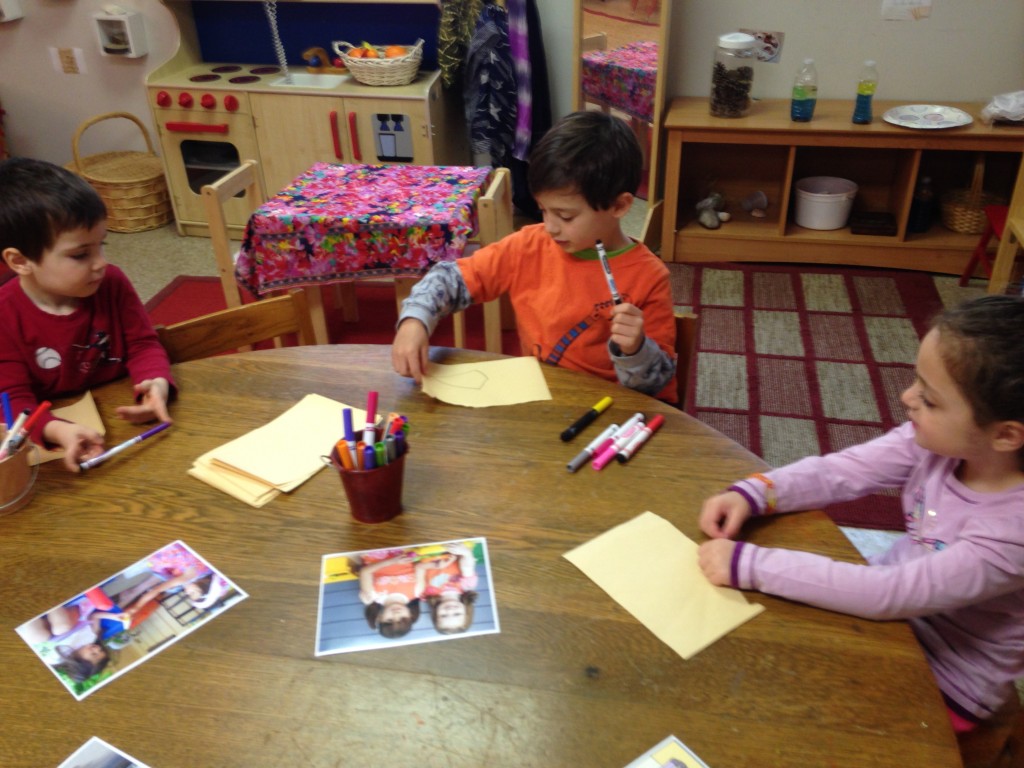 Some Shorashimers recalled times they’d lost items: here one Shorashimer drew a picture of a toy train he lost. 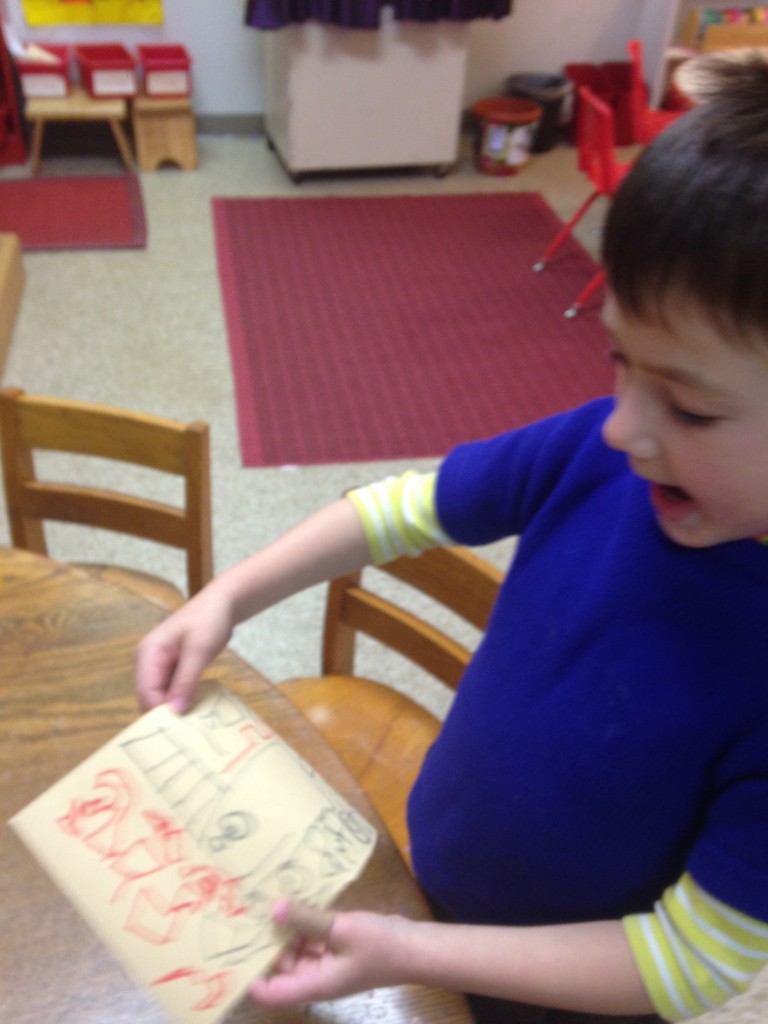 We touched upon the concept of returning items through a matching game, where Shorashimers had to return the lost items to their rightful owners. 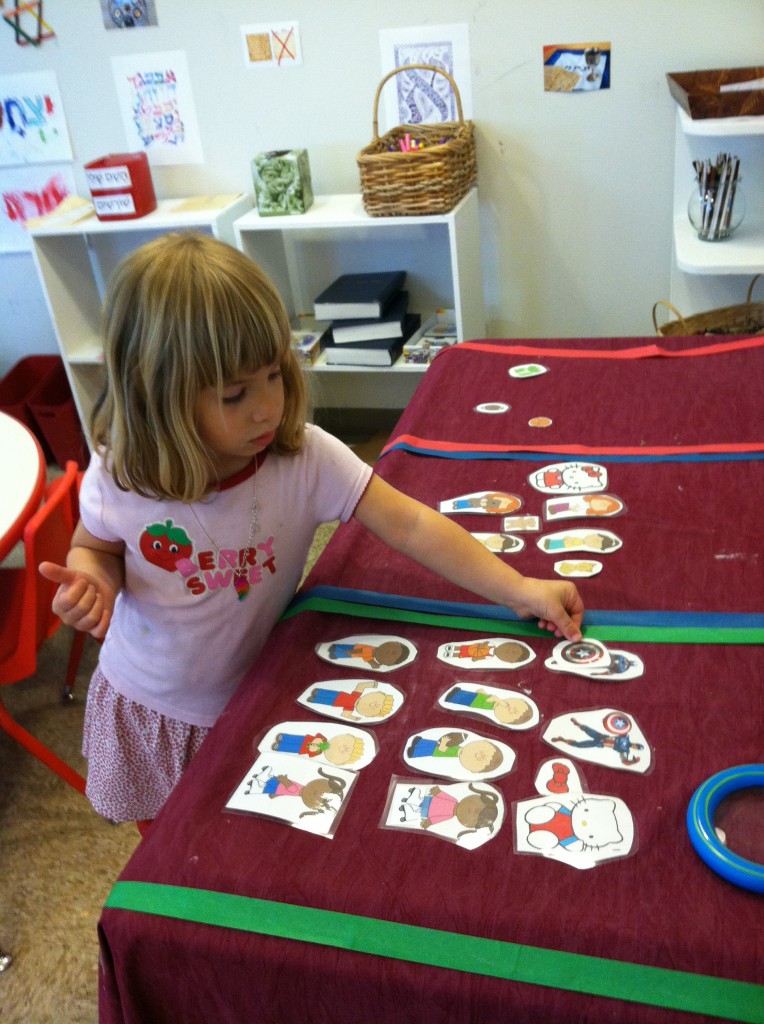 Some Shorashimers played the act of “brave knights and princesses,” helping the woeful, maiden Morah find some items she had “lost” around the room, such as this jar of pinecones. 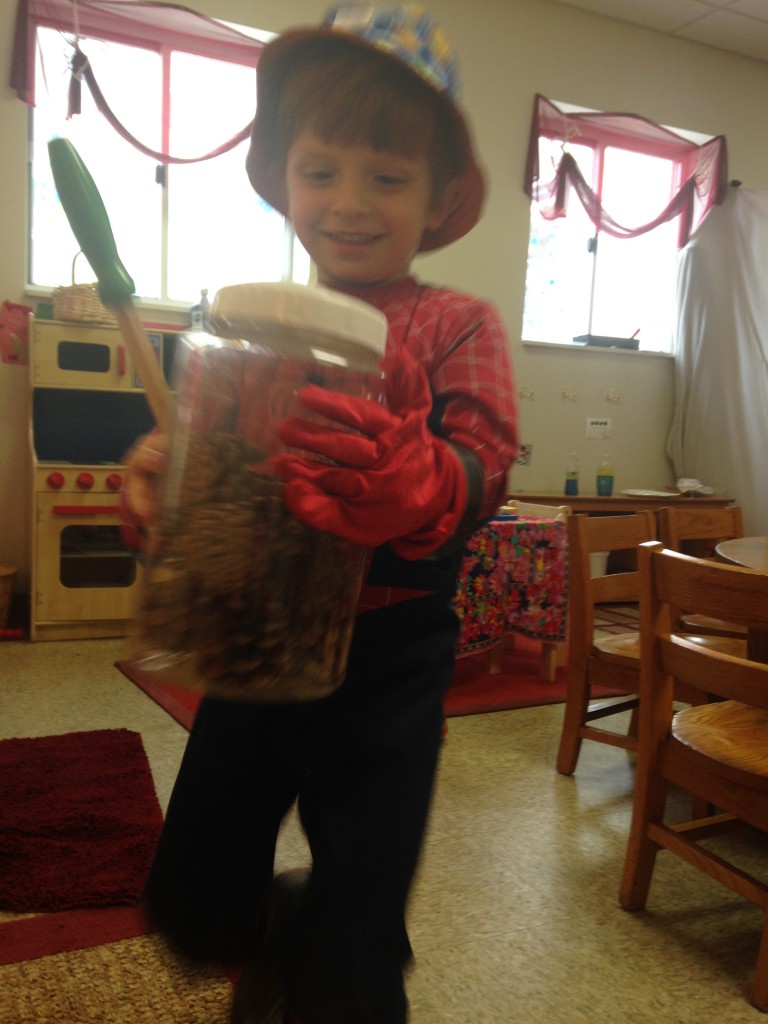 We even tied it into our Hebrew work, helping friends find letters they had “lost” from their names, and helping put back together the aleph bet. 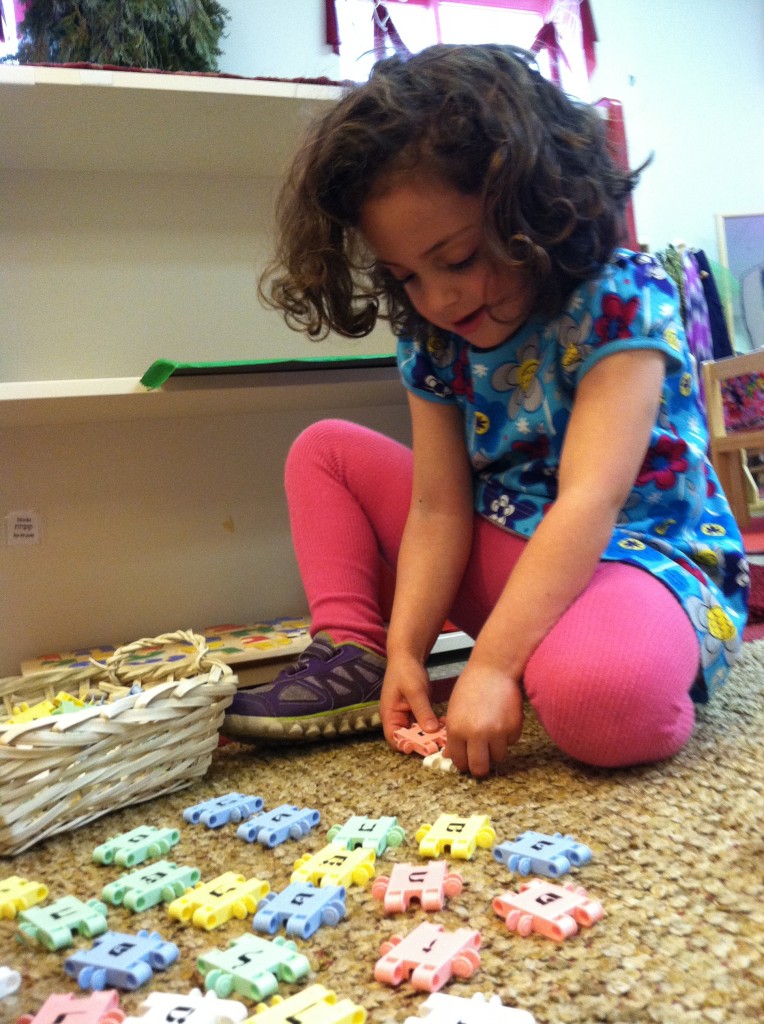 We look forward to more Hashavat Aveidah explorations next week!