Our Weaving is Growing!

Shorashim Hides and Finds the Afikomen

Shorashim had a fantastic week as we celebrated the end of פסח (Pesach – Passover).  To honor the last two days, we didn’t write or draw or use electronics, leaving us with fewer pictures than usual; but that doesn’t mean we were any less busy or having any less fun!

As we’ve mentioned over the past few weeks, we engaged in a lot of different פסח (Pesach – Passover) activities from setting up a felt seder plate… 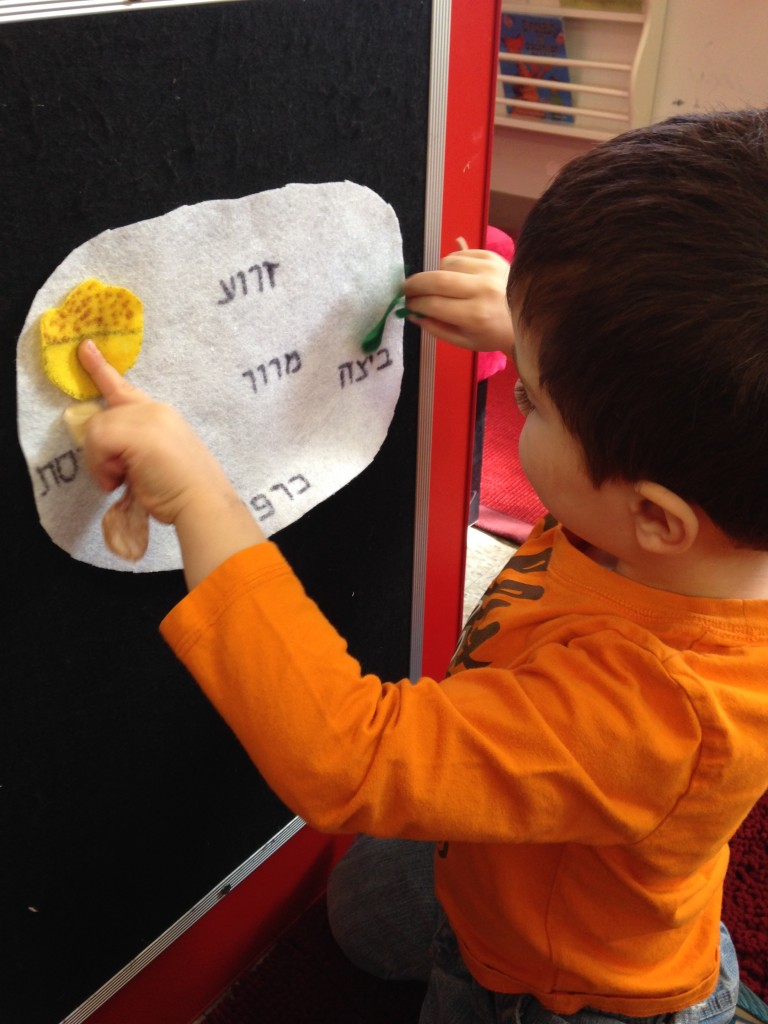 …to acting out the story… 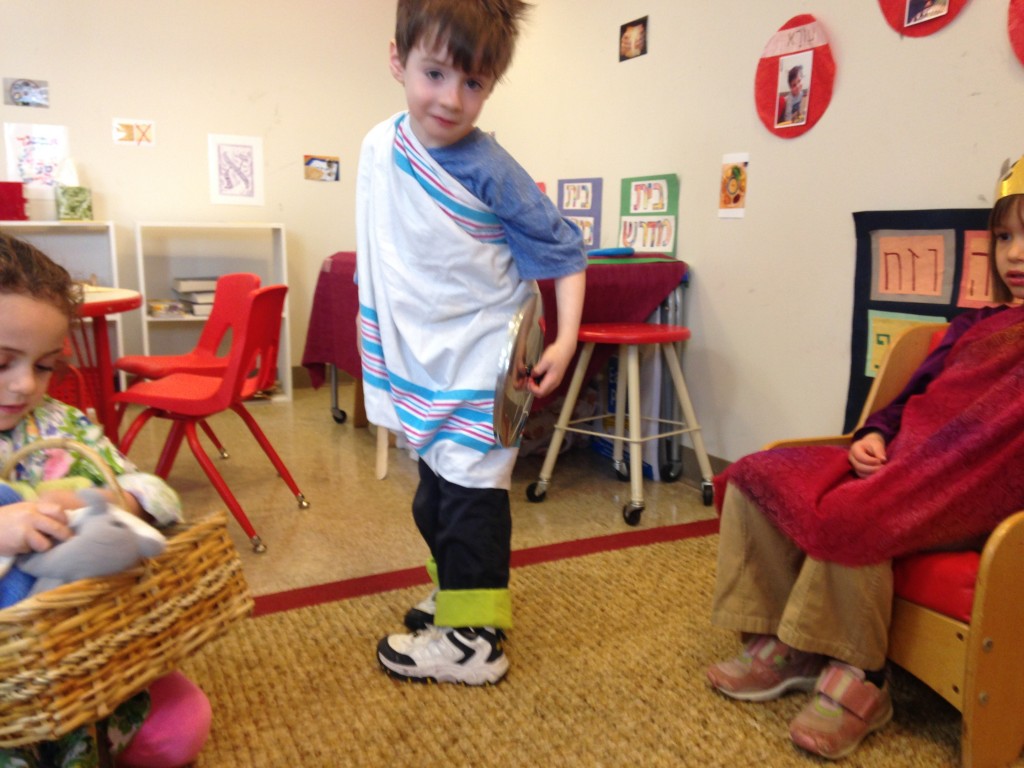 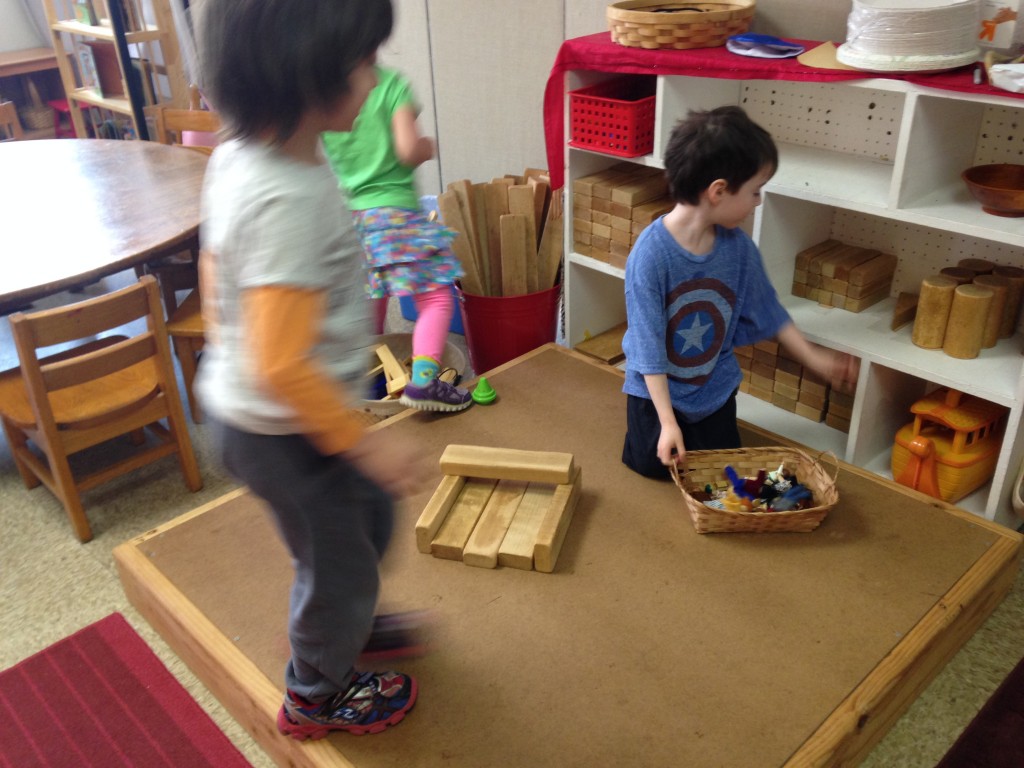 One thing we haven’t really talked about involved the part of the seder that the children seem to get the most excited for: hiding/finding the Afikomen! (And who can blame them?)  In some families the children hide the broken piece of the middle matzah, and the adults find: in other families the adults hide it, and the children find it.  We engaged in both ways, taking turns with teachers and Shorashimers hiding and finding, even hiding multiple “Afikomen” at a time! 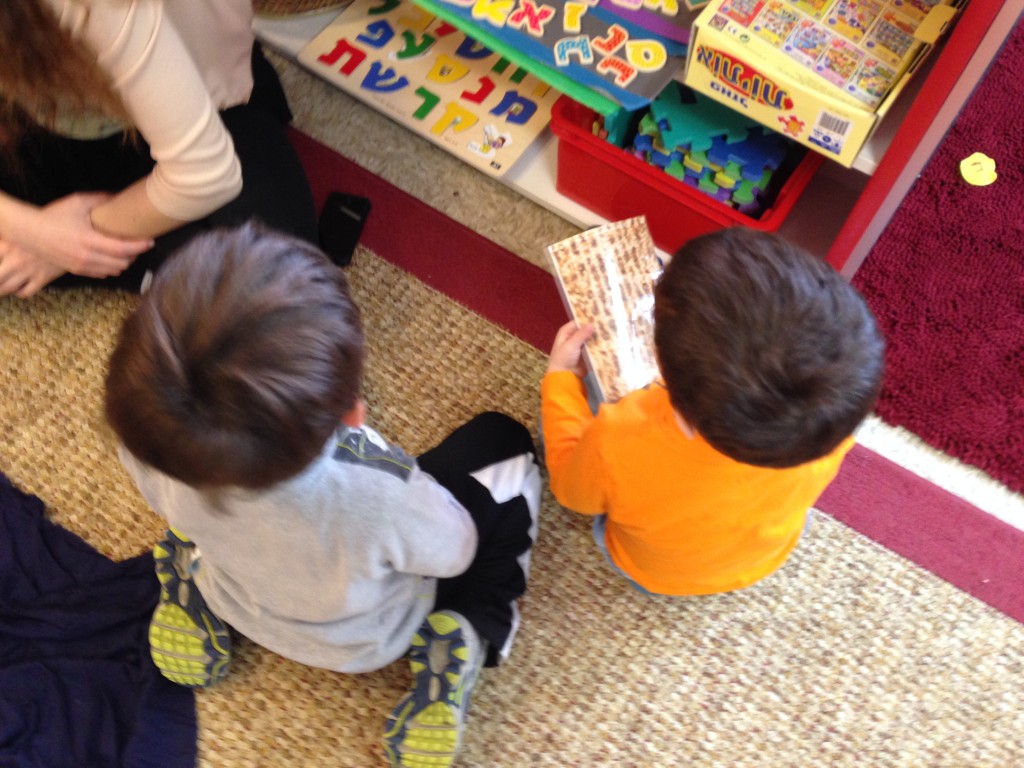 This game turned into not only a problem solving activity, as we sought out the hidden pieces of (pretend) matzah, but also a clever way for Shorashimers to practice using descriptive language! 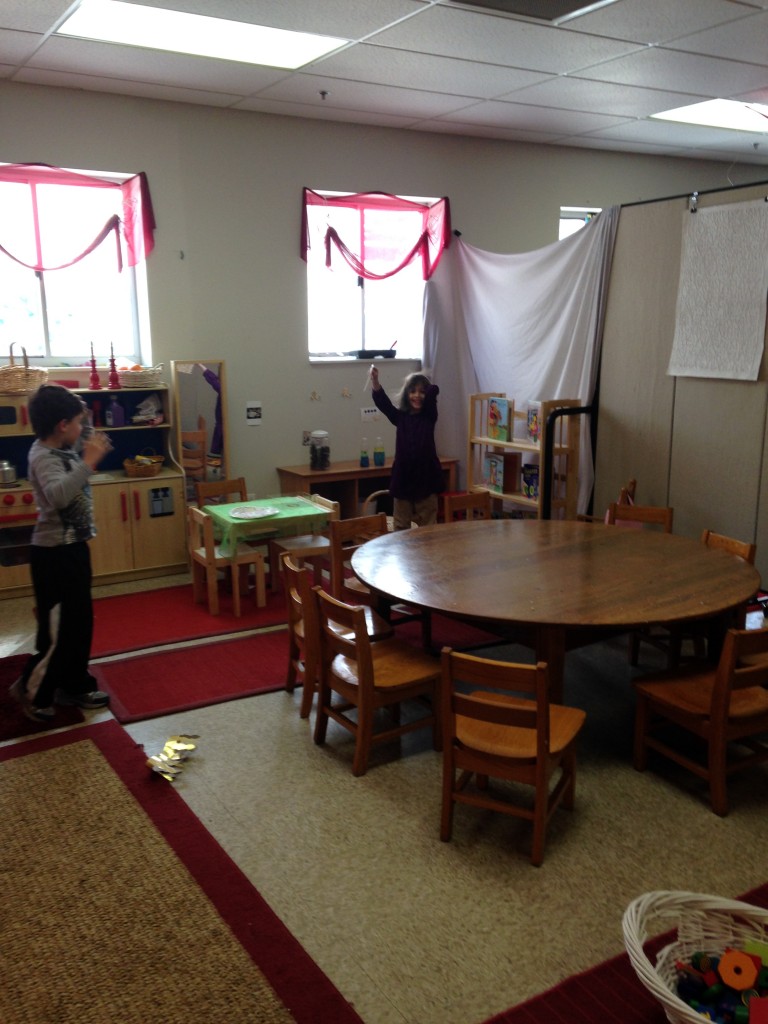 No matter how many times we hid the “Afikomen” (and they even stumped the Morah a few times), the Shorashimers were always able to find it!