Shorashim Tells the Story of Pesach

Shorashim has been thoroughly enjoying acting out the story of Pesach in a variety of ways.  Without further ado, here are some highlights from the story with some artistic embellishments our Shorashim actors included.  (NOTE: The pictures are taken from multiple renditions so the roles are represented by a few different actors.)

Pharoah was the ruler of ancient Egypt (as Shorashimers chose to depict with blocks). 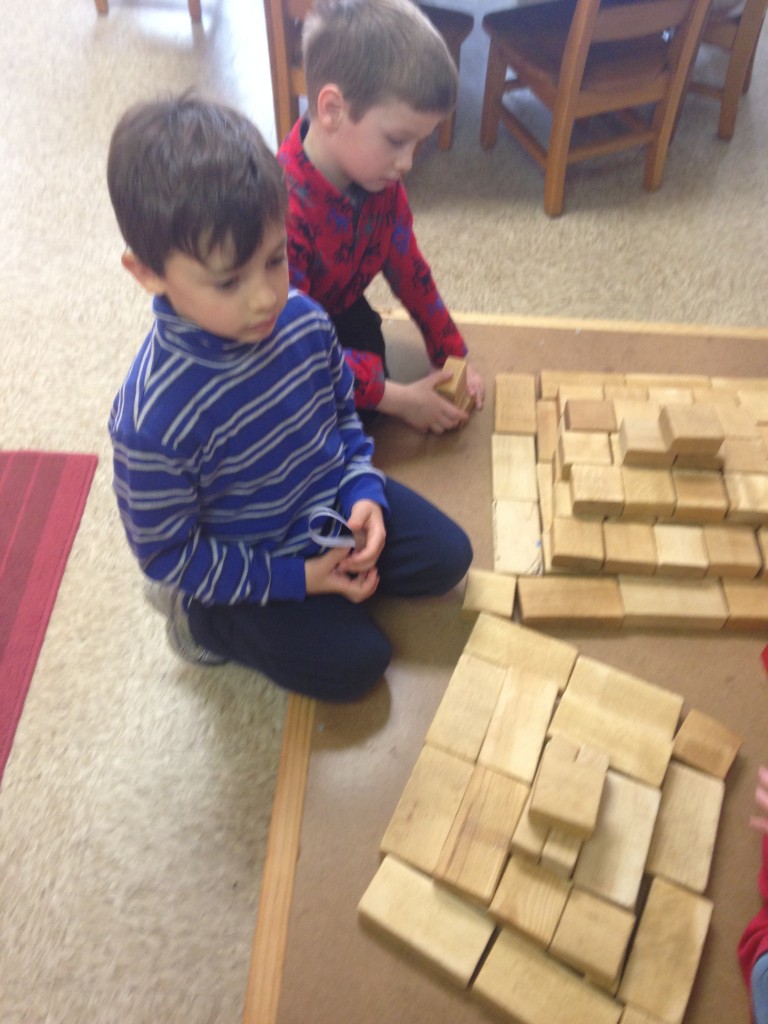 Pharaoh enslaved the Israelites, and treated them very poorly, but was happy because he had a lot of slaves to do all of his work! 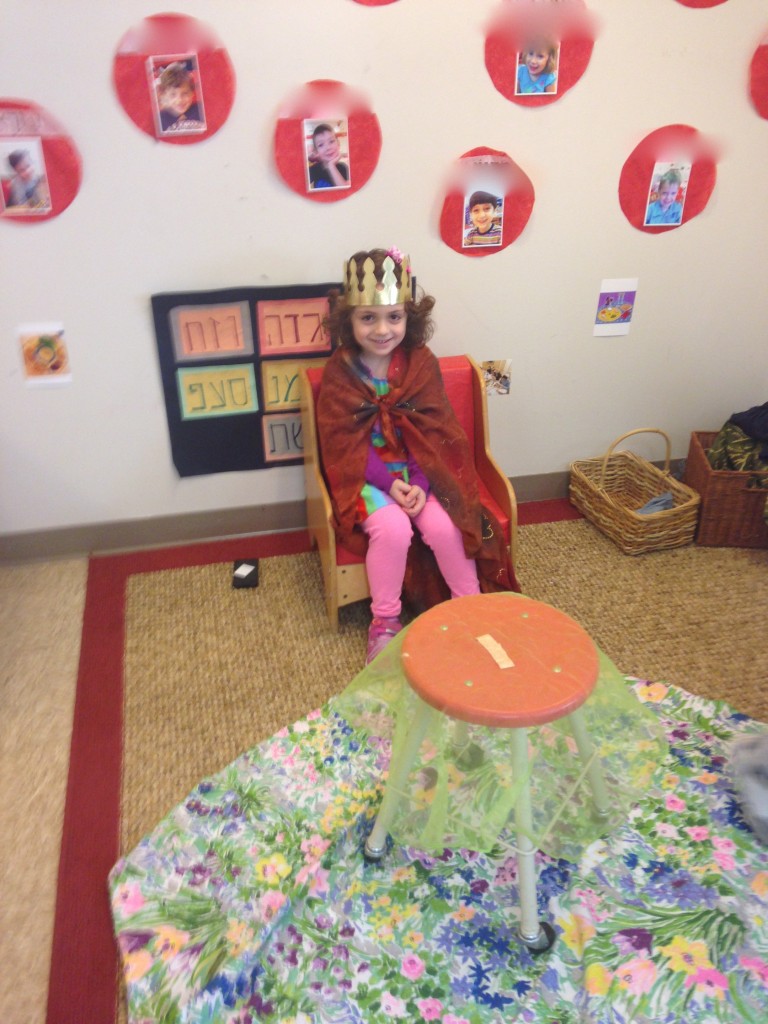 Moshe, an Israelite by birth, came across a burning bush that wasn’t burning up.  G-d commanded him to tell Pharaoh to let his people go! 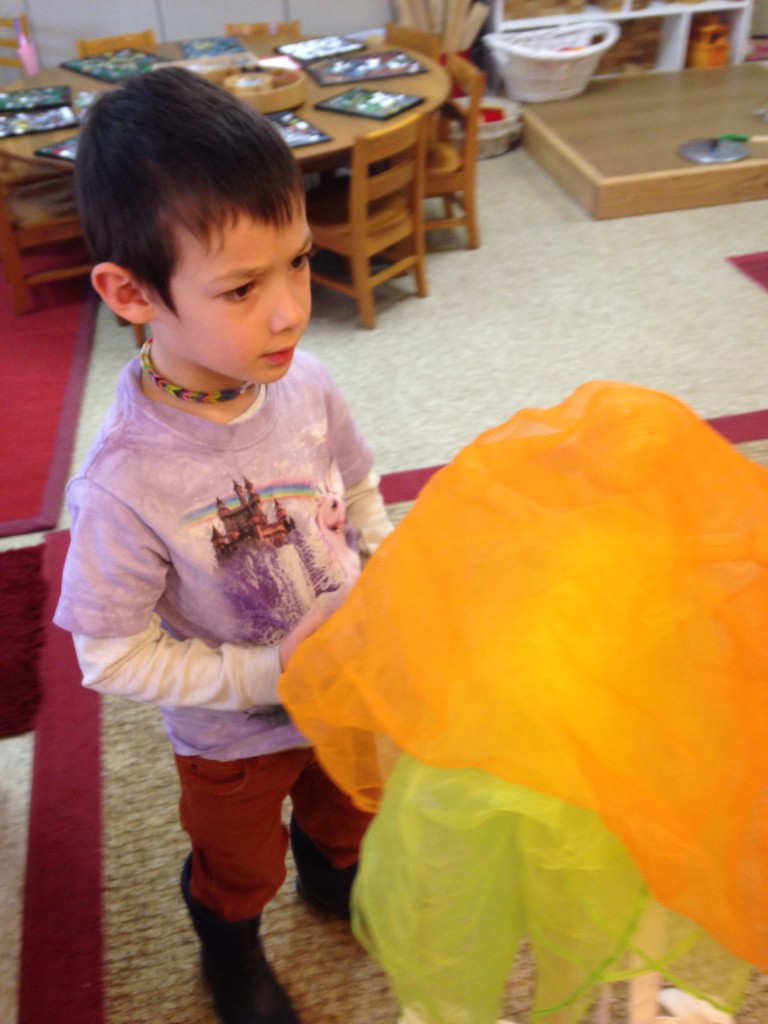 G-d told Moshe to throw his staff on the ground. 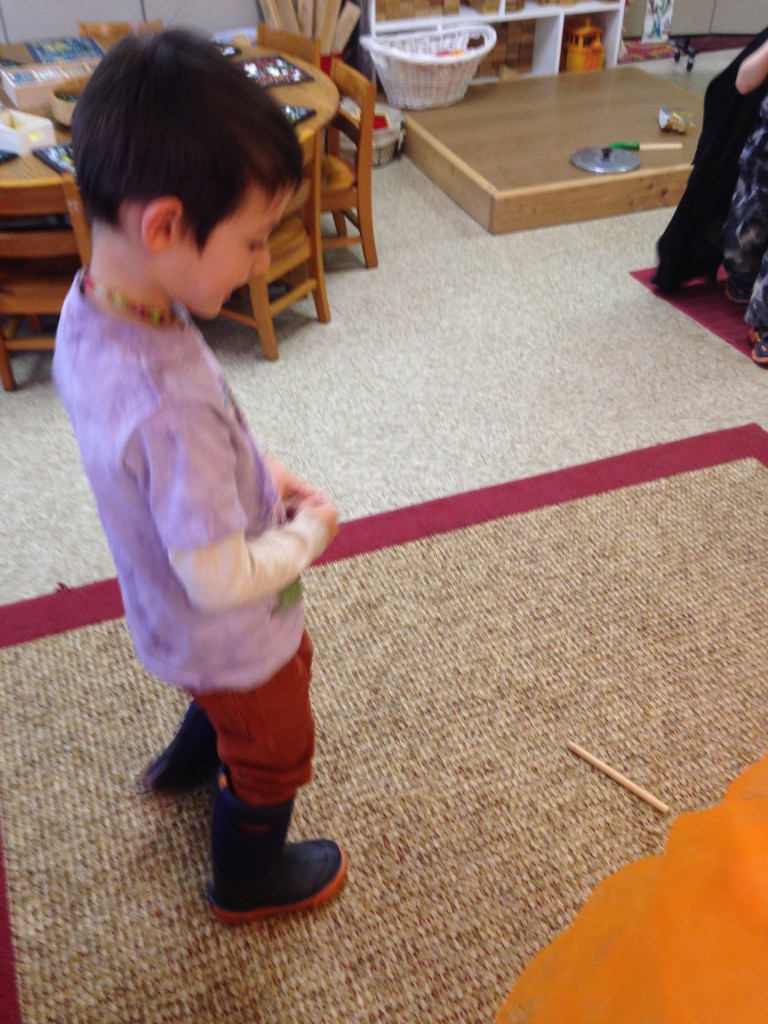 It turned into a snake!  When he picked it back up, it became his staff again. 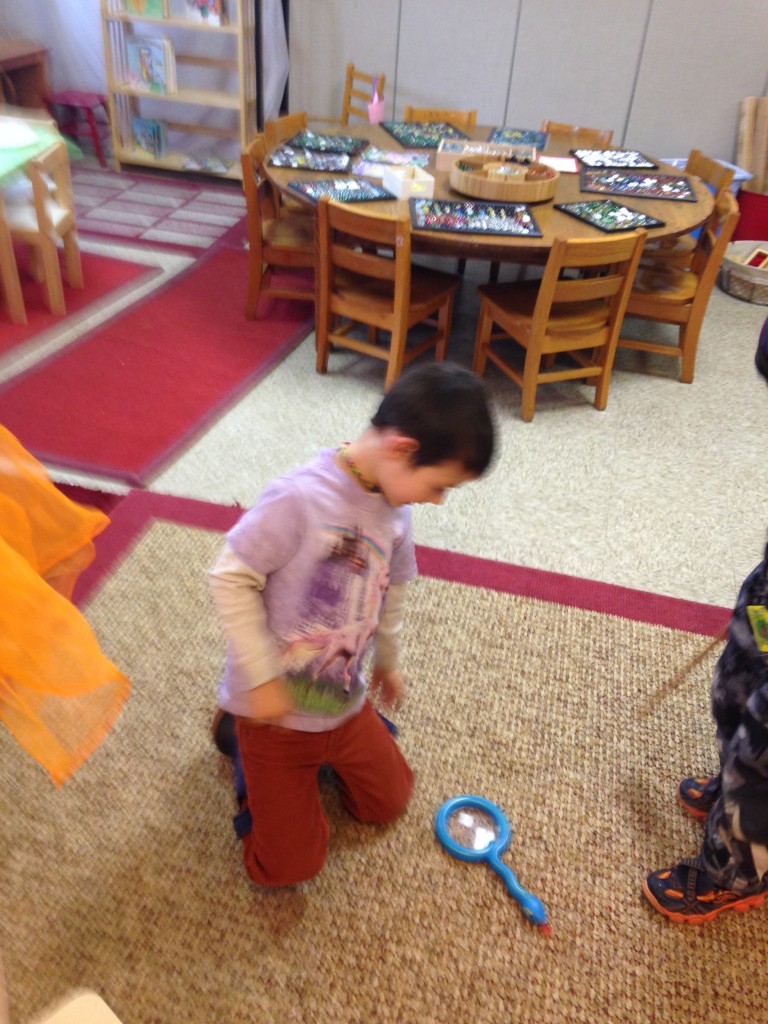 He tried the same trick in front of Pharaoh, but it did not scare Pharaoh.  Moshe cried, “Let my people go!” but Pharaoh would not relent.  So G-d sent down plague after plague, and each time Pharaoh continued to say no! 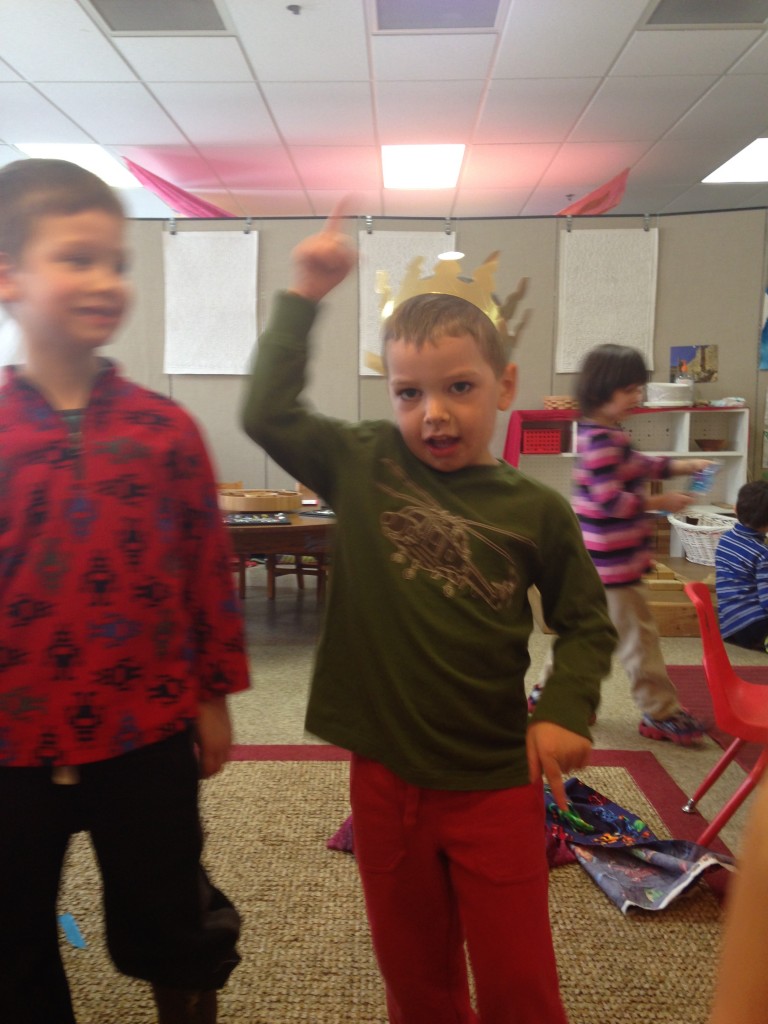 The water turned to blood (note the red river). 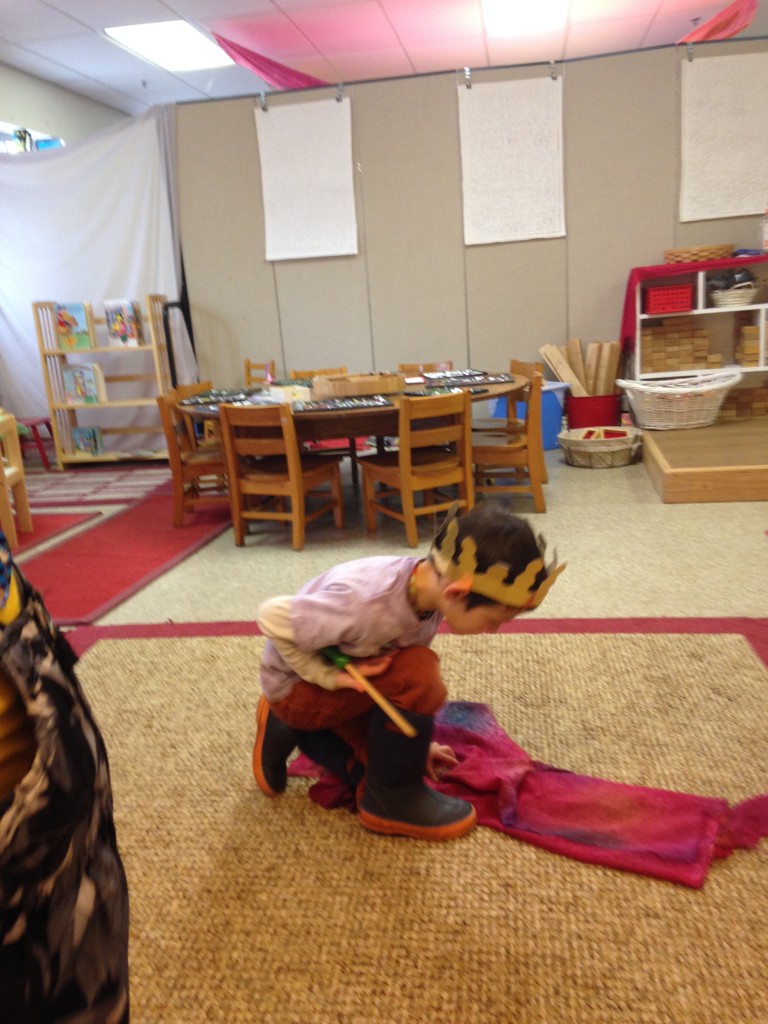 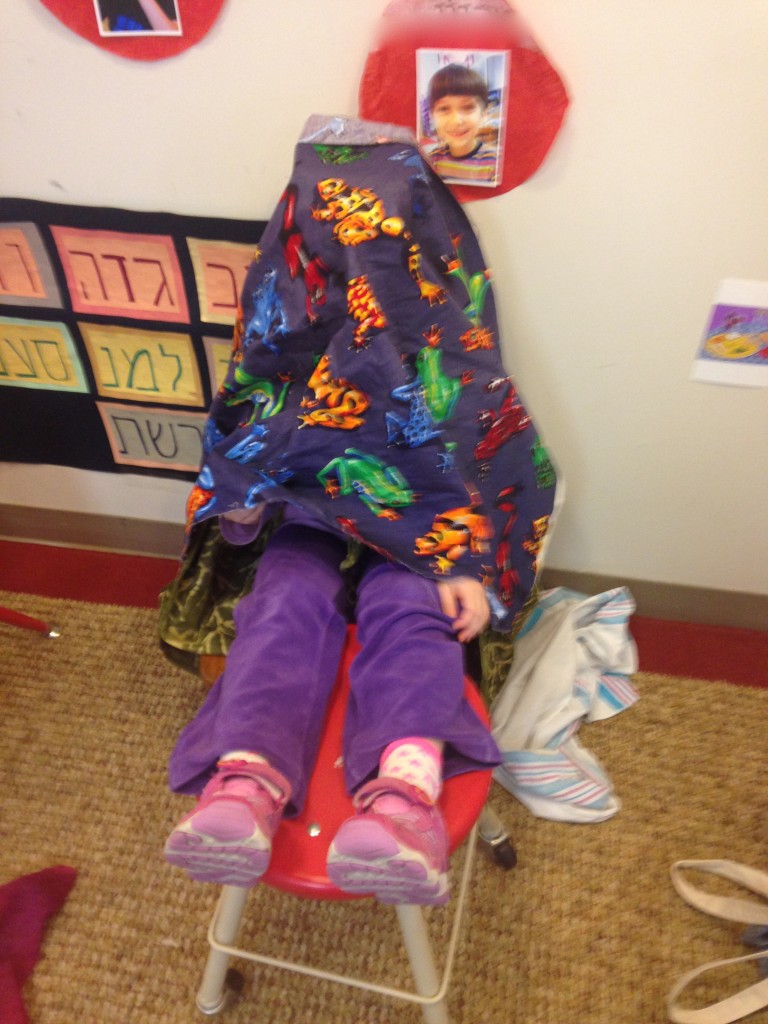 Lice that made Pharaoh’s head so itchy, he had to take off his crown! 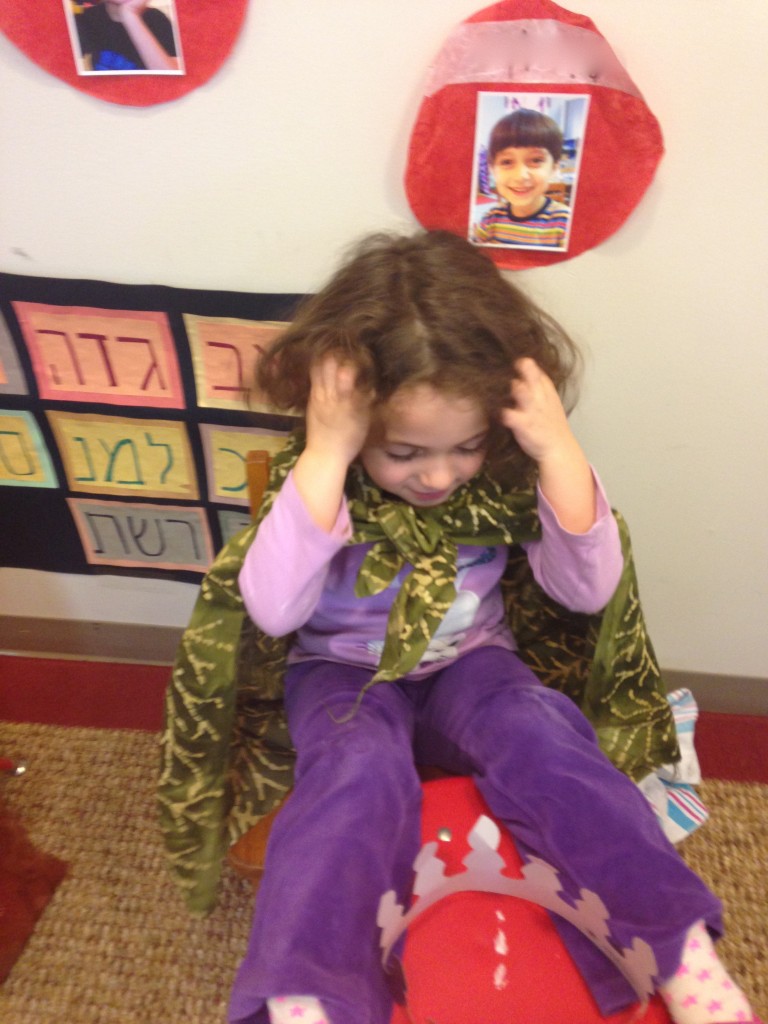 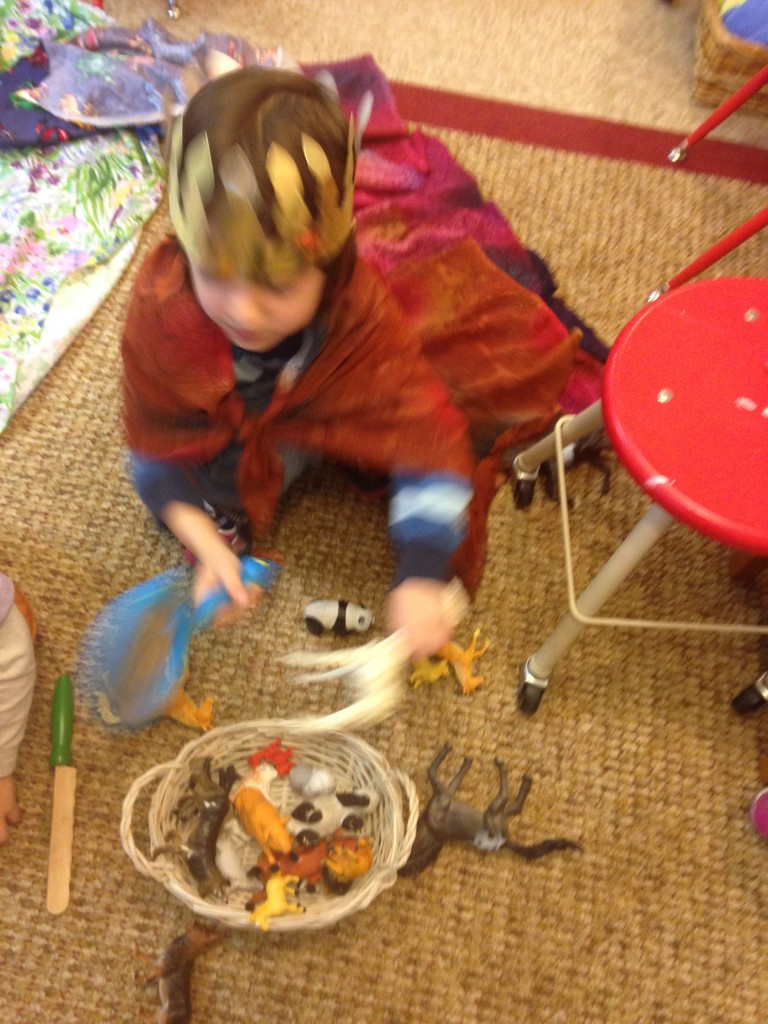 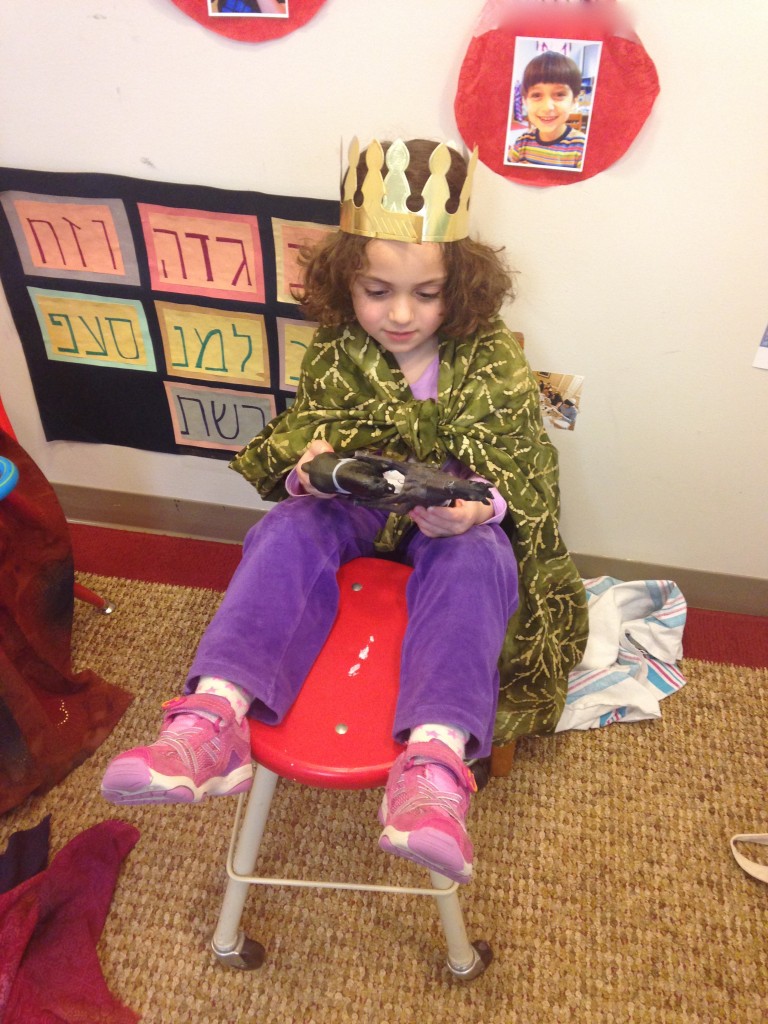 Boils that made the Egyptian’s skin very uncomfortable (note the guard scratching his arm). 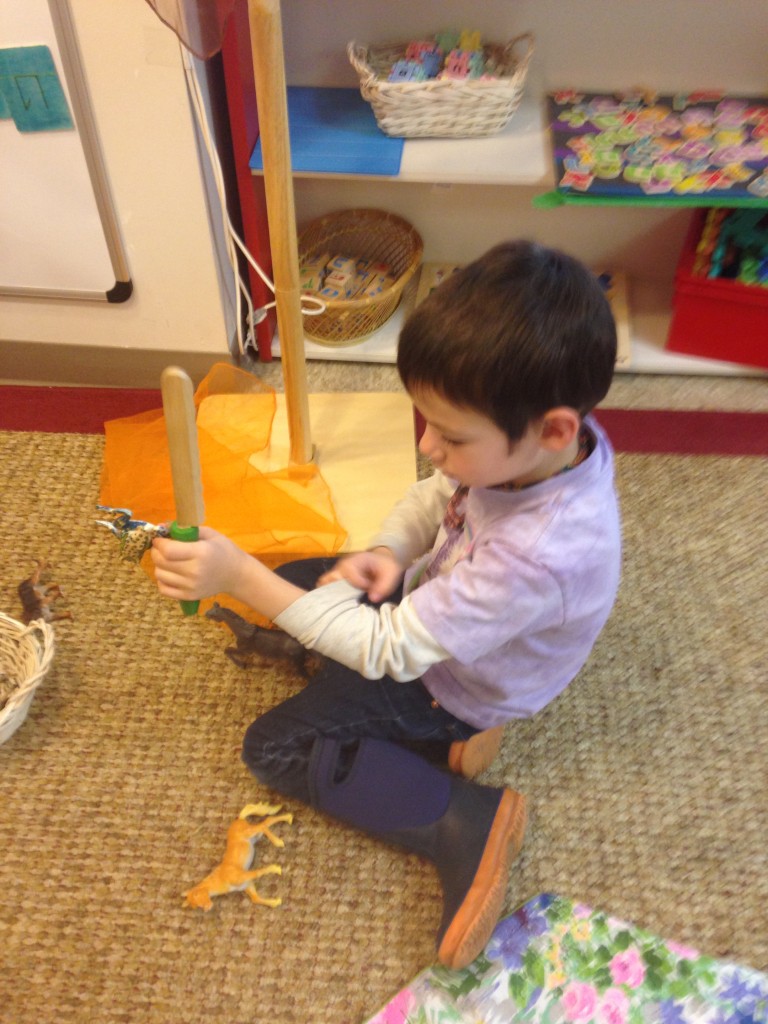 Hail that came down from the sky that was so strong, the Egyptian guard had trouble containing it in his shield! 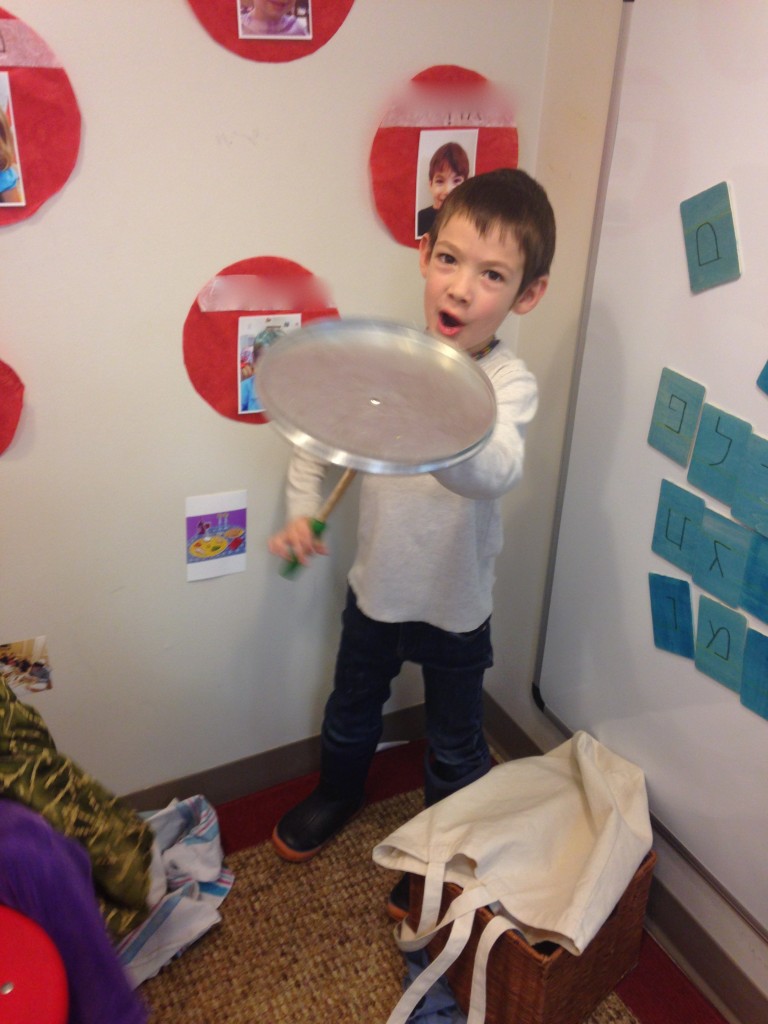 Locusts that ate up all of the food!  Here the Egyptian guards are not too happy to hear that their food is gone. 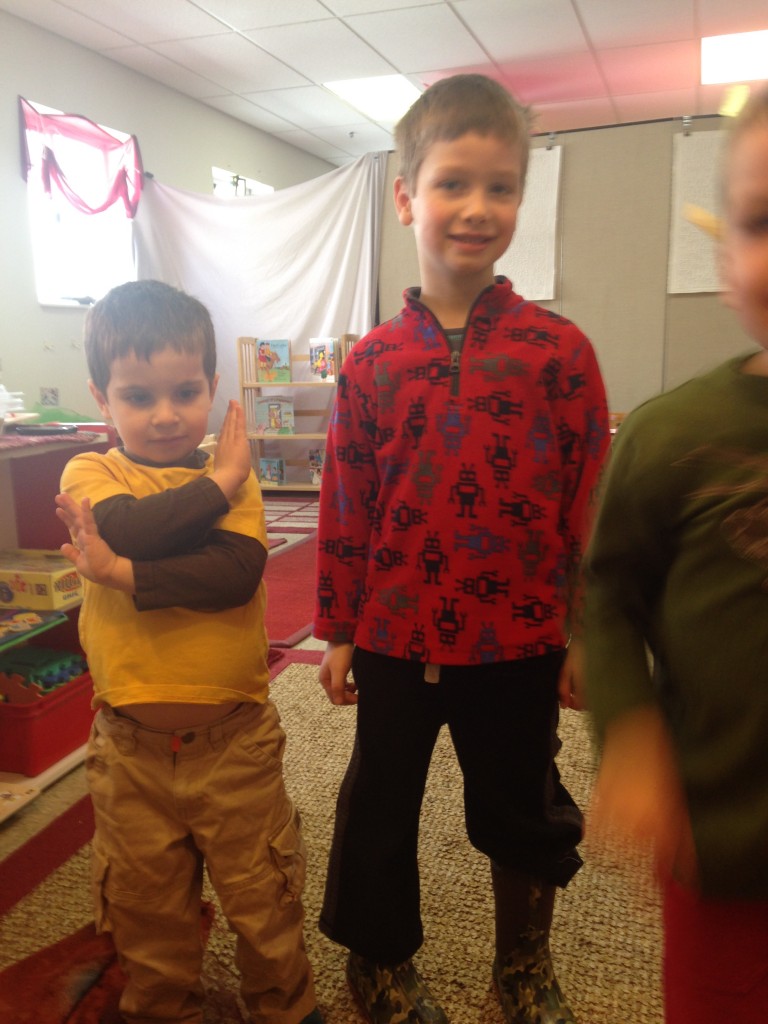 Darkness that made it difficult to move anywhere! 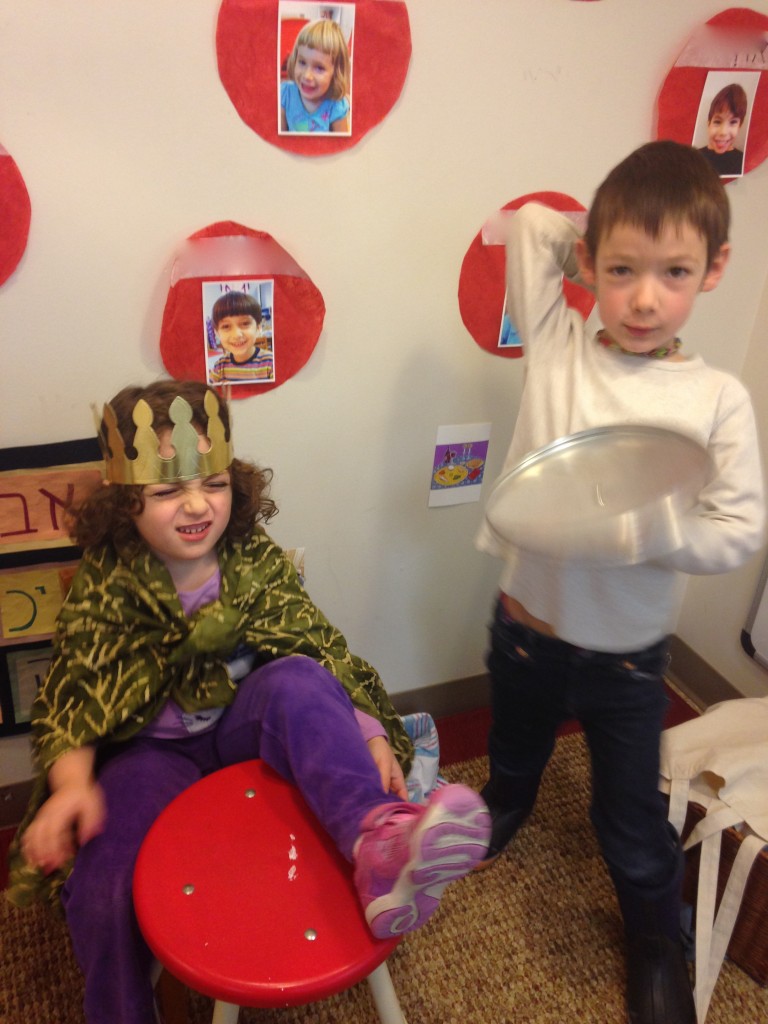 And finally, the death of the first born.  Pharaoh was so upset over the death of his son that he let the Israelites go. 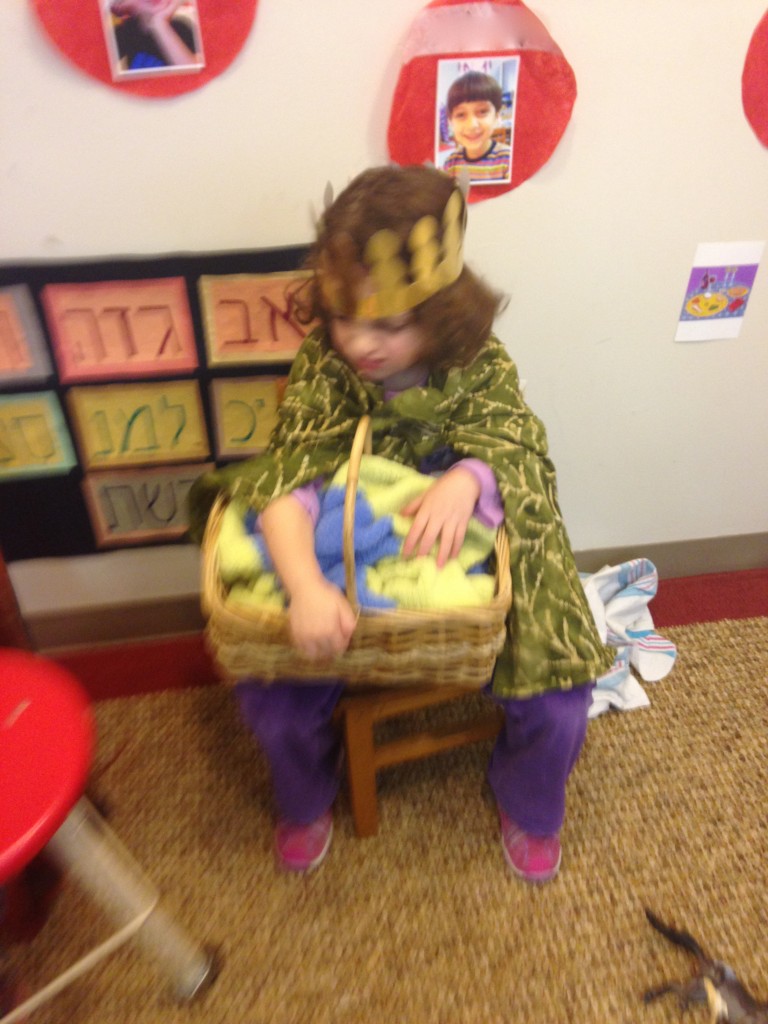 But Pharaoh changed his mind and sent his guards after the Israelites, but they were not fast enough!  The Israelites were able to part the sea and cross, but it closed up on the Egyptians.  The Israelites made it safe to the other side as free people! 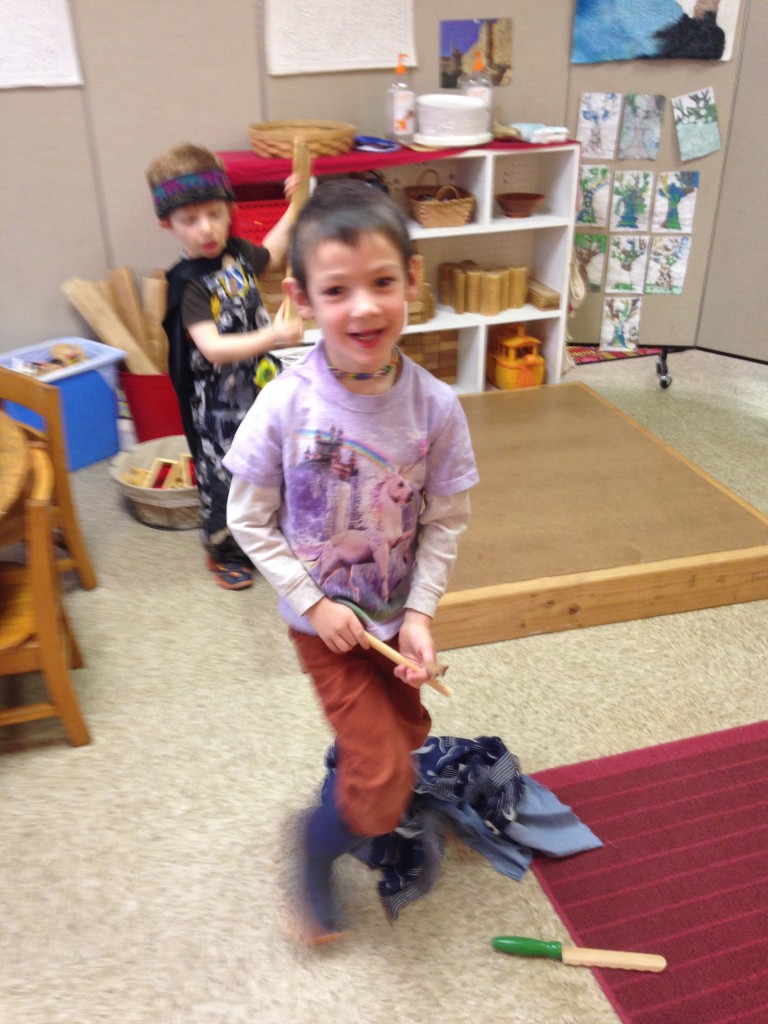