On Wednesday, Nitzanim got philosophical after hearing the story of Pesach [Passover]. They all seemed perplexed by the sea opening up at the end, which  led to some great questions about whether God exists and has the power to do such things.

The conversation was moving pretty quick, but we caught the tail end in a recording: 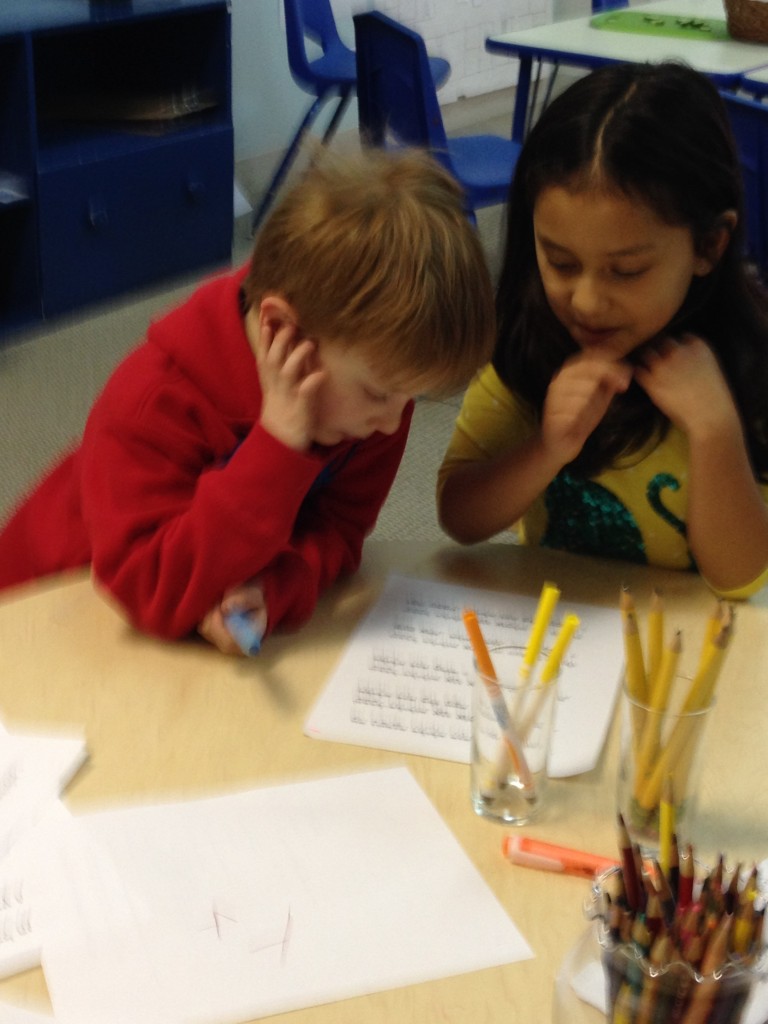 Girl 1 helping Boy 3 listen for and find different letters in the Four Questions.

Morah Sara: Can we ask Boy 1’s question again? How could the sea have been split in two?

Boy 1: Because God did it and God is not even alive yet.

Boy 3: Actually, God did not open the sea, Moses did it.

Morah Sara: Who did you think?

Morah Sara: How could the stick open the sea?

Girl 1: It was another piece of magic.

Morah Sara: So Nitzanim, another question, do you think the story is real? 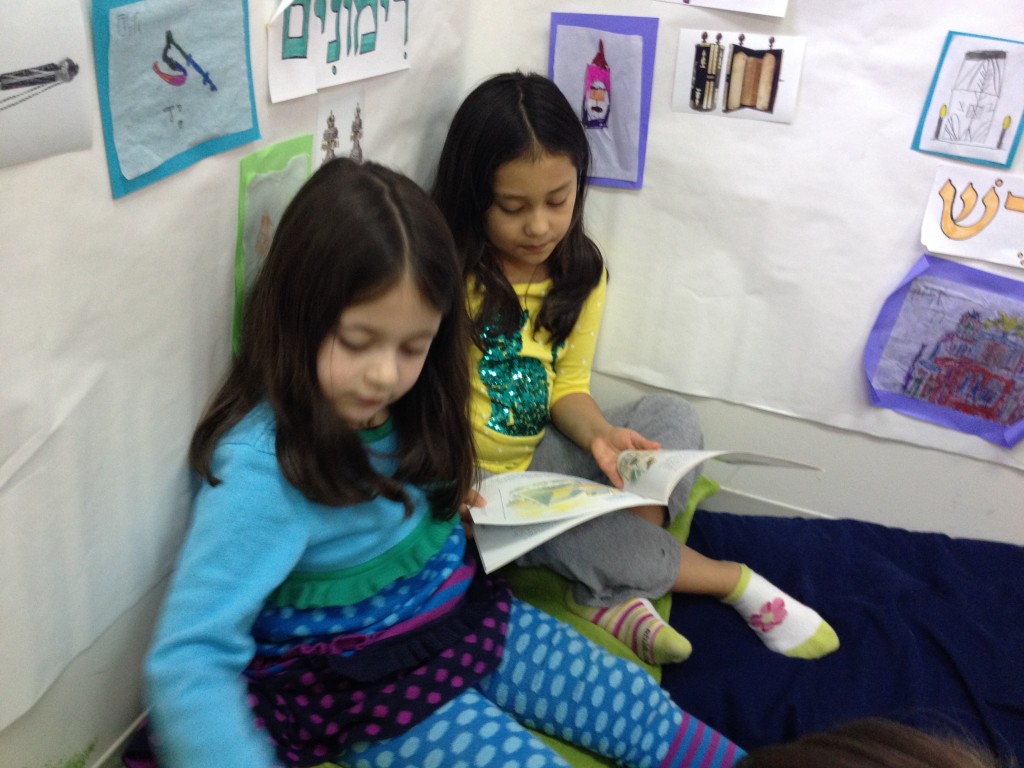 Girl 1 and Girl 2 reading together.

Girl 1: Or it could be realistic. It’s like it’s real but it’s totally fake.

Boy 2: I would call that non-fiction.

Morah Sara: With all of these answers to my question, is it possible that the answer to Boy 1’s question about the sea is different?

Boy 1: Yeah, because it has to be a legend because the sea can’t open up by itself so it is a legend. 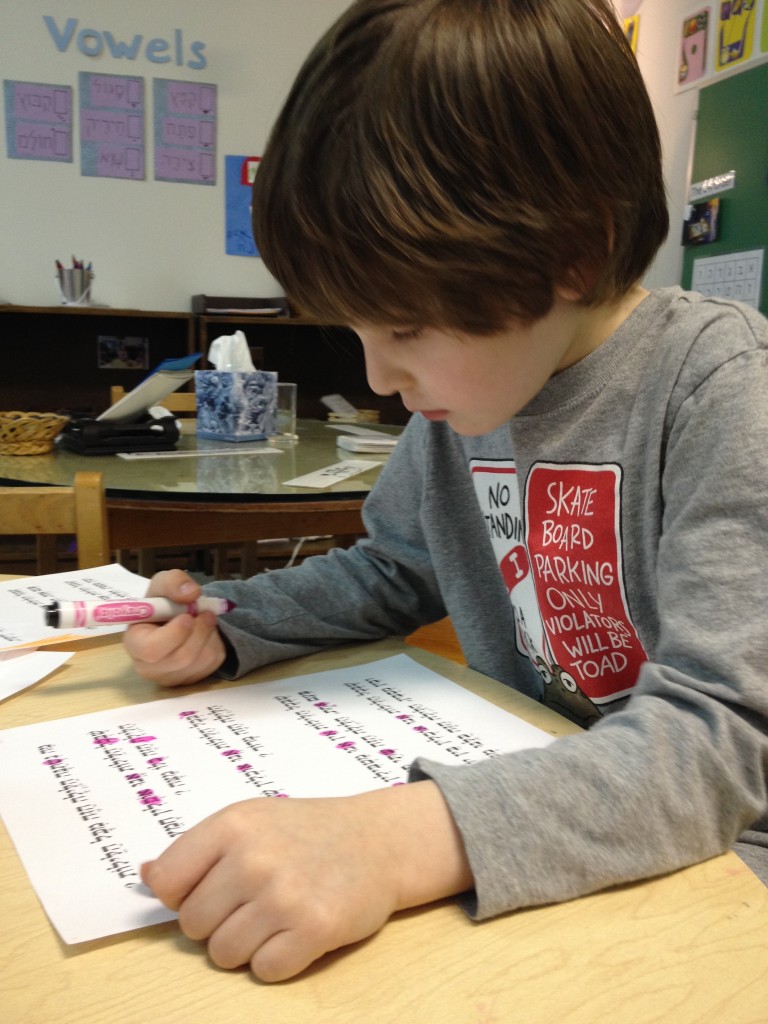 Boy 1 listening for and finding different letters in the Four Questions.

Boy 3: So if he didn’t opened it, someone open it. If the sea opened, someone had to open it. It can’t open by itself.

From there Nitzanim discussed various mechanisms by which the sea could have opened, including a large drill or an electric button.