This week Anafim began exploring a new Beit Knesset in Toledo, Spain. The El Transito Beit Knesset, built in 1357, still stands intact. The children received a new packet for their research journals and immersed themselves in looking at pictures and thinking about what made this Beit Knesset special. 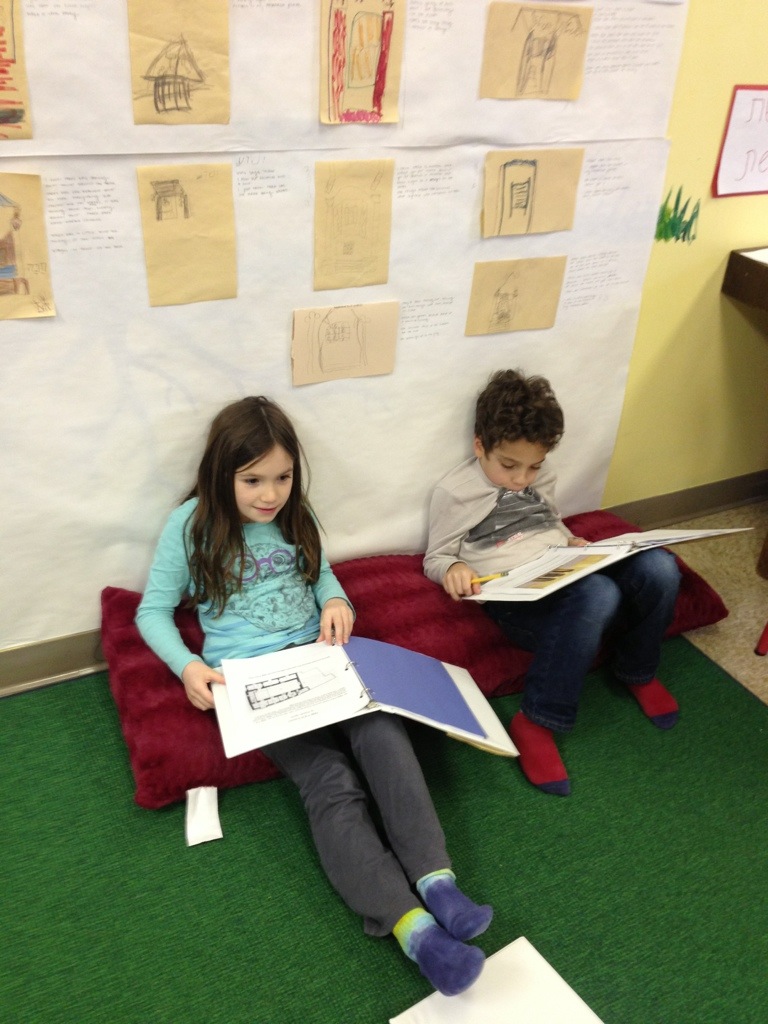 Some children were captivated by the floor plan, quite different from the Beit Knesset in Ostia Antica and featuring a large main hall with small rooms surrounding the main central space. Some children marveled that if they stood in the main hall they would feel, “really tiny” and “smaller than an atom.” 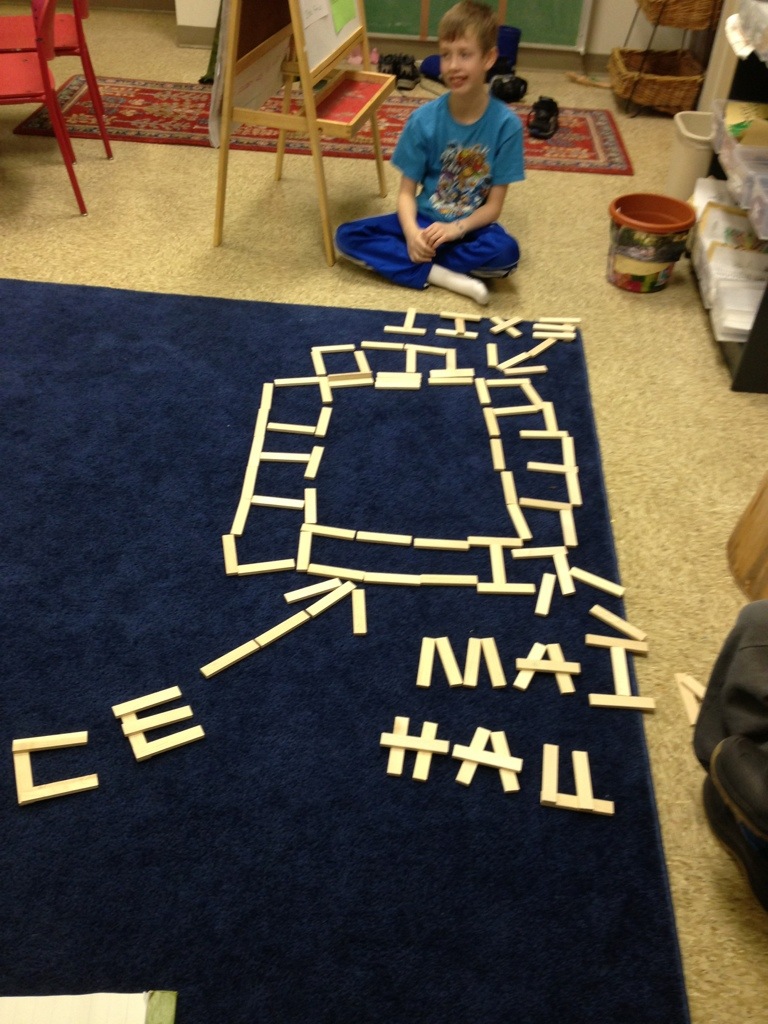 The most striking feature of the main hall was the Mudejar stucco work that adorns the walls and area near the Aron Hakodesh. The children were entranced by the intricate detail of the stucco work. Some were hesitant to begin designing their own Mudejar patterns wondering whether they could really draw such small intricate patterns. Obviously, they could! With examples of Mudejar stucco, the children began formulating their own designs. One child remarked that the design reminded him of other Asian art, an astute observation as this special technique was developed by Muslim craftsmen living in Christian Spain who were influenced by Islamic art from Western Asia, Egypt and the Magreb. 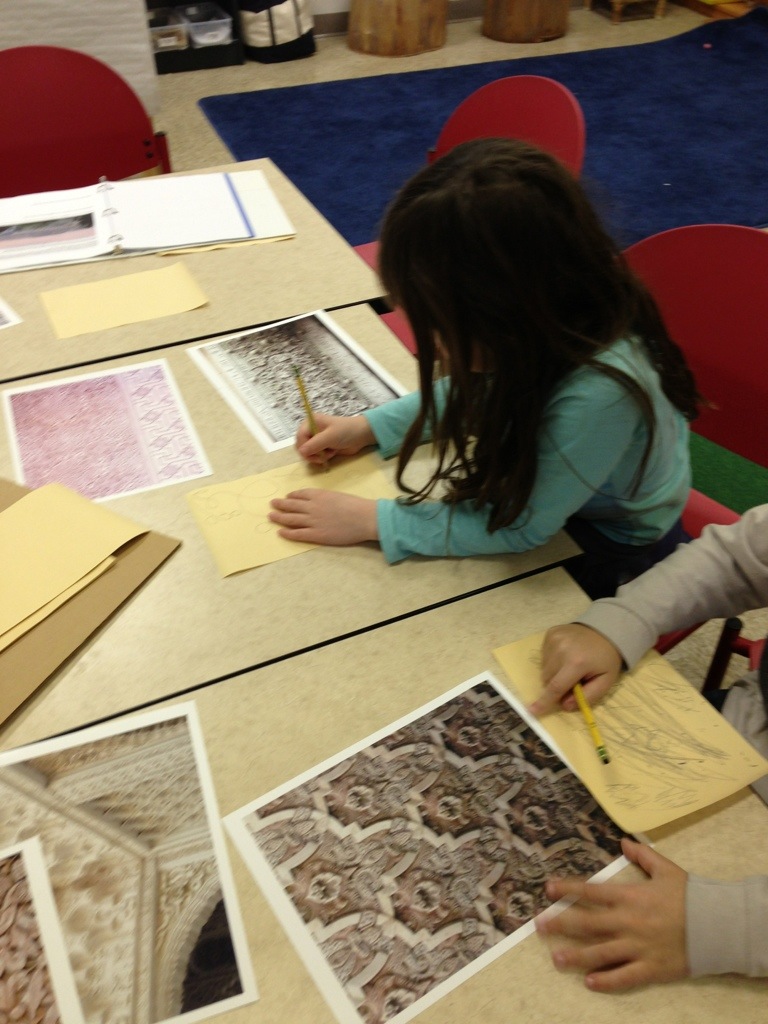 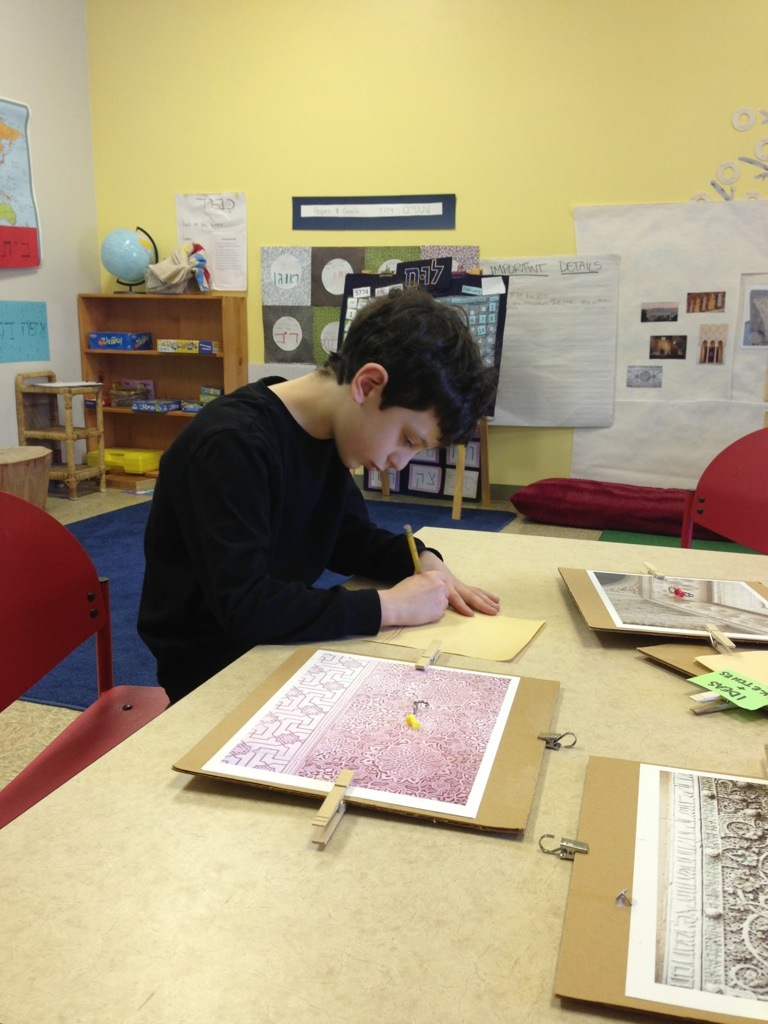