On Tuesday, Nitzanim went back to visit the Torah. In small groups, we searched for our main character’s names (Yitzchak, Ya’akov, Rivkah, Esav), which we’ve been practicing reading. 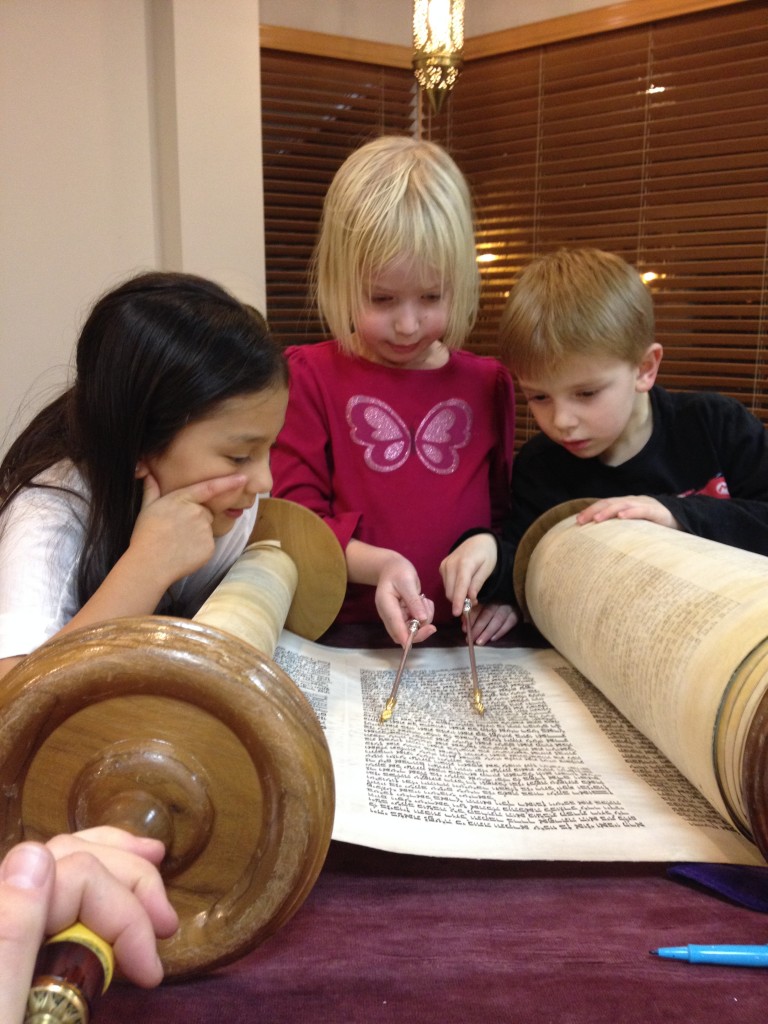 While reflecting on the story and at its source, our children wondered about big question: is the story real? 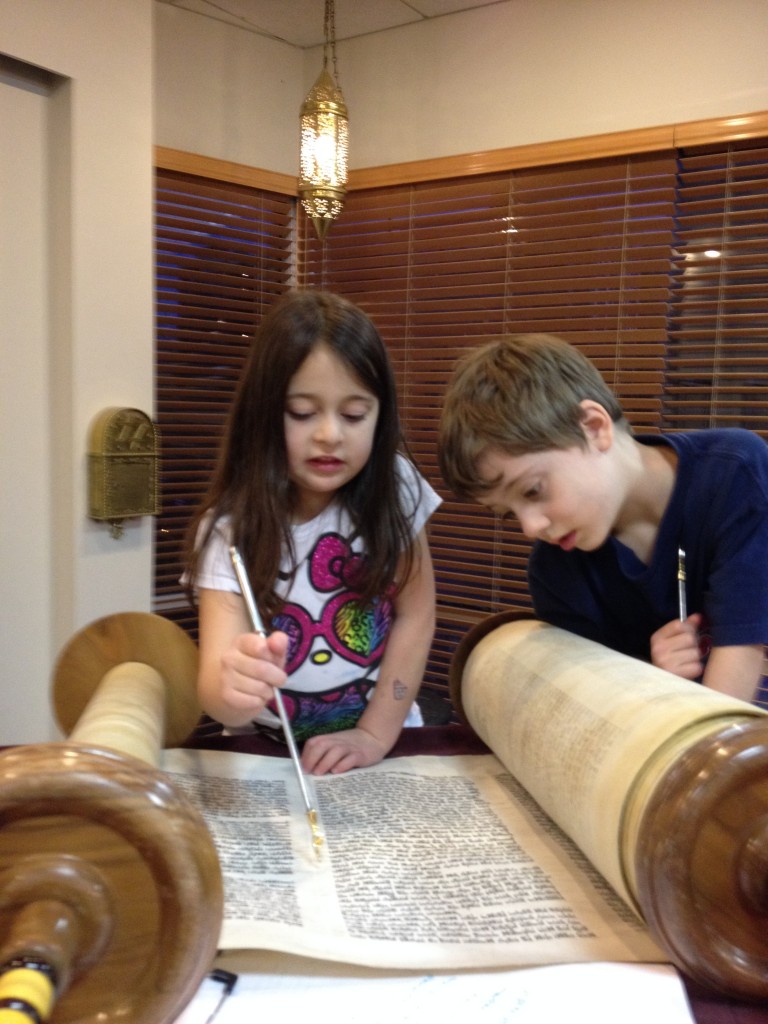 After some processing in our first group, one girl (pictured to the left in white) said, “They’re stories in the Torah that really happened!”

Her friend (pictured to the right in blue) responded, after a long pause: “But how did he even know that it happened? He would have to remember a long time ago!”

So the first answered, “I’m thinking that they remembered it in Hebrew from the person that told it to them.”

The second group seemed  truly challenged by how complicated the question was.

Girl 1: I think it was just a book and a story!

Boy 1: It was a story that happened a long time ago and they were telling it.

Girl 1 (pacing, excitedly): Its so hard to decide! How do I decide?

Boy 1: They talk about when Ya’akov and Esav were born. It must have been real. Because babies don’t come from jack-in-the-boxes!

It was moving to see these two groups of children genuinely struggling with such a hard question; while facilitating the conversation, I could see each of them working through the problem on their own while considering their friends’ opinions. I can’t wait to be a part of more interesting conversations like this with Nitzanim!