On Bringing Light Where it is Dark

In yetzirah, the Anafimers are doing a few types of portraiture. We have focused on our main character Rivkah, studying her actions and words in all three stories we’ve read.
On Wednesdays, the Anafimers create portraits of Rivkah in clay. We really tried to capture her facial expressions and feelings from Story 1, 2 and 3 (separately). Just yesterday, the children finished their third and last installment of this series of portraits. I am so looking forward to showing the children and parents the evolution of these portraits and how the child’s opinions of Rivkah change from story to story. 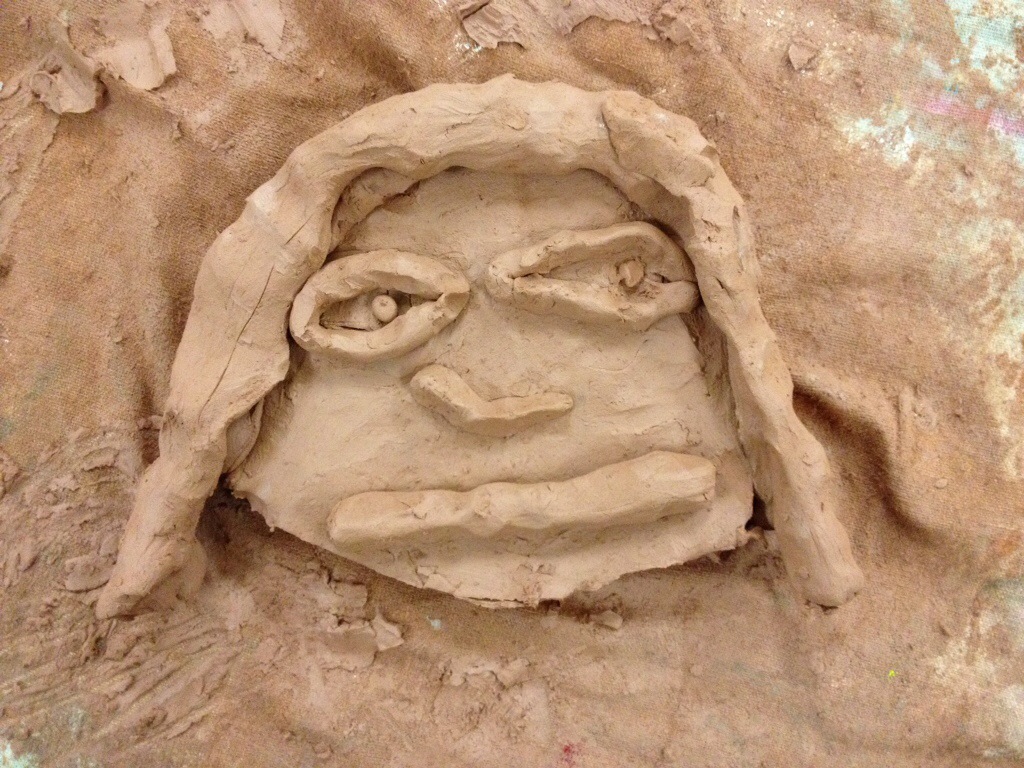 “Her eyes are going back and forth like this. Like she’s saying ‘I didn’t do it’.” Girl 1 explains. 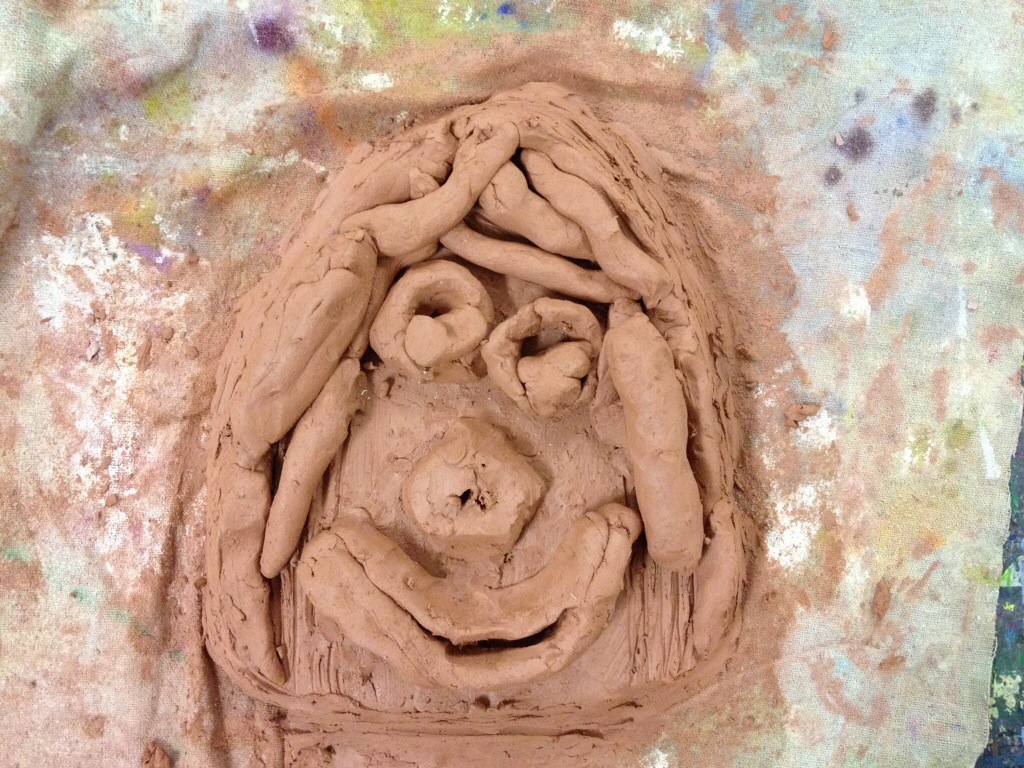 “She’s smiling a little but it’s a fake smile. She’s nervous but hopefully she won’t get caught. It’s a hopeful face.” Boy 1 explains. 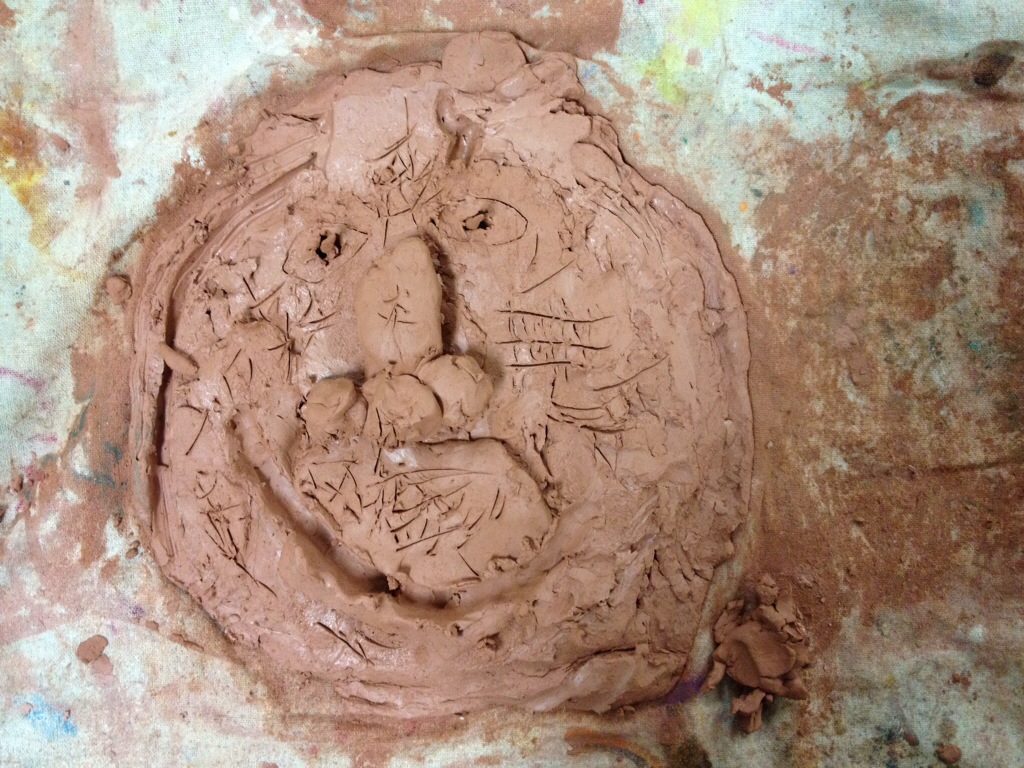 “She’s motherly. I still think that. But now I think she could have been a better mother. Like she’s responsible for what happened because it was her idea. So she should be held responsible.” Boy 2 explains how his opinion and portrait has changed since the earlier stories where he saw Rivkah as kind and beautiful.
The entire Anafim group is also doing a portrait on Rivkah using iconography. Iconography is the use of objects and/or symbols in a portrait to describe details about the subject of the portrait. It’s been fascinating to see the children make lists and sketch ideas of the objects they’ll use in their final project to symbolize Rivkah. One of my favorite quotes is (and I can’t wait to see how he depicts this in his drawing): “I’ll draw a ruby. Well, because it’s one of my favorite gems.” And how does that relate to Rivkah, I ask. “Well, when it’s polished it’s really beautiful. And I imagine Rivkah being beautiful in the first story. And now… if she polishes her image maybe she would seem nice again.” What a clever way to show his opinion of how Rivkah’s imagine could be seen as tarnished now that she tricked her husband Yitzhak! 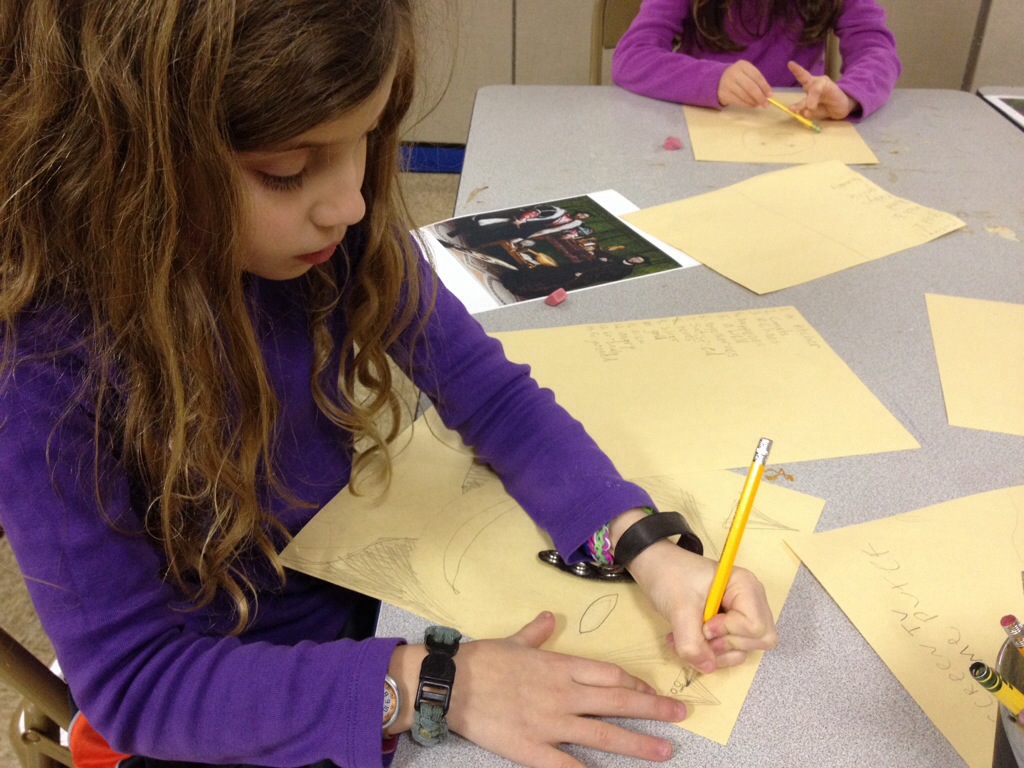