Open Your Eyes to the Things You Can Not See

The third (and final) story of our רבקה unit is filled with mystery and dramatic twists and turns. On Tuesday the Anafimers were challenged in yetzirah to draw something they could not see- specifically, to use their sense of touch to draw the mystery object. We referred back to the idea of פוקח עוורים (pokeach ivrim, opening the eyes of the blind) which we worked with last year quite a bit to refresh our eyes, see things in a new way and discover the small details. 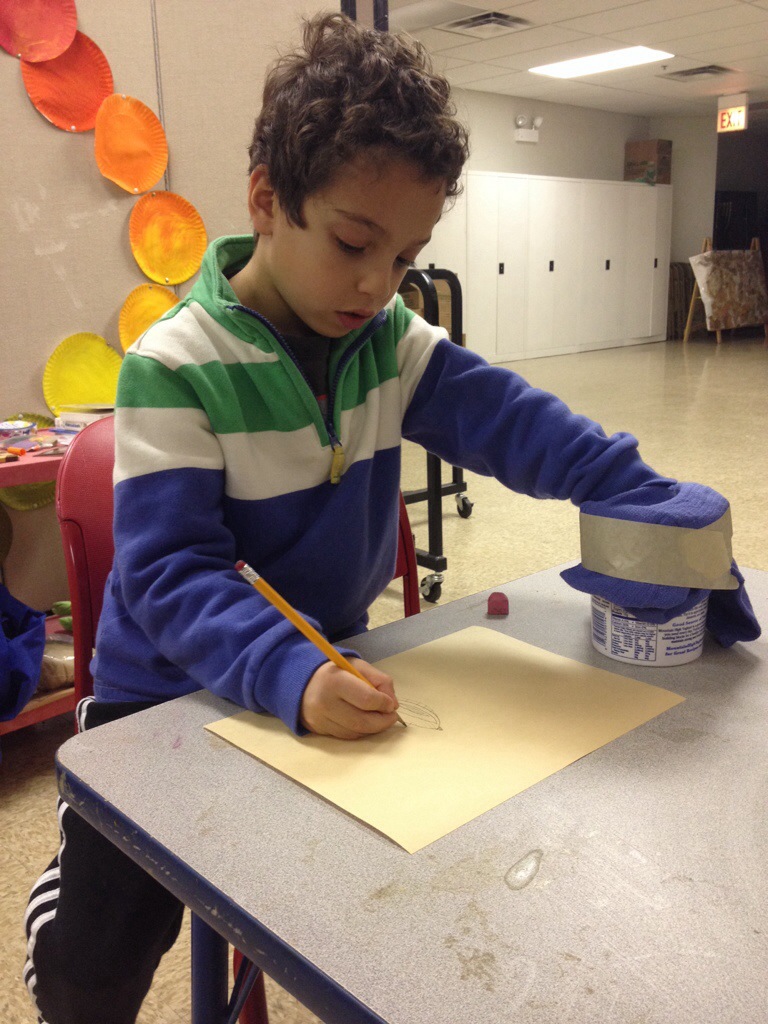 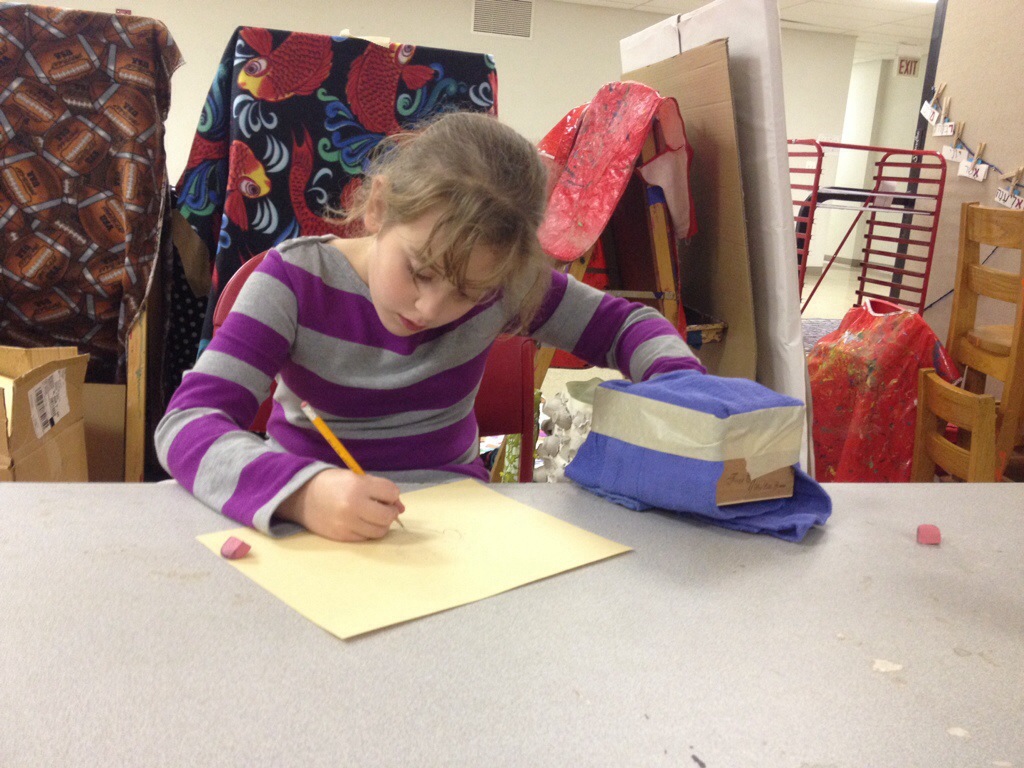 While they drew, I asked “Does this activity remind you of anyone/anything?” There was conversation about last year’s exploration of פוקח עוורים (pokeach ivrim), talk about how if you lose your sight you can rely on other heightened senses… THEN, an Anafimer said it reminded her of a character (יצחק, Yitzchak) in our latest story. In short, he was blind, and tricked by his son יעקב (Ya’akov) to give away the birthright, only he disguised himself as the older son עשו (Esav) whom יצחק (Yitzchak) intended to bless! There is some discussion about whether יצחק (Yitzchak) was tricked or indeed knew who he was speaking with. So, a few experiments broke out mid-yetzirah!

Girl 1 stood with her eyes closed as Boy 1 & 2 switched places several times to try to trick her. She felt their hair and their arms, then guessed who was who. It was a pretty funny game! But she mostly guessed right! So the jury is still out… how did Girl 1 know who was who and our character יצחק (Yitzchak) did not? 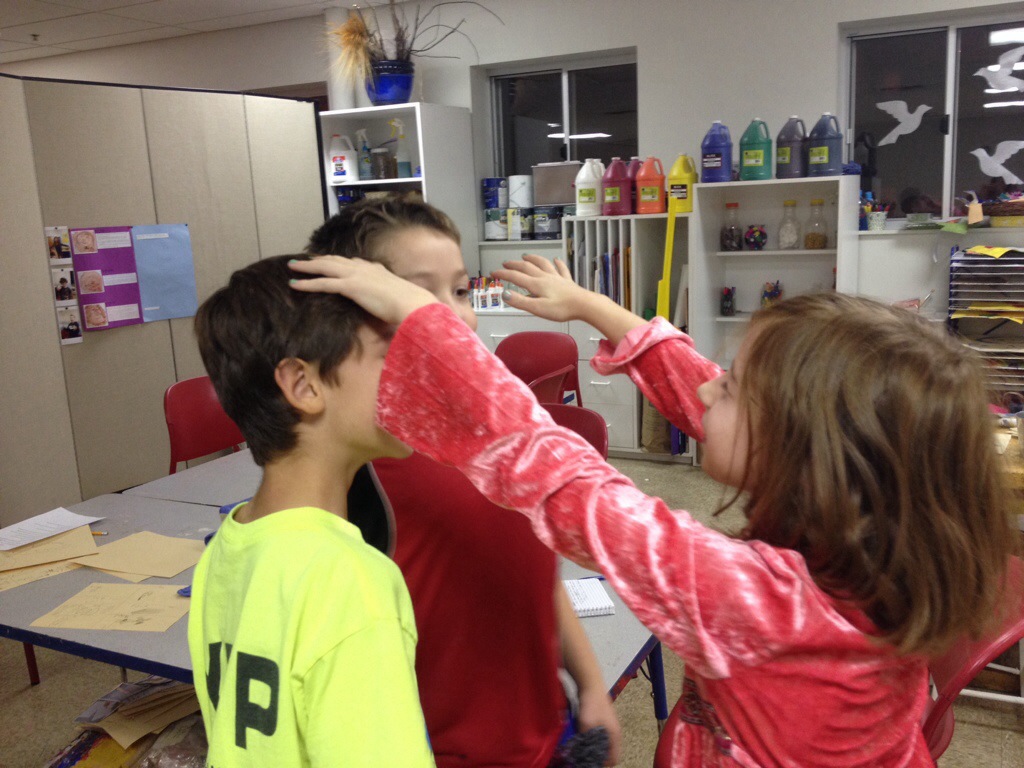 Girl 1: “He [Yitzchak] had to have been tricked! He loved Esav more and he knew he had to give it [the birthright] up.”… “That still doesnt show proof. He was suspicious [bc he asked are you really my son Ya’kaov?] but I guess the hair made him think hmmm…” …”But then [at the end] he was trembling. Why is he trembling? I wouldn’t be if I wasn’t tricked.”

Boy 2 explained why he also thought Yitzchak was tricked “because at the end he’s like (gasp) I must have given it to Ya’akov!”