Putting it all in order in Anafim

Shorashim Looks for their Shimot… & More

The Shorashimers have been really taking ownership of their shimot (Hebrew names) over the past few weeks. So we set out to do a hunt around the building for the letters of their shimot.
They used their “tool” (a paper plate with the letters around the edge and fold down after it’s found) to see the curves of their letters and double check “the tricky ones” – like when ו (vav) looks like a ן (nun sofit). 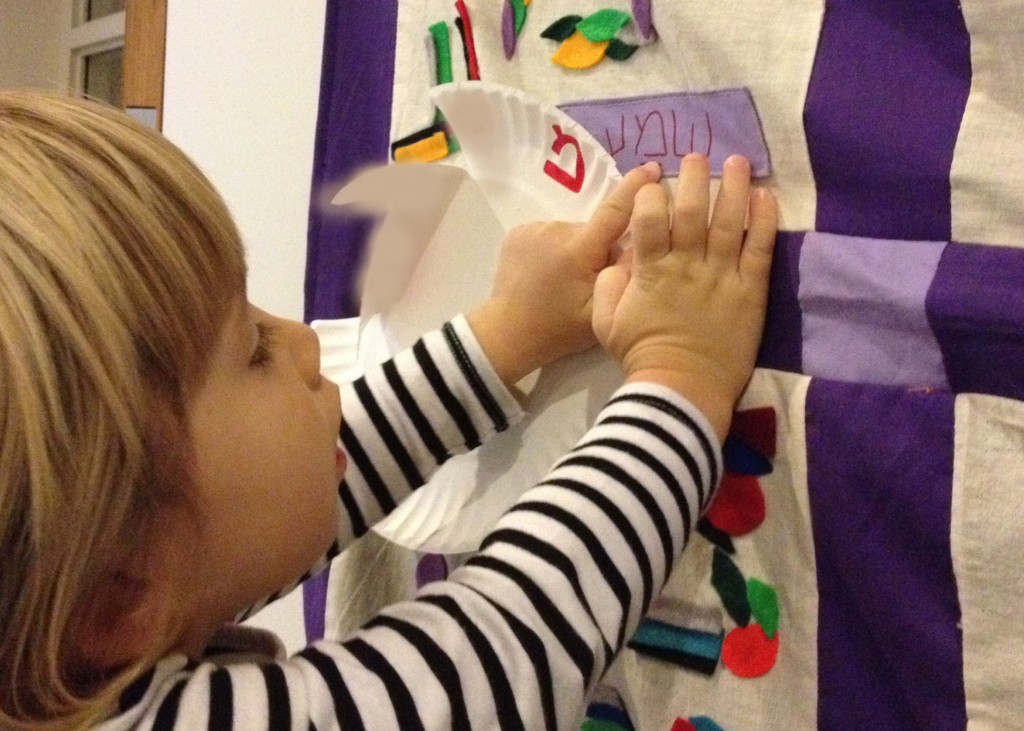 Some of the Shorashimers were even looking for the same letters! “Oh! That’s in my shim too!” Boy 1 shouted as Girl 1 pointed to י (yud). Pretty impressive that they spotted this one, transparent on a window! 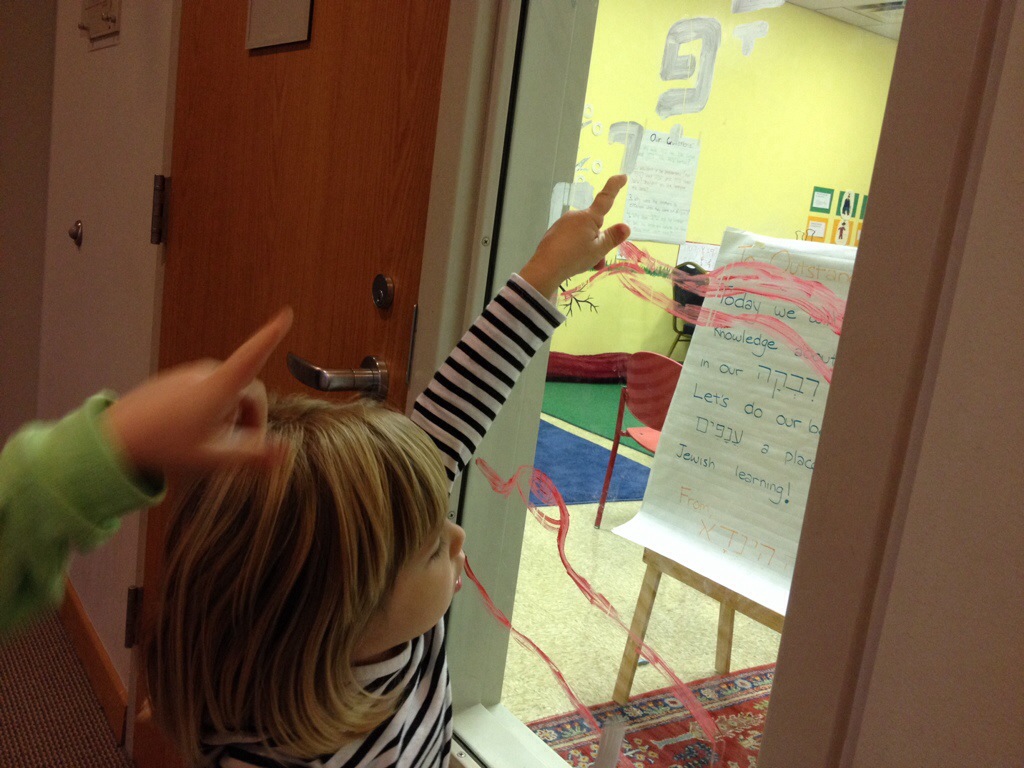 Our hunt took us into the Glick Chapel where we pulled out some books and special texts to look for “the hard ones” like ף (fey sofit) for Boy 1. And Girl 1 had moved on to the self-generated challenge of finding the letters of her sister’s shim. 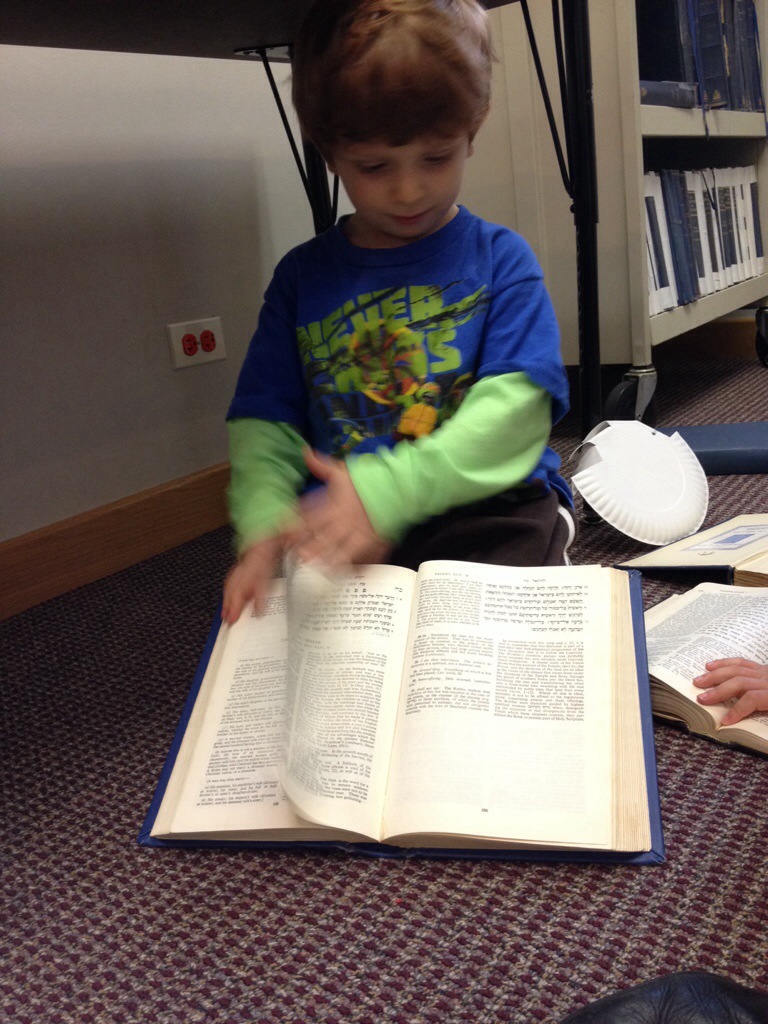 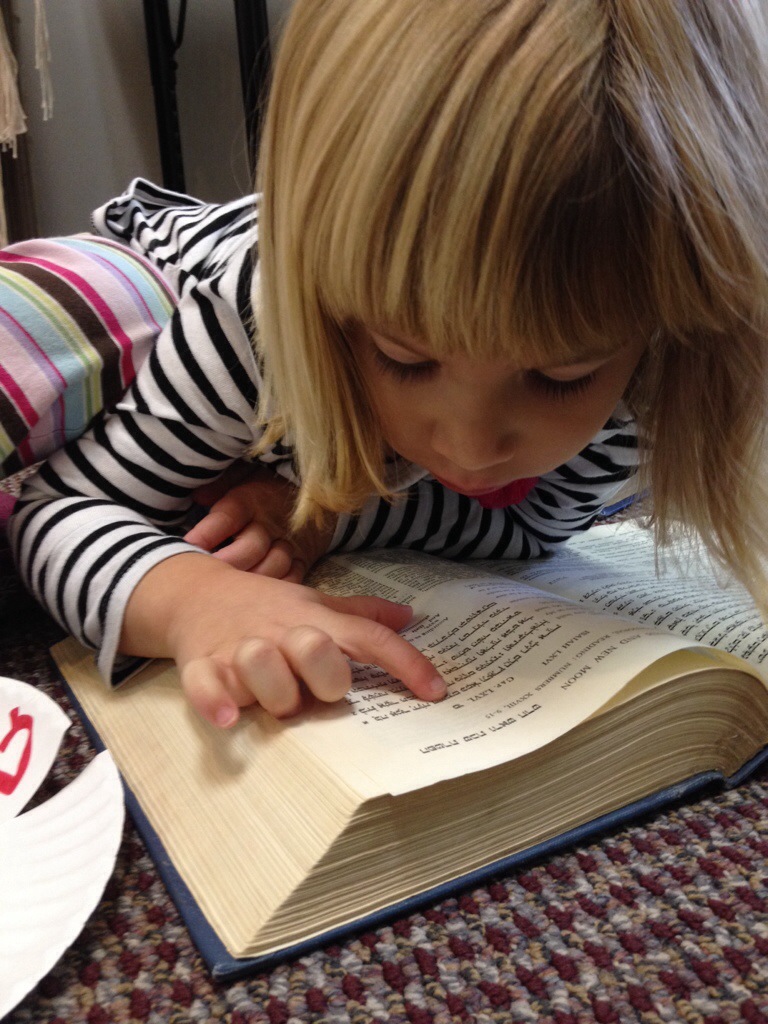 After he finished his shim hunt, Boy 2 took a lot of interest in the texts. He sat with Morah Ester for 15 minutes and asked questions about the letters, the content of the book, the layout of the pages, etc. Very cool! 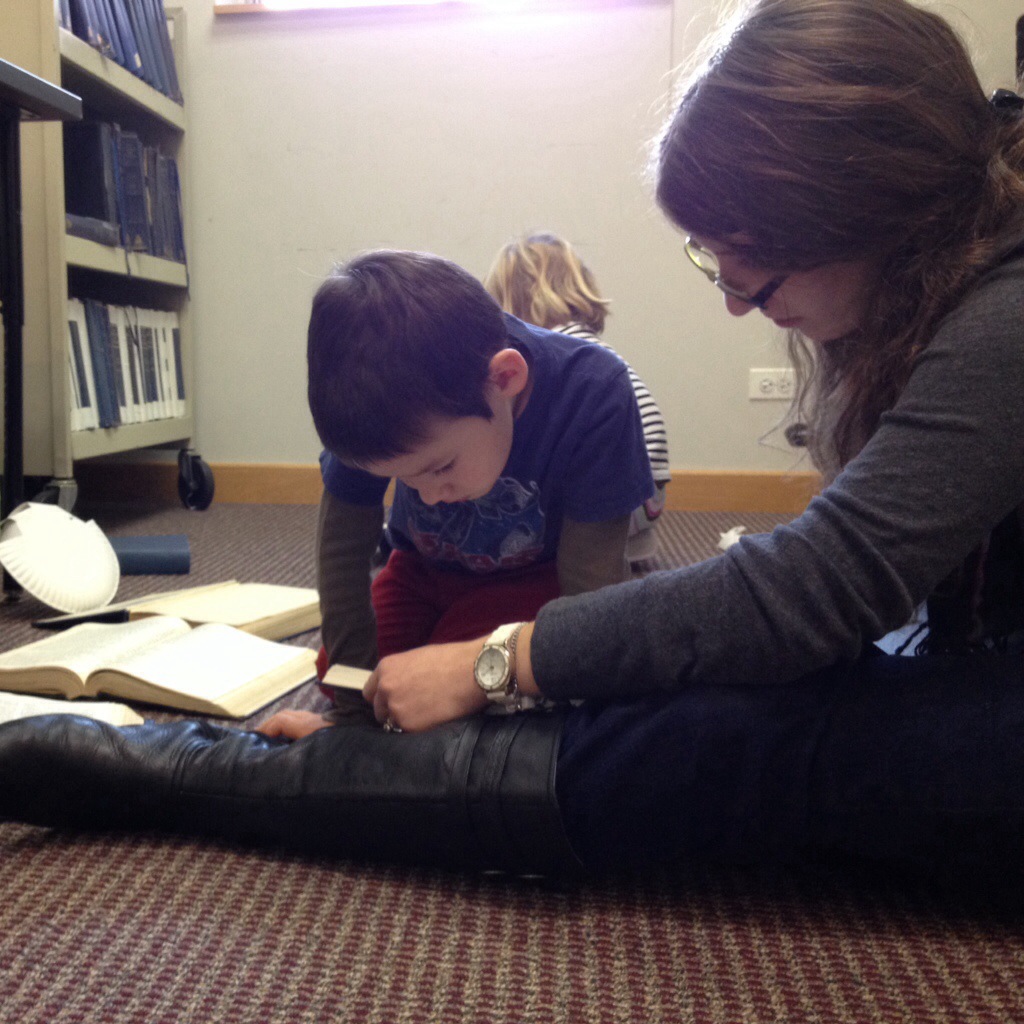