Settling Into Routine in Anafim

Nitzanim Try’s Not to Imagine

To practice a technique we’ll be using in our upcoming theme, Nitzanim was challenged to hear a story and only draw what they hear. That’s harder than it sounds! If you hear “the sky is blue”, drawing a blue sky easy enough! But try to shut out your imagination that creates the clouds, the sun and the birds passing by. Our imagination often fills in the holes a story leaves out to create a vivid picture that is unique to our mind and sometimes much different than how another would interpret the scenes of a story.
Morah Sarah read a few very descriptive sentences to Nitzanim as I walked around watching the children illustrate what they heard. 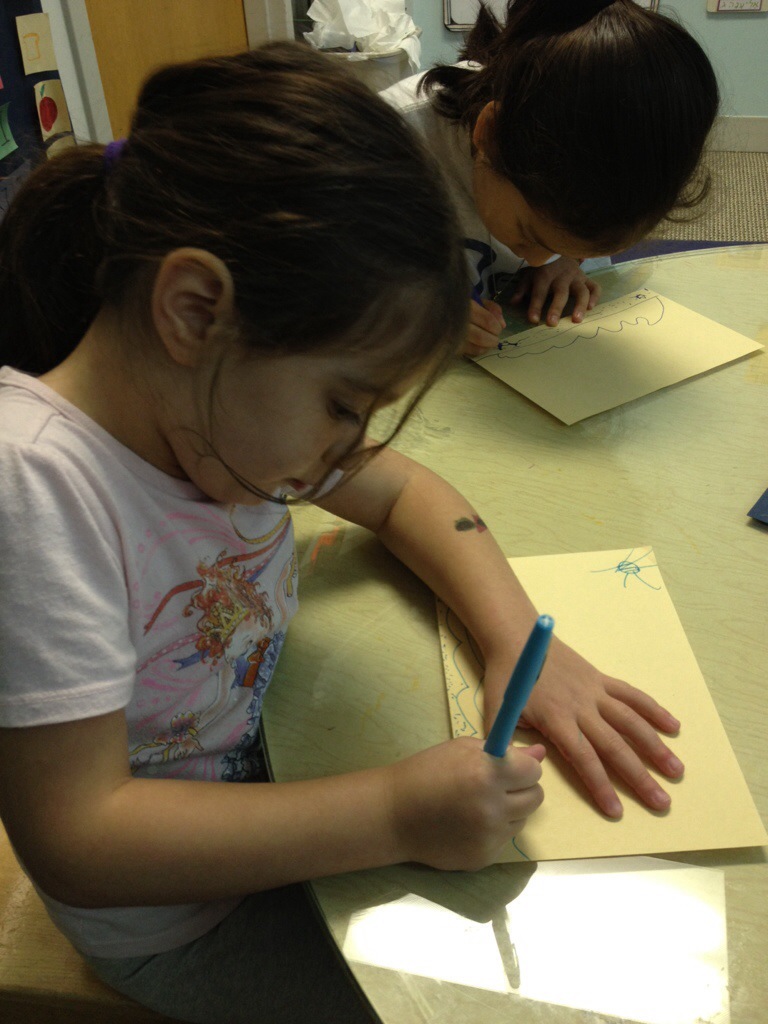 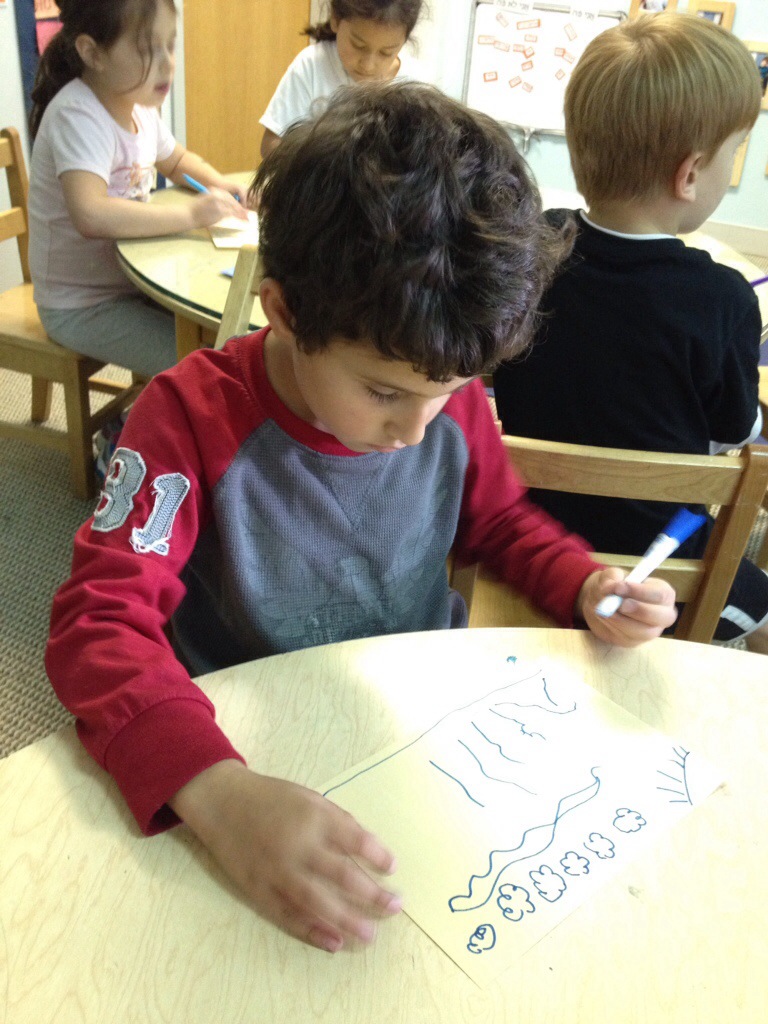 Morah Sara read the passage slowly several times- the nitzanimers didn’t want to miss any details. One girl started to draw a house (put that wasn’t in the passage) and she quickly started over with a fresh piece of paper, making sure she only drew the things she heard. 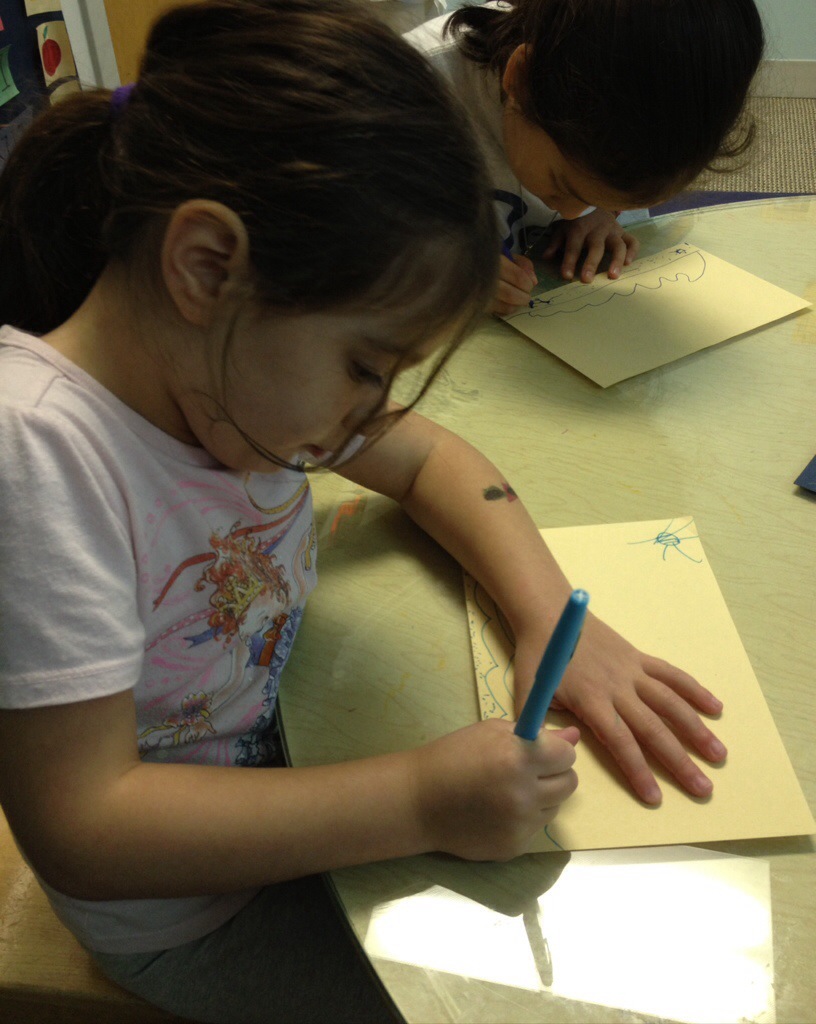 Afterwards, we sat in a circle to share what we drew. A girl drew a bird, another drew a crab on the sand, neither were mentioned in the passage. They talked about how it was hard not to draw “extra stuff that we didn’t hear” “…because I just thought if they’re on the beach, wouldn’t there be a crab?!”. A boy talked about how he put dots in the air to show the salty air the passage described, another bot concentrated on the curve of the crashing waves. 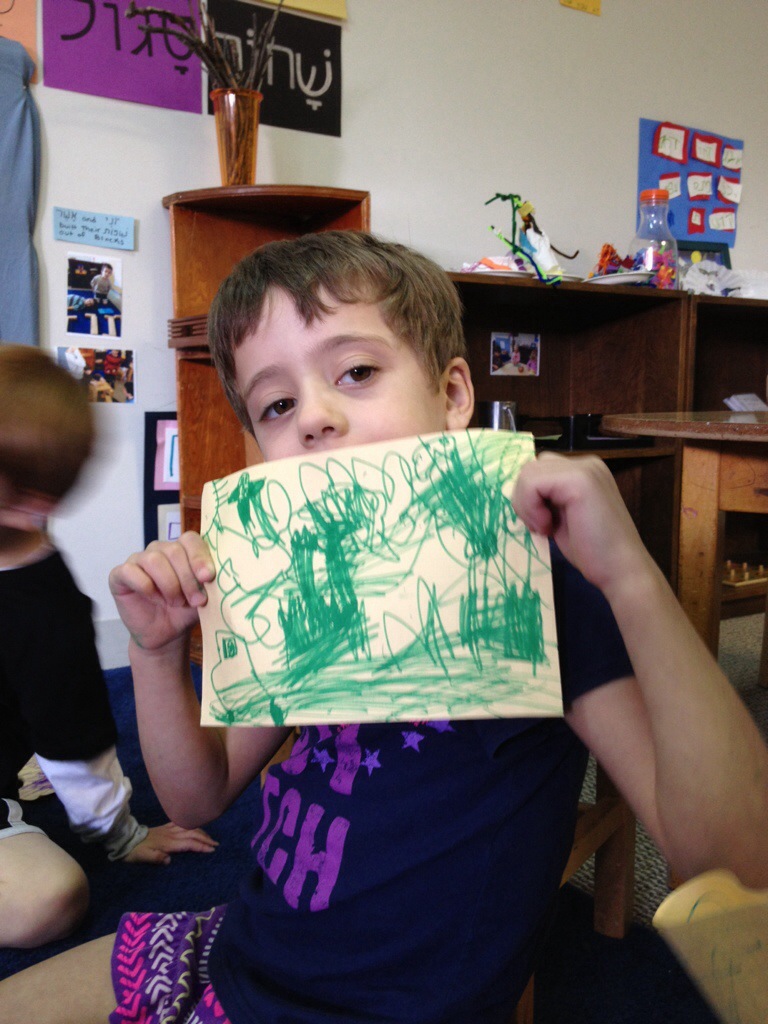 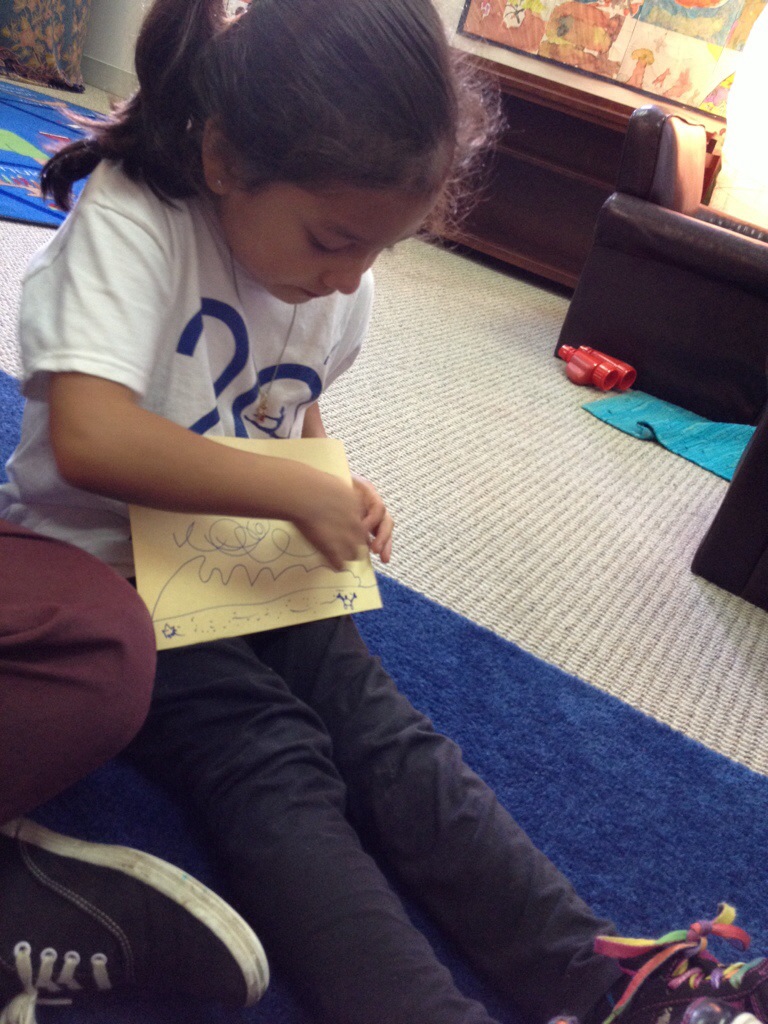 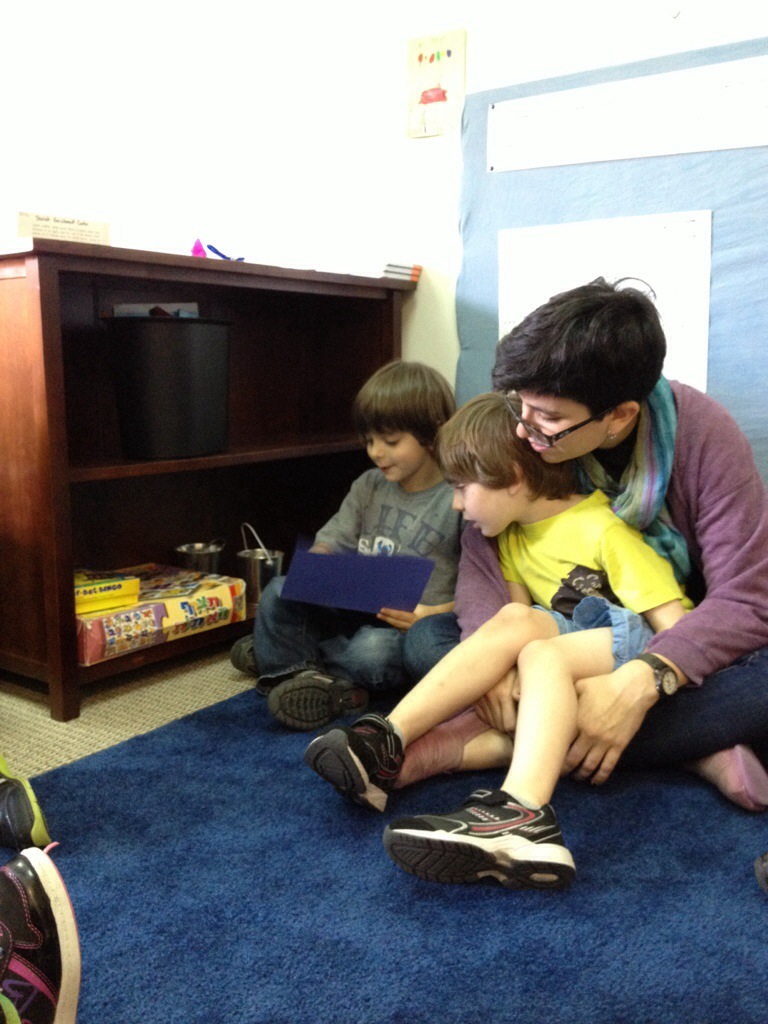 This exercise was challenging! It was our first step to actively notice how our imagination interacts and can change a text. We will continue to work at separating the two, so that we can honor the text’s words before we insert ourselves, our thoughts and our opinions.