A Gift to the Community

Must’ve been something in the air.

During choice time, THREE Nitzanimers chose to do something creative with Hebrew.

One boy decided to write the Shema from memory, sounding out the words. 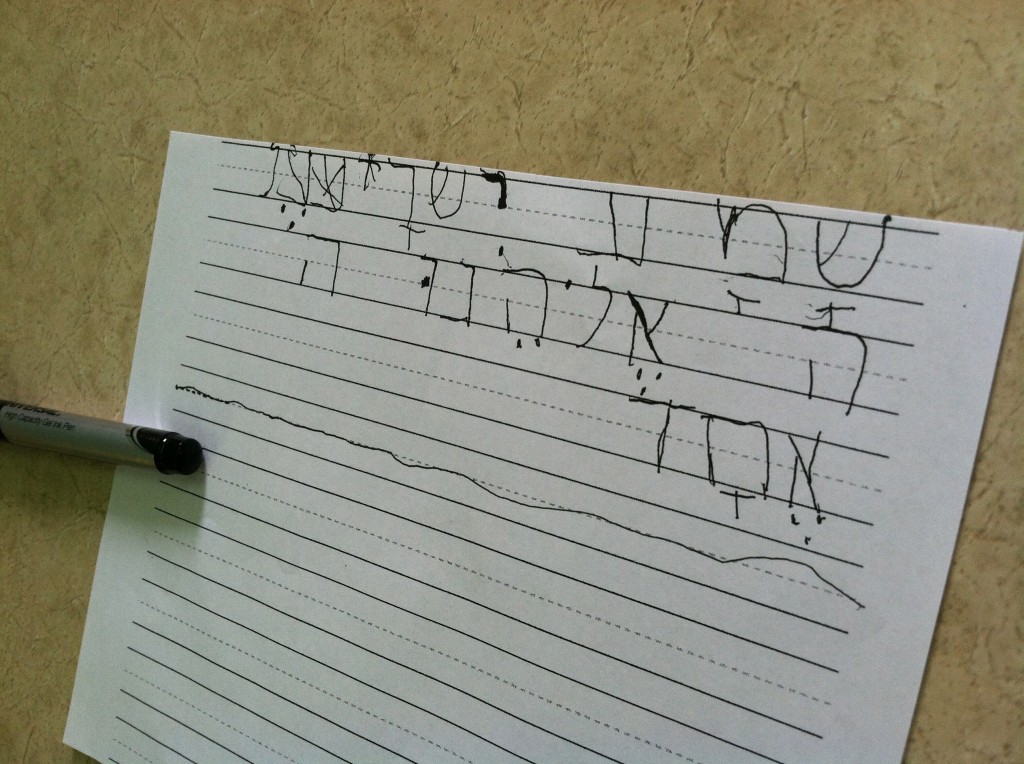 Another boy decided to play with the vowels he was reviewing. Again and again, he put vowels under every letter and happily read his entire (22 letters long!) nonsense word. 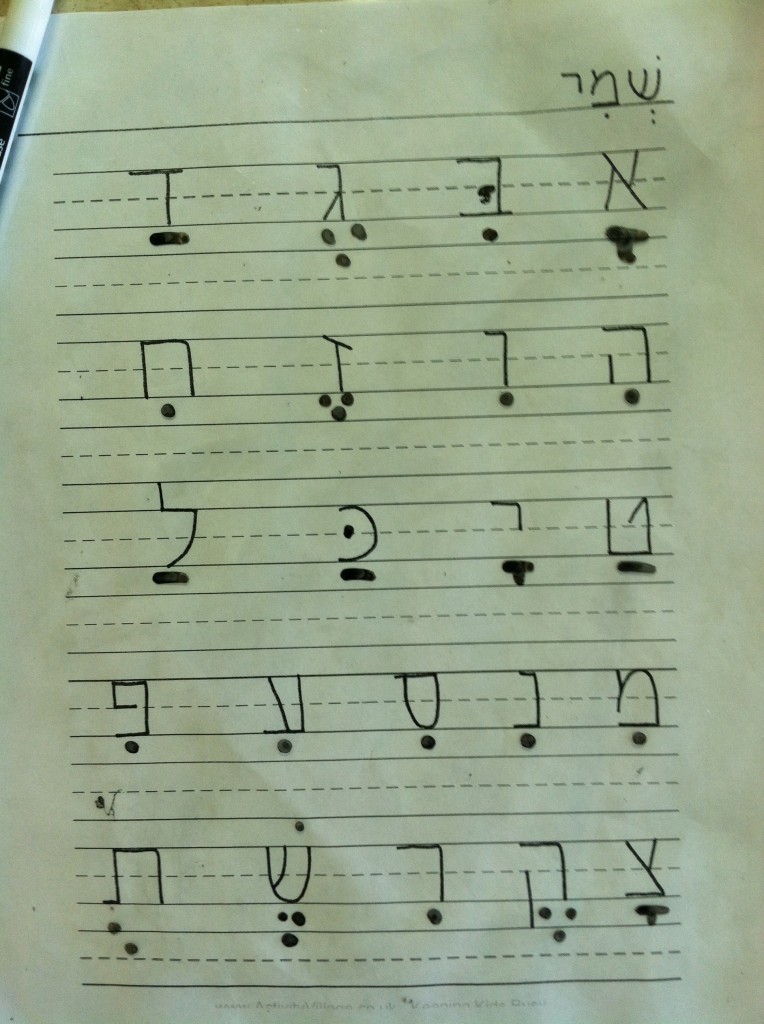 A third boy decided to make a chart of the alef-bet, writing each letter in print, in script, and its numerical value in gematria (a code in which each Hebrew letter equals a number). 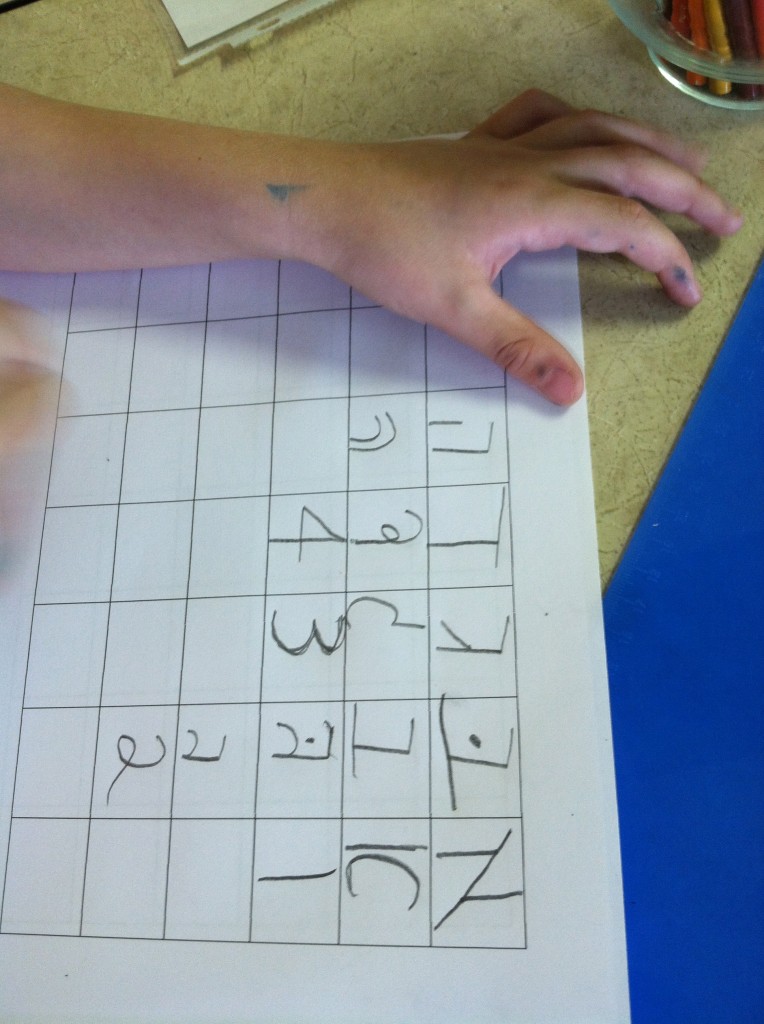 At the end of the day, the Nitzanimers spied something in Hebrew that the Shteelimers had been working on, and demanded that Nitzanim get to do it, too! We just love working with Hebrew! 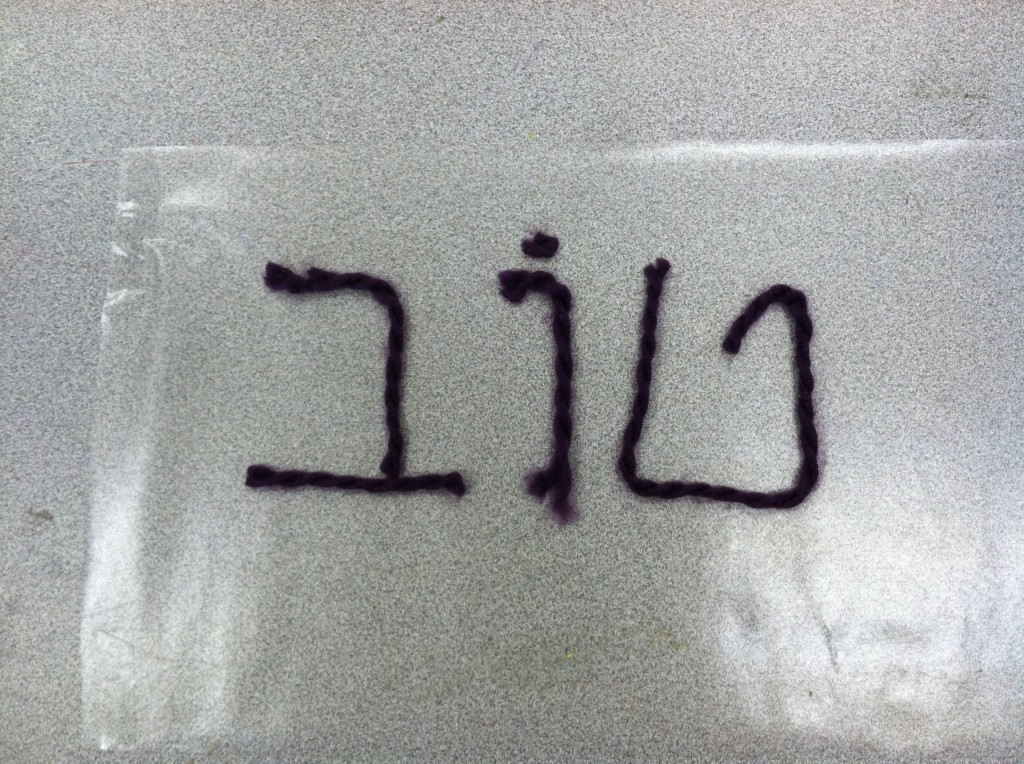