Making Props for a Show

Nitzanim learned a new game this week for משחקים mischakim (physical activity, Hebrew, and community building). It’s tough to keep holding hands and work as a team! We couldn’t stop laughing as we played.

The tag game: three children hold hands, and one of the three is designated as the person to avoid being tagged. One child stands on the outside of the circle and tries to tag the designated person.

At first, most children did not want to be either the tagger or the person to be tagged. The children decided they would use “rock, paper, scissors” to work it out. The person who won became the tagger, and second-place earned the right to be tagged.

The children worked out this system with no help from me. Everyone played, everyone took turns with good spirit, and we had a great time! 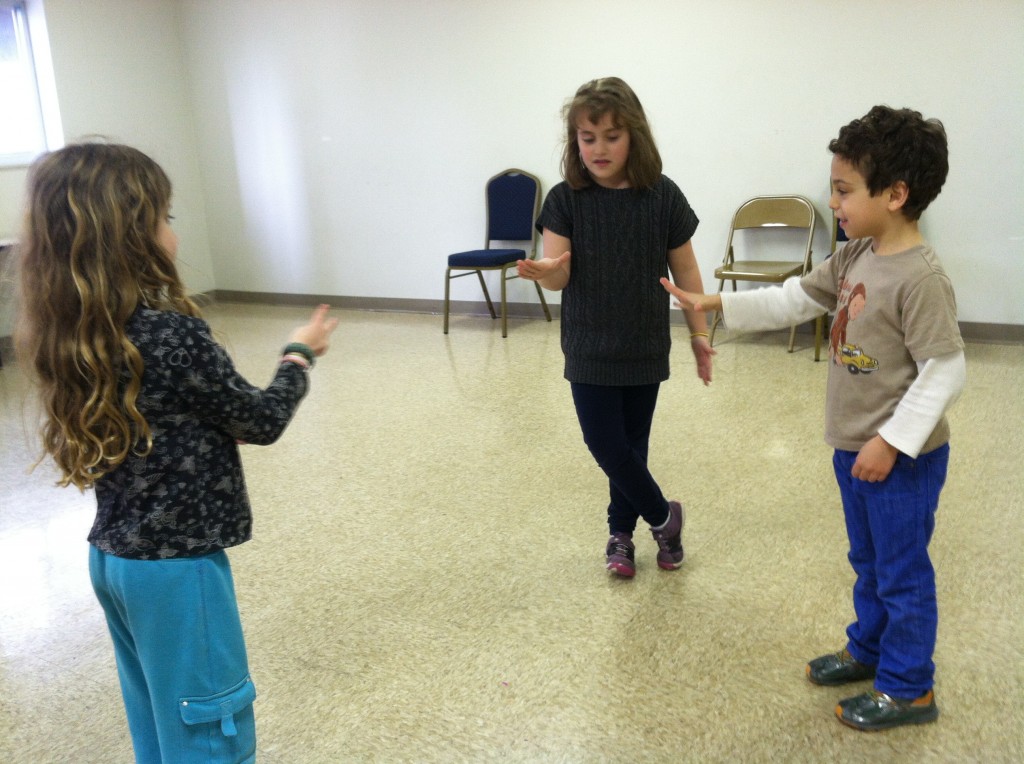