Magical Moments From Our Detective Work

With Purim around the corner, the Shteelimers were eager to dress up in costumes. Sticking with the story, many said they were Queen Esther or Mordechai but one Shteelimer even decided to become Queen Esther’s dog! To prepare for the play with our new costumes and props we set up a dressing room in Pinat Miyuchad. Then the children moved to the blug rug which became our stage. And the Shteelimers acted out the whole story of Purim! (Shortened version, of course) 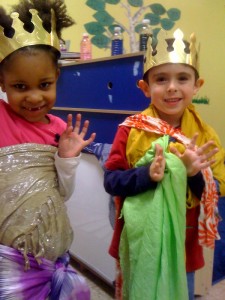