From Rebecca: Beth Niestat is mom to a Nitzanimer (1st grade) and a fourth grader. When I heard about their family’s Torah study based on our Keshet exploration this fall, I was on intensely curious how it would turn out. I love how Beth captures the reality of home life as a full-time working parent with dreams for our children. Thanks for sharing!

I took Noah (Genesis 6:9-9:17) off our dining room wall today. It had been up since October, when Rebecca emailed the story with one of the weekly Nitzanim updates. I had grand plans when I first posted it—each night someone would read a few lines and then we would have meaningful discussion over supper. It turns out, however, that after a long day, a 6-year old and a 9-year old aren’t that interested in discussing Torah. I made us do it anyway. Dan and I had some interesting insights (don’t remember what, but we were pleased with ourselves at the time). Miriam liked reading aloud, and Sam tolerated listening to her. Sam wondered why the animals had to die—what had they done to deserve it? He wondered if the fish died, too—wouldn’t more water just mean more swimming? Miriam felt bad for the sons’ wives who didn’t have their parents with them on the boat like their husbands did. There was a lot of discussion of the poop on the ark. One night we highlighted all the numbers in the text and talked about what they might mean. The kids added up the days and weeks involved in the whole story. We came to no real conclusions. 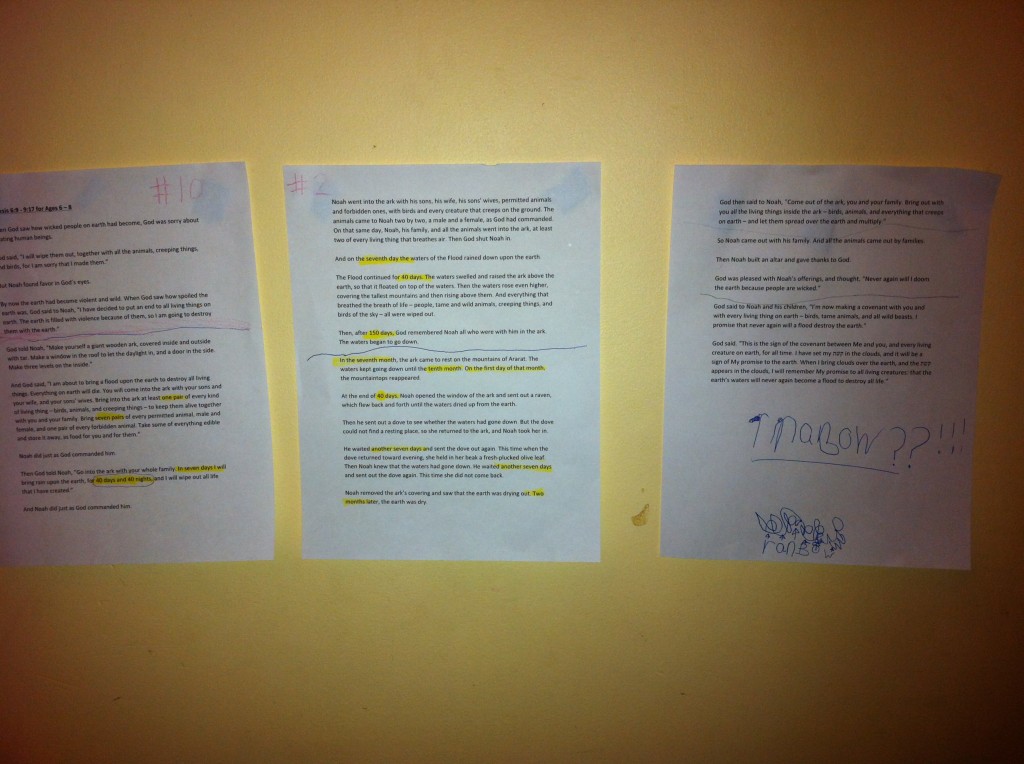 The story stayed on the wall even after we had read it all aloud. Every now and then it came up in conversation. Occasionally I’d notice Miriam reading it. One day she wrote “rainbow” a couple times on the last page and decorated it. In some ways, the story became like a family friend who joined us for supper every few nights. I like that our kids are growing up in an environment where they are familiar with Jewish texts, understand that they can be interpreted a lot of different ways, and are learning how to think about them in their own way. 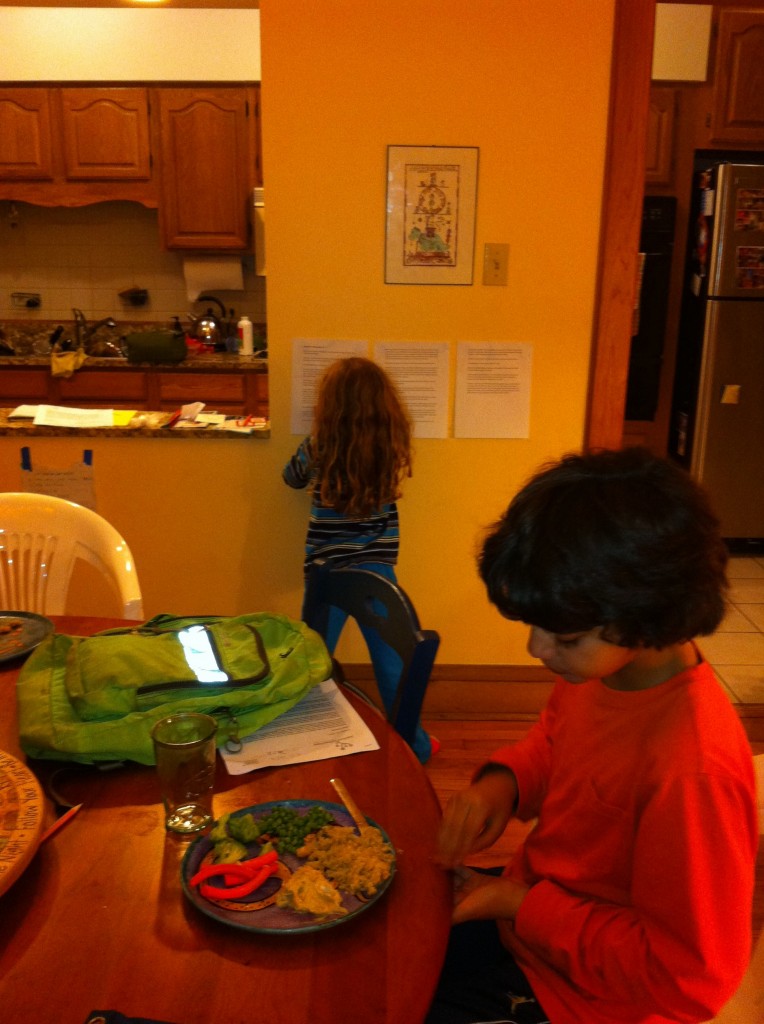 As of a few days ago, we have a new family friend—new texts floating around the dining room. Sam and Miriam are working on their megillah verses for Purim. In the morning while we’re getting ready for school and work, I hear the iPad chanting their verses and the kids repeating. (Actually, I hear the kids fighting over the iPad, insist they take turns and threaten to take it away, and then I hear singing again.) Miriam’s assigned verse introduces Esther, adopted by Mordechai after her father and mother died. Tonight as we were sitting down to eat, I asked Miriam, “What does av v’em mean?” She was ignoring me, her nose in a comic book, but Sam’s hand shot up (no, we don’t usually require the kids to raise their hands to speak, not sure why he did it), which made Miriam want to answer, and she looked up from her comic book, said “father and mother,” and went back to reading. 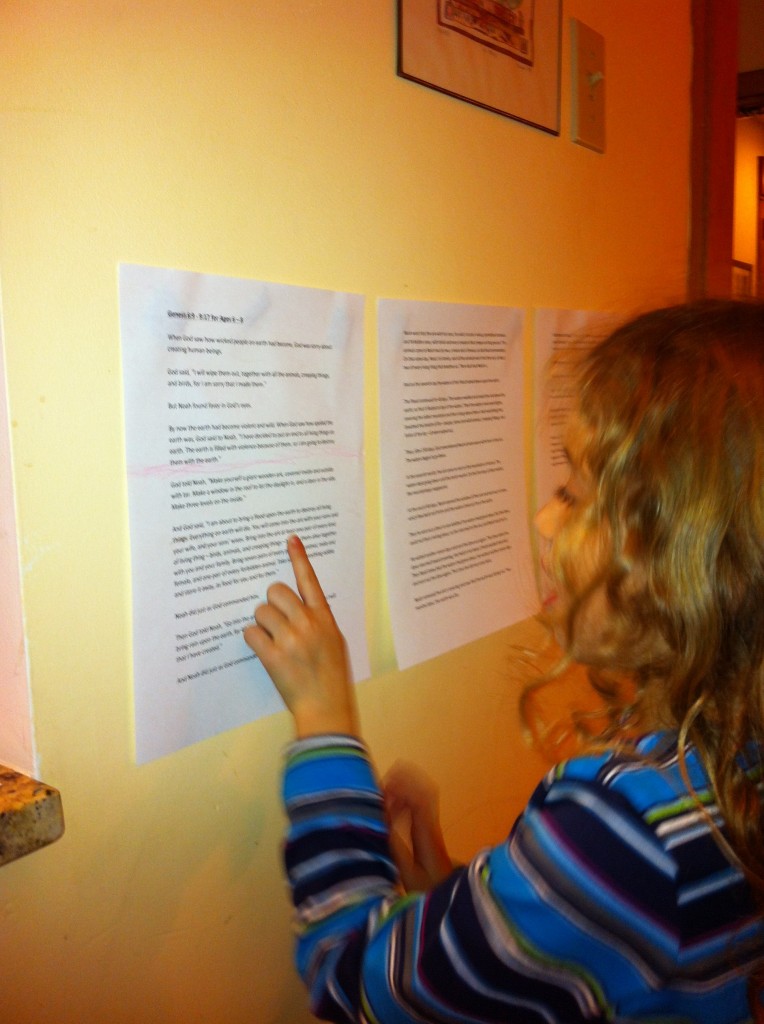