What if you found out that there are THREE different endings* to what we know as the Chanukah story?

And what if you were in FIRST or SECOND grade when you found out?

You’d have to play to figure out what it all means. So we got started. 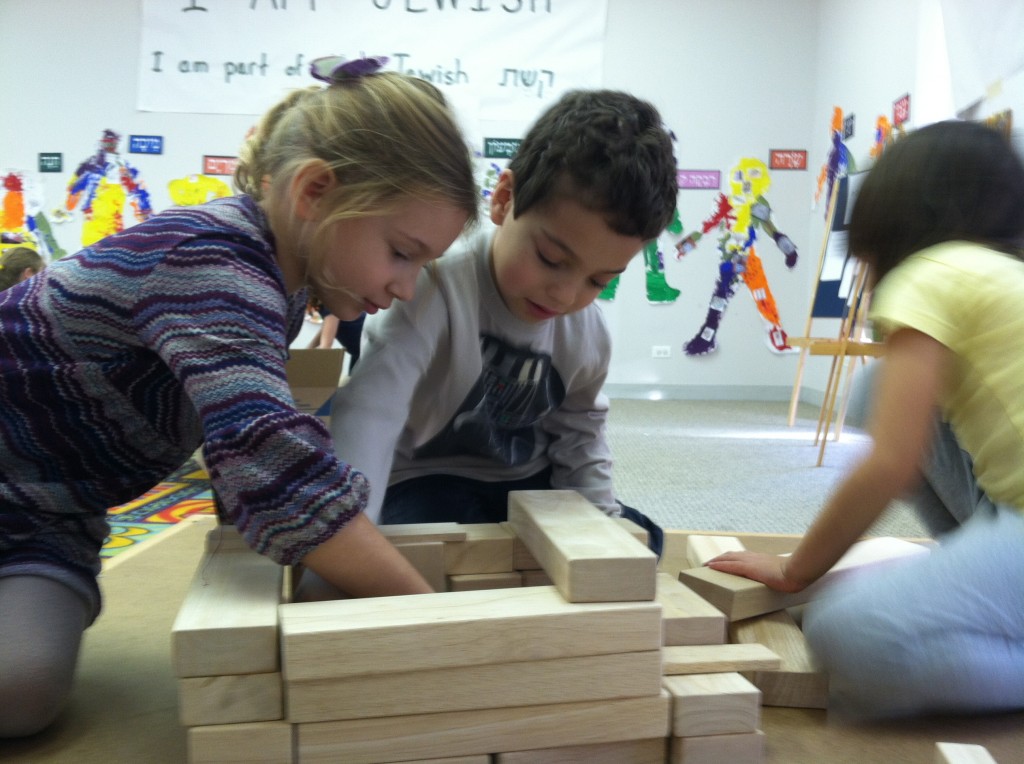 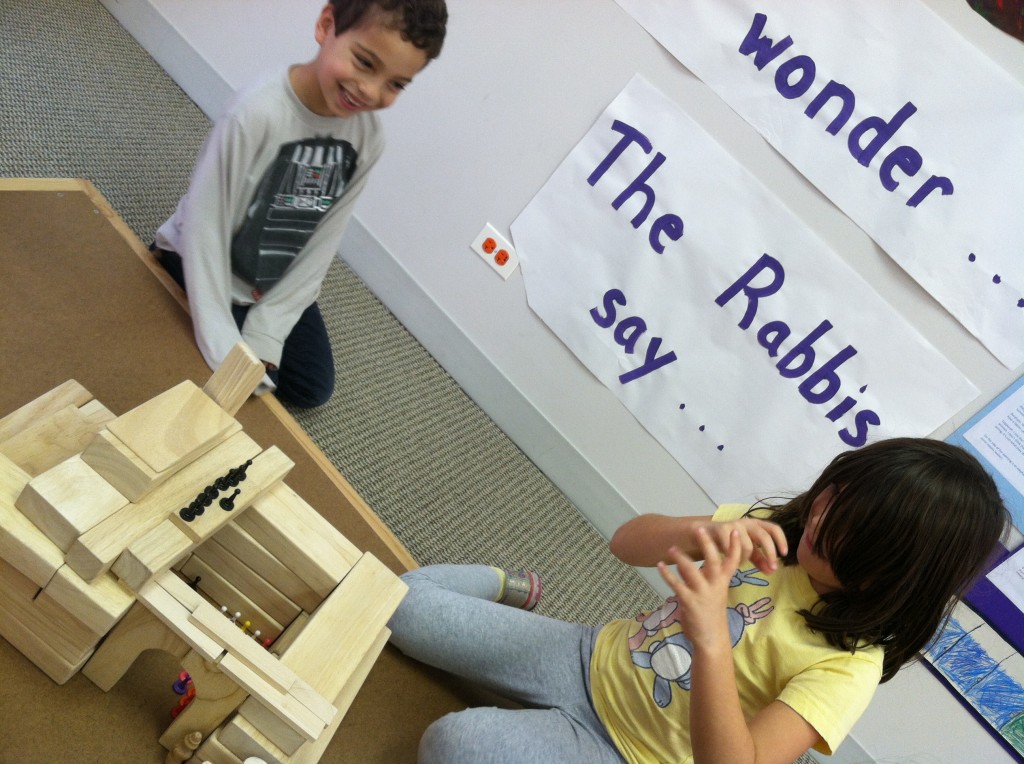 “They’re singing! There are so many people! It’s so crowded! Like a thousand people in there! They’re having a big party. Here’s the band!”

(making cymbal and trumpet sounds) “The leader makes the announcement: You should celebrate every year on the 25th of Kislev, for eight days!” 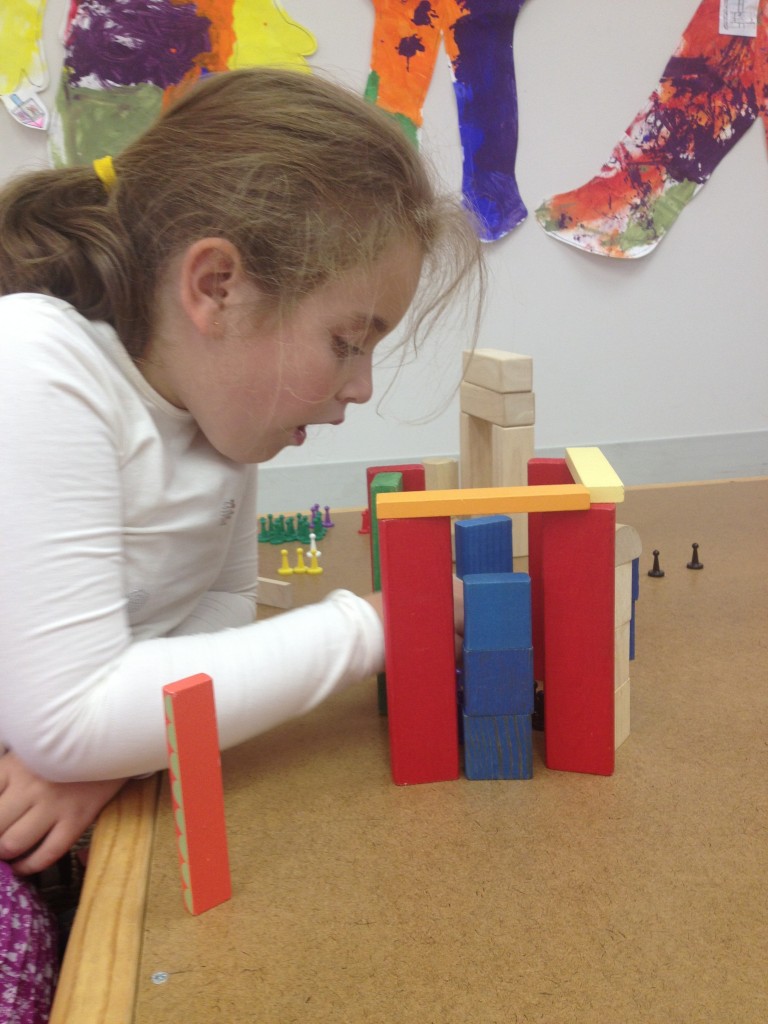 “I used the beautiful blocks because the other army scratched all the paint off so they repainted [the Temple].” 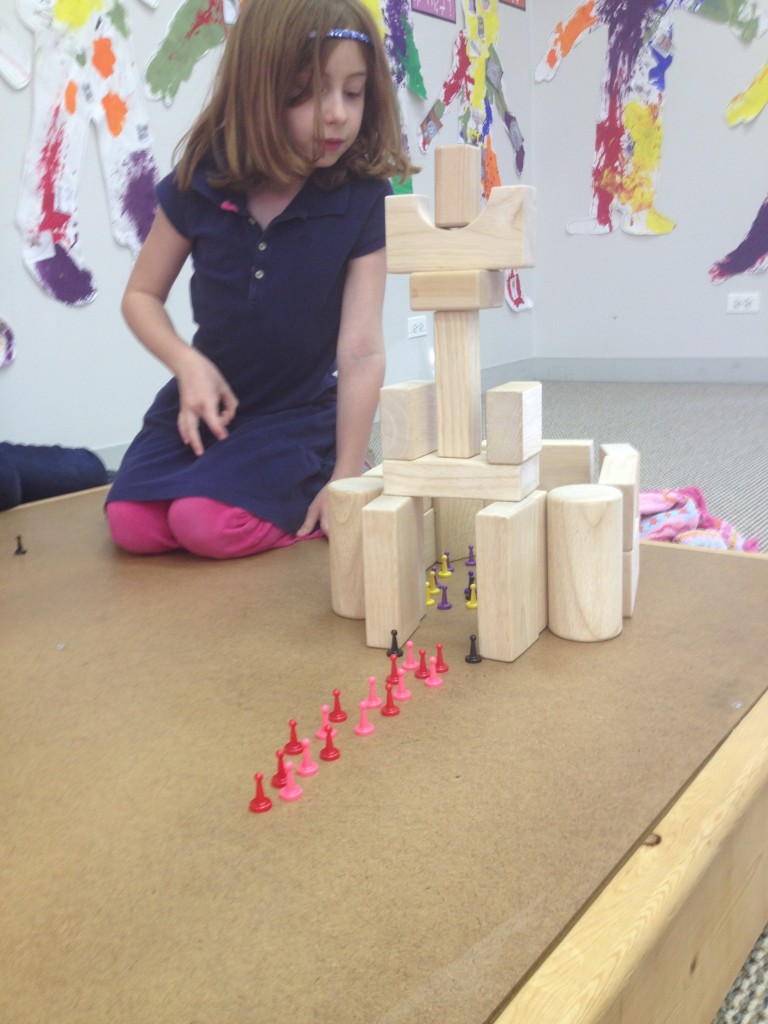 “We’re going to celebrate this holiday every year. And while we’re celebrating we’re going to do some special things. We’ll shake the lulav and smell the etrog because when we were going to do Sukkot we were still fighting.”

*Three different endings, written in I Maccabees, II Maccabees, and in the Talmud (Tractate Shabbat 21b). More on these endings coming soon.