Children Work Together to Understand Miracles

The Rabbis Agree With Me!

This week, Nitzanimers learned what that ancient rabbis wondered about Noach’s Ark. Some of the rabbis’ questions/answers were similar to the Nitzanimers’, and some sparked open dialogue filled with different opinions and even more questions!

A girl’s question (What happened to the fish during the flood?) sparked a conversation:

Boy 2: “I don’t know about that, because I think every sea has their own height of water and it’s getting higher [during the rain], so the fish have to swim up [when the water rises]… they don’t know [the flood] coming…”

Here the girl illustrates the rabbinic answer to her question in a comic. The rabbis teach: “‘…that were on the dry land,’  the Torah says in Genesis 7:22. But not the fish, which were in the sea. — [Sanh. 108a]. The rabbis didn’t believe the fish were wiped out with the other animals.

She was suprised to hear that the rabbis agreed with her, as her answer the to the question What happened to the fish? was “they stay in the water… they swim next to the ark”! 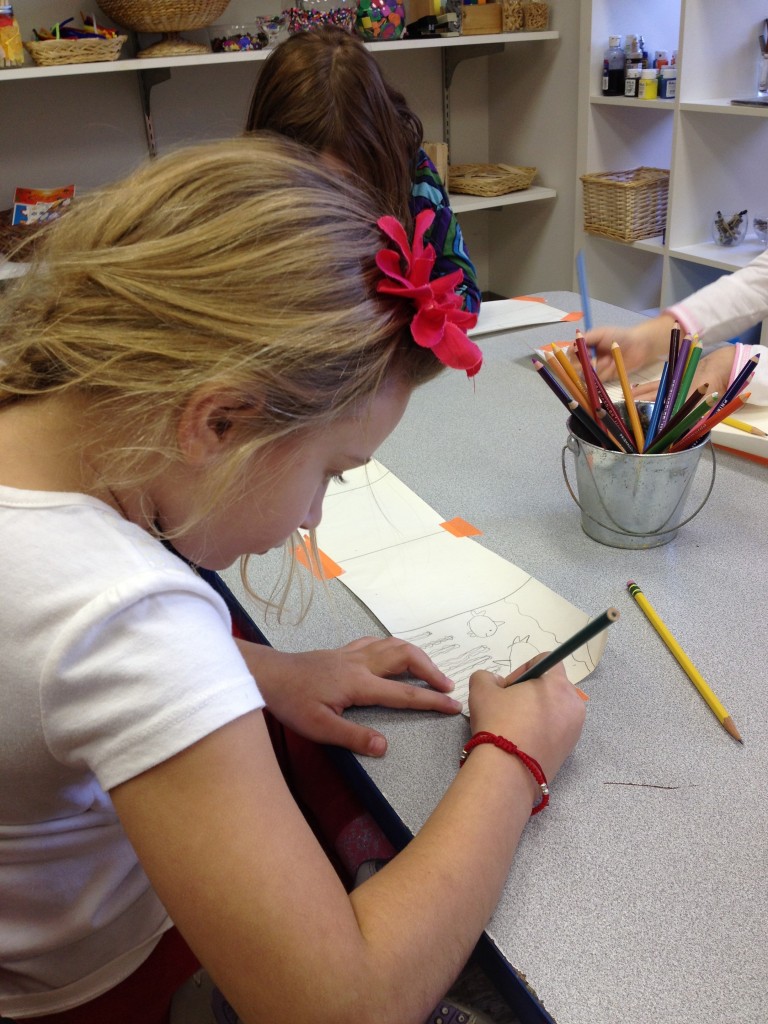