The Rabbis Agree With Me!

Children Work Together to Understand Miracles

We’re learning what the ancient rabbis say about the flood story. One of the rabbis says that there was a miracle to fit all of the animals and food onto the ark.

Rabbi Rebecca: Let’s see if we can find some words…

Girl 1: I can kind of explain.

Rabbi Rebecca: Would you like to start us out and we’ll see if we can together figure out some words to explain.

Boy 1: And usually you don’t expect it.

Rabbi Rebecca: One of the things about a miracle, um, {Girl 2} called it “magic.”

Girl 1: Yeah, that’s pretty, basically what it is. Because magic is surprising and unexpected.

Rabbi Rebecca: Something that…

Rabbi Rebecca: Would it happen in the natural world, regularly?

Boy 1: Only in a magic show. Like at Akiba-Schechter, we saw a magic show where a magician made money come out of two people’s ears and nose.

Rabbi Rebecca: Now, was that real magic, was that a trick?

Rabbi Rebecca: Is a miracle like the tricks of a magic show?

Girl 1: No way. It means that like it’s magic, except it’s something that people can’t do. It’s something, like, impossible, it would be impossible.

Boy 1: Even for a magician.

(The children spot a keshet on the table and start singing, ending the conversation.) 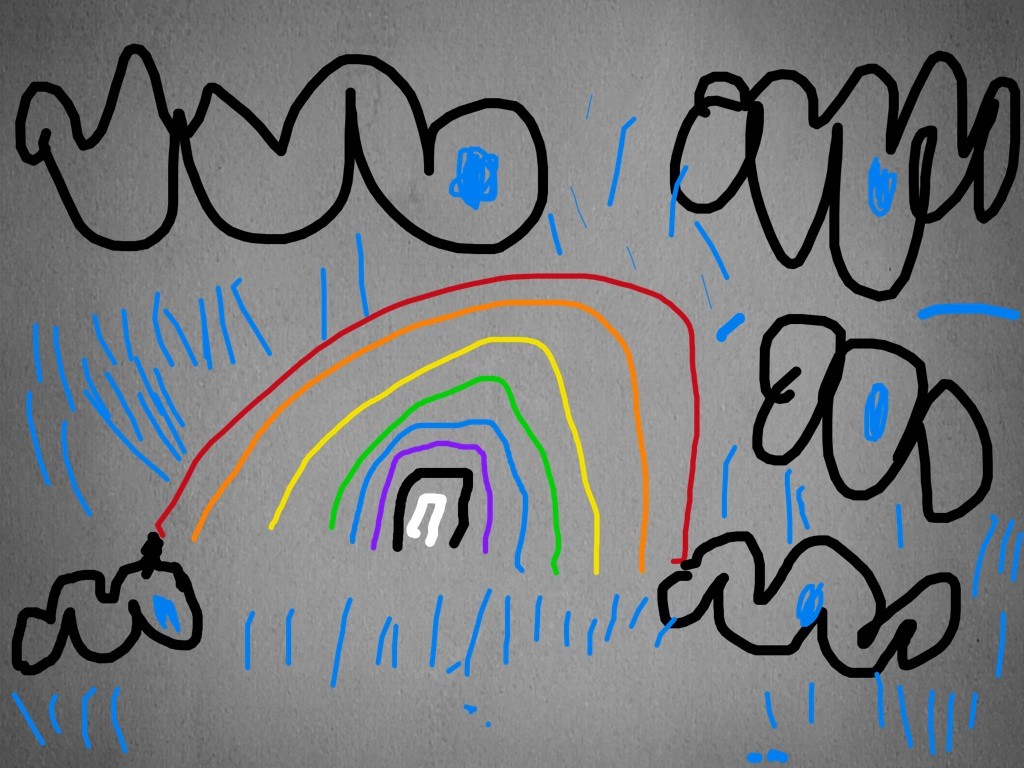 Even when we grab a parent’s iPad to draw at home, we still have keshets on our mind!