First Grader Perspective: Why We Have Different Religions After the Flood

First Grade Boy: “I think that parts of the story are true and parts are not. Like it’s true that there was a flood but it didn’t destroy everything. Just the bad people. I don’t know if all of them [the people] were bad. I think there was just one other family that was just okay – not bad and not good.

“And I think that the part with the ark is true, but the other people were good swimmers so they could hold onto the ark. Because there’s different religions.”

Rabbi Rebecca: “What do you mean?”

First Grade Boy: “Because then there should be two families that were still alive.”

Rabbi Rebecca: “Tell me about these two families.”

First Grade Boy: “I don’t know, but there needed to be at least two.” 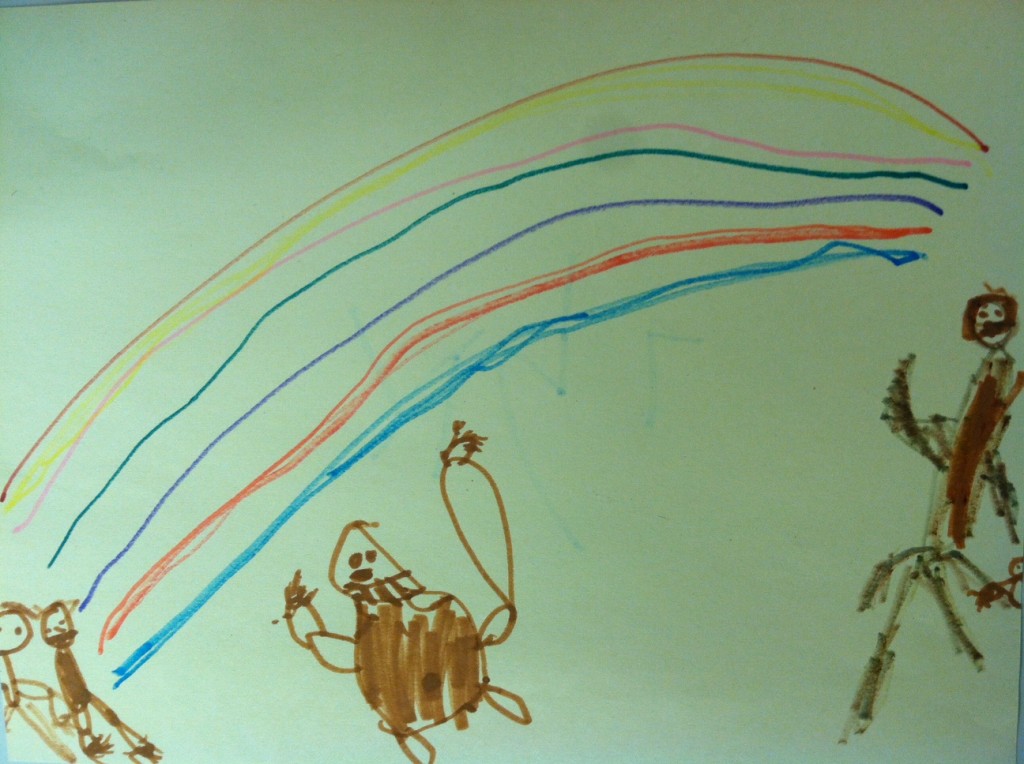 Two families after the flood, because there are different religions today. (The people on the left and center are part of the same family, he told me.)