This week we continued our Shavuot learning by asking the question: what exactly is a “harvest”?

First, we read the wonderful book “Pancakes, Pancakes!” by Eric Carle, which tells the story of all the work required to make a single pancake… (milking the cow, churning the butter, feeding the chicken so it lays an egg…) 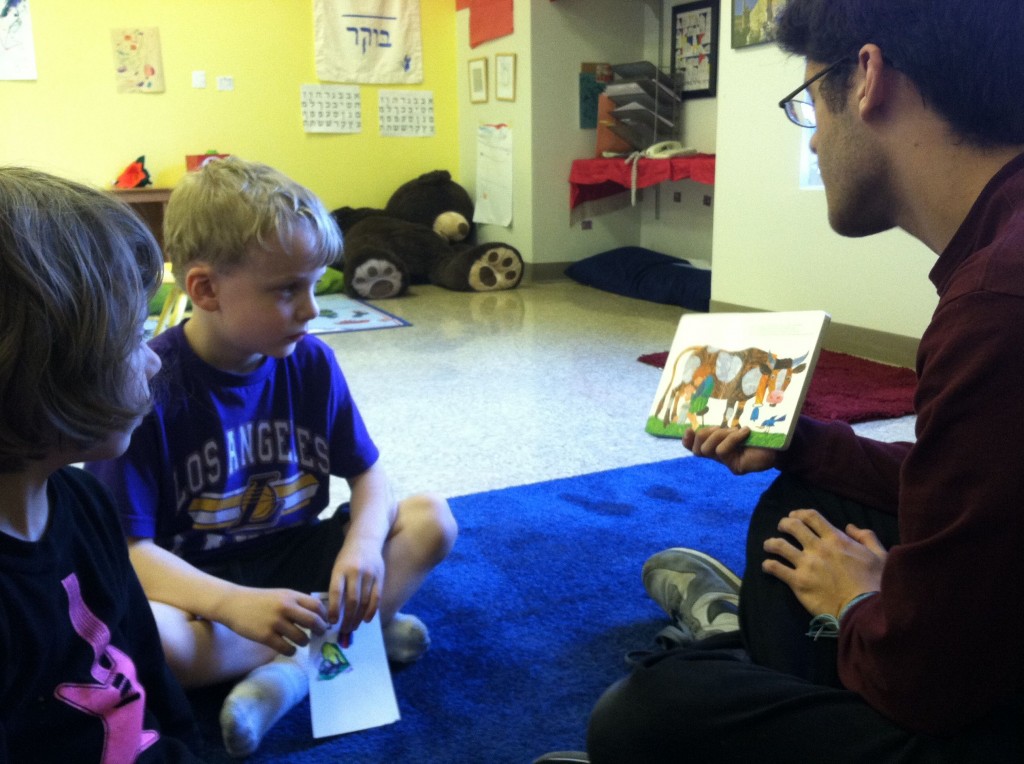 Then, we focused on one of those steps which we specifically see in the Book of Ruth: harvesting wheat into flour.*

First, we used our imaginary scythes to chop the wheat stalks. 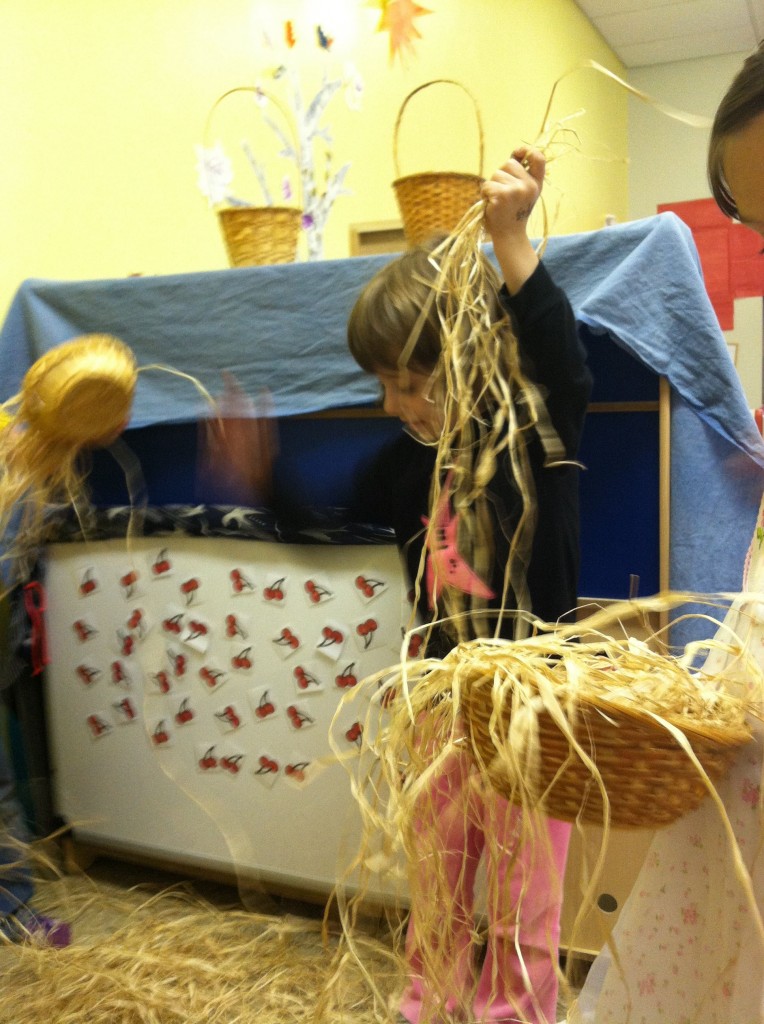 Next, we carried our wheat over to the threshing square. We used our imaginary flails to separate the grain from the wheat and the chaff (which is the stuff we don’t want!). 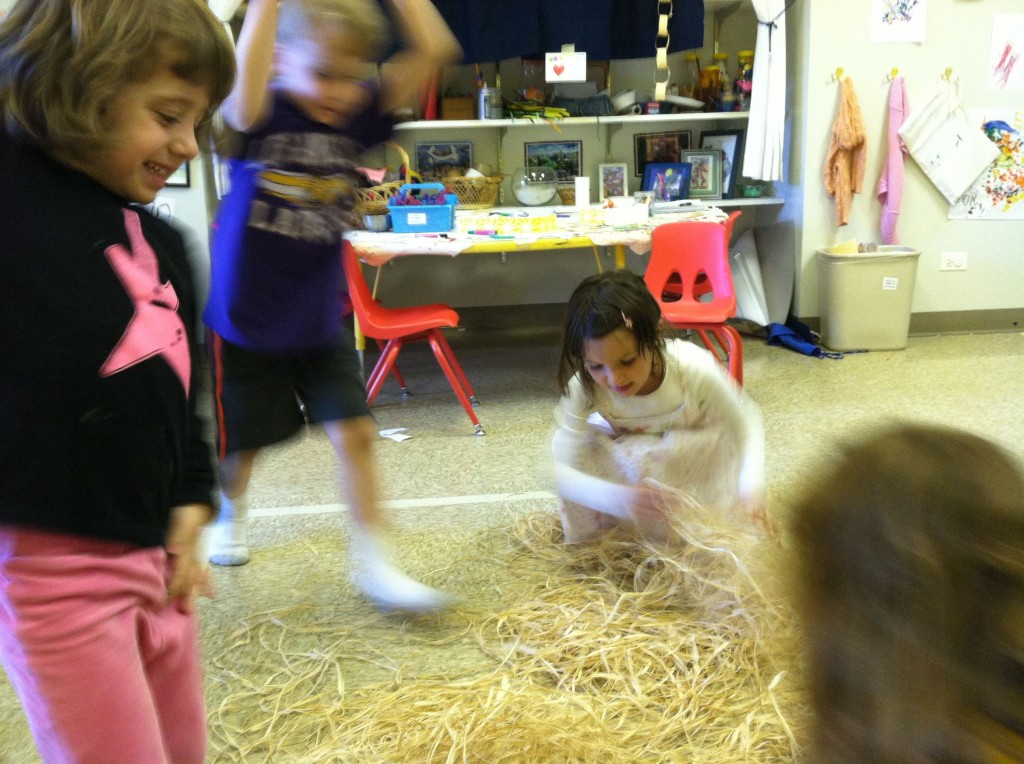 Then, we picked up the grain out of the chaff and put it into our grain jar (which has corn in it!). 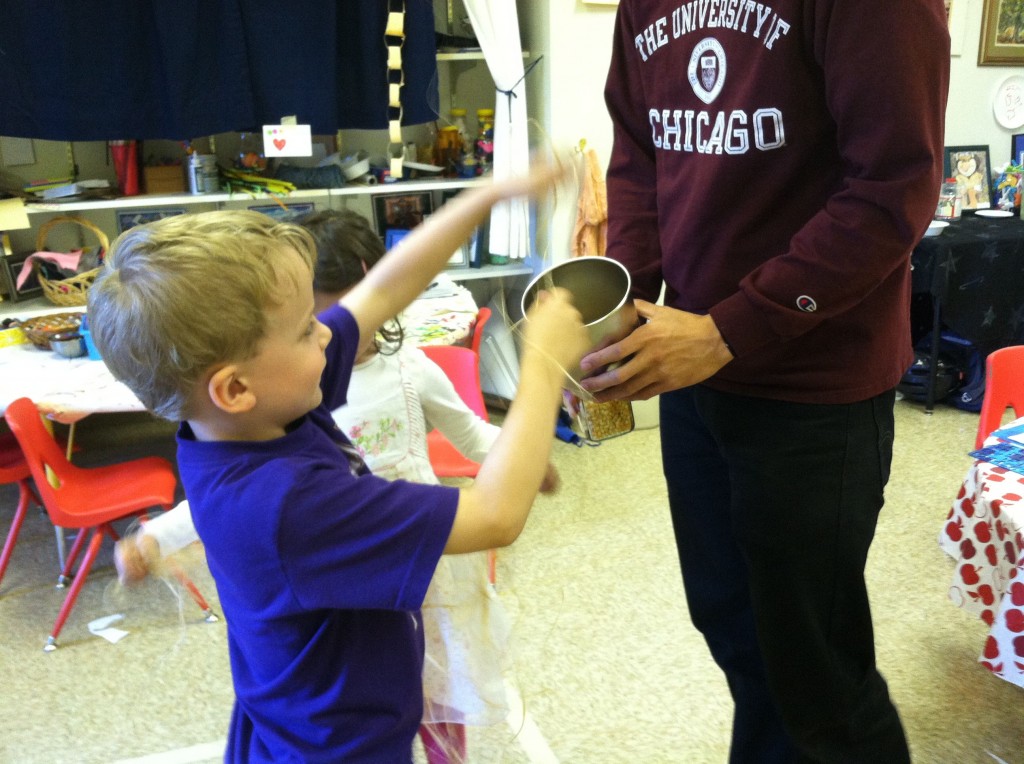 After collecting all of our grain, we left the threshing square and walked on over to our real-life cast-iron corn, wheat, and nut mill to grind our grain into flour! 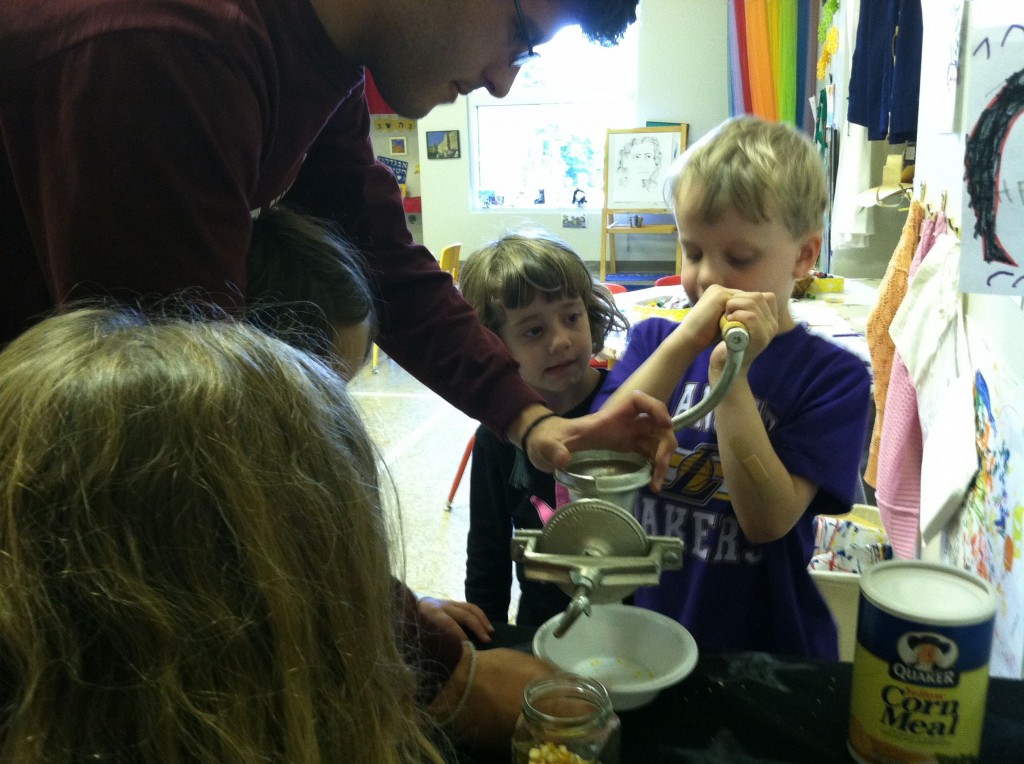 It was messy. It was hard. And it was fun.

When we finished, we compared the “flour” we had made to corn flour that had been ground by a machine. 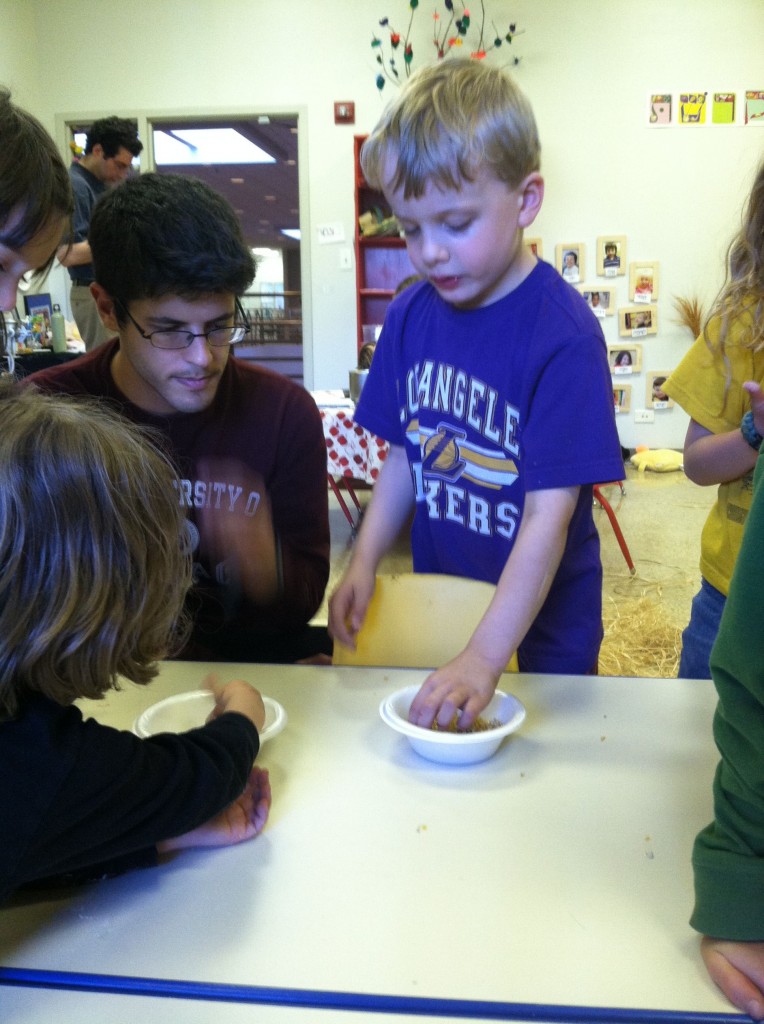 Our flour was described as big and “pokey”. We learned that it’s not so easy to make flour by hand. Knowing this, we can begin to appreciate what it means to harvest using modern technology, and also begin to think about how lucky we are to have so many different kinds of food make it to our plate every night for dinner. Understanding what a harvest is, and what it takes, is crucial to understanding many Jewish holidays, Shavuot included.

*In the Book of Ruth, Ruth harvests barley for Naomi, not wheat, which is what we used in Beit Shorashim.